You are here: Home Blog Freud in Focus 2 Podcast

The Freud Museum is releasing the Second Series of our podcast ‘Freud in Focus’, presented by Tom DeRose and Jamie Ruers. 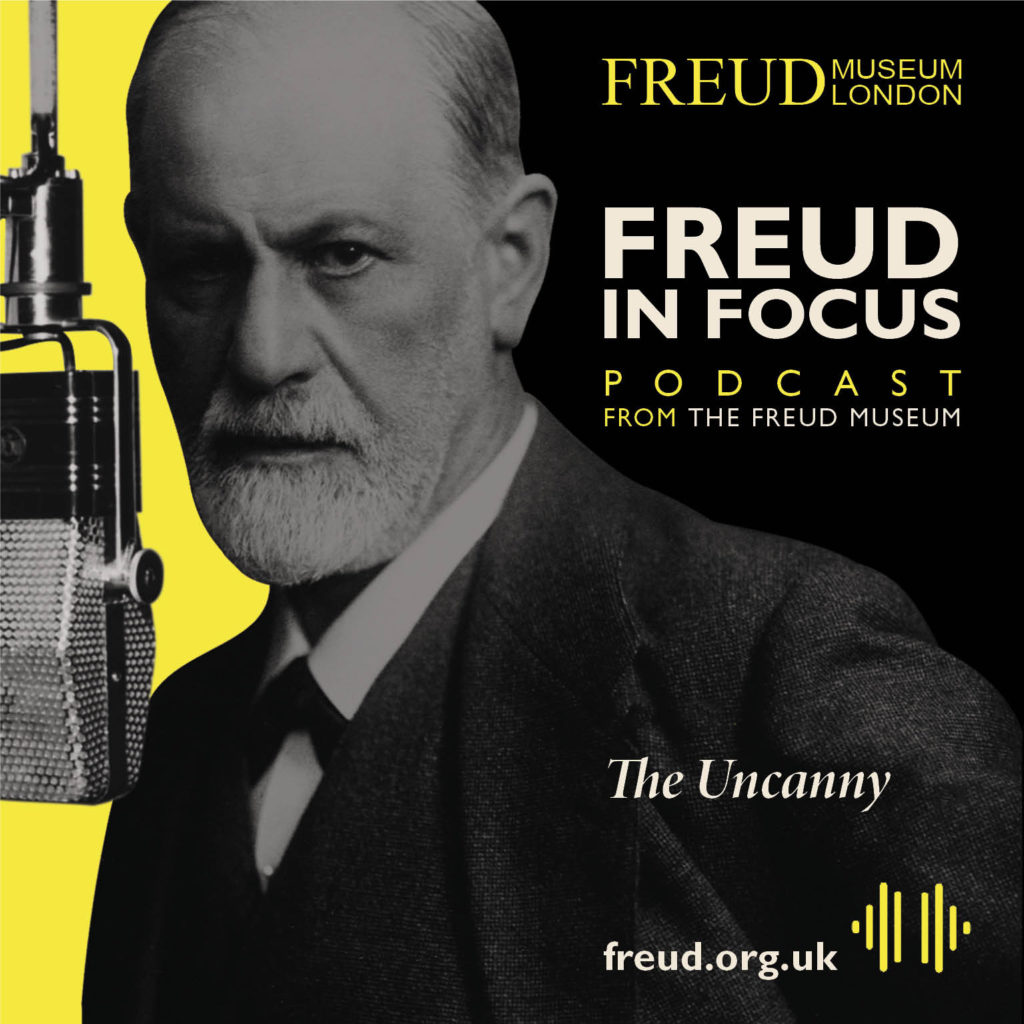 The Freud Museum is releasing the Second Series of our podcast ‘Freud in Focus’, presented by Tom DeRose and Jamie Ruers.

In these 4 episodes, we will discuss Freud’s fascinating foray into the field of Aesthetics, ‘The Uncanny’. Closely reading the text itself, we will attempt to draw out some of the themes and ideas that underpin one of Freud’s most thought-provoking works.

‘Freud in Focus 2: Episode 1’ will be aired on Wednesday, 24th August 2021 and a new episode will be released every other Wednesday.

To close our Uncanny series, we are bringing you a special bonus episode from our archive. In a live lecture originally delivered at the Freud Museum in January 2020, Dr Aaron Balick looks at deepfakes, artificial intelligence, and social media algorithms as he uncovers ‘Why might some forms of technology give us the creeps’.

In this final episode exploring The Uncanny, Tom and Jamie look at the impact Freud’s paper had on literature and the arts. Our hosts also reflect upon the Freud Museum’s 2019 exhibition The Uncanny: A Centenary.

In this episode, Tom and Jamie will look at the third and final Part of Freud’s The Uncanny, where Freud concludes by differentiating the uncanny in literature to real-life experiences.

In this episode, Tom and Jamie will be looking at part 2 of Freud’s paper The Uncanny, in which Freud delves into the wonderful world of Hoffmann’s ‘The Sandman’ and discusses doubles, hauntings and inexplicable repetitions in his search for the core of the uncanny effect.

In the first episode, Tom and Jamie will introduce Freud’s 1919 paper The Uncanny. We will look closely at the unusual structure of the first section in this 3-part essay.

Visit our online shop for a selection of books and gifts related to ‘The Uncanny”.

Posted in Podcast by Alice Rosenbaum on August 19th, 2021. Tags: Freud in Focus