You are here: Home Blog The Uncanny

One hundred years ago, Sigmund Freud wrote his paper on ‘The Uncanny’ (Das Unheimliche). By Jamie Ruers

One hundred years ago, Sigmund Freud wrote his paper on ‘The Uncanny’ (Das Unheimliche). His theory was rooted in everyday experiences and the aesthetics of popular culture, related to what is frightening, repulsive and distressing.

The paper tackles the horrific concepts of inanimate figures coming to life, severed limbs, ghosts, the image of the double figure (doppelgaengers) and lends itself to art, literature and cinema. 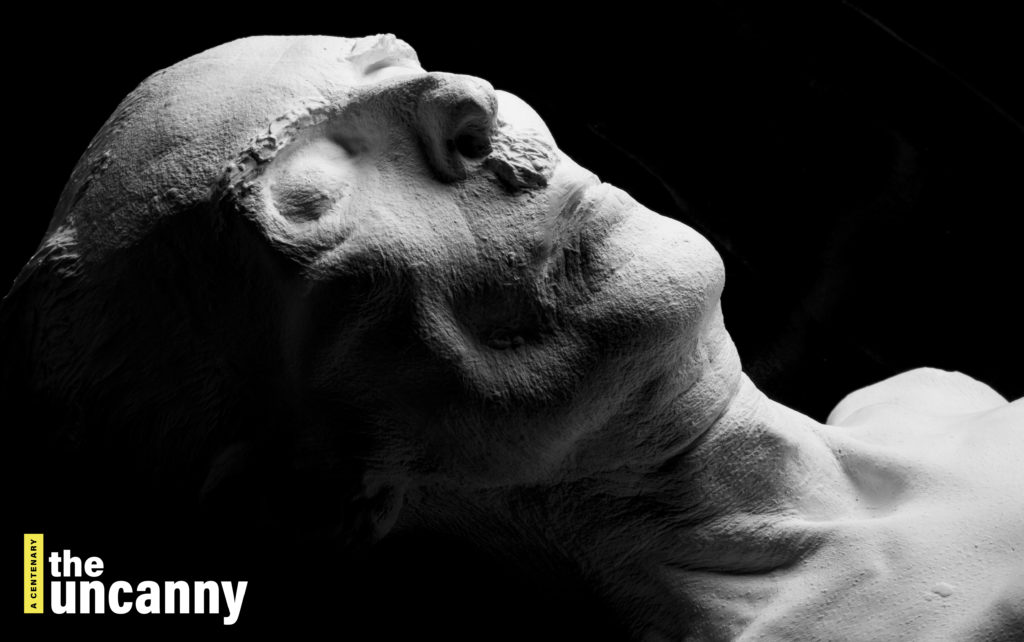 Freud’s essay is written in two parts. The first part explores the etymology of the words ‘heimlich’ and ‘unheimlich’ (or ‘homely’ and ‘unhomely’, as it directly translates into English), their uses in the German dictionary and how these words are used in other languages. This must have been an unimaginable challenge for the translator!

In the second part, Freud begins to tackle people, things, self-expressions, experiences and situations that best represent the uncanny feeling.

Freud’s paradigm example is the short story of E.T.A. Hoffmann’s ‘The Sandman’, a tale that parents would tell their children to encourage them to go to sleep. The story goes that the child must be asleep for the Sandman to put sand in the child’s eyes – if they are not asleep, the Sandman will take out their eyes. The protagonist is a boy named Nathaniel whose fate eventually does fall to the Sandman, losing not only his sight but his sanity, then his life. Freud asserts that the removal of the eyes alludes to an infantile fear of castration, but the castration complex is masked by a fear of losing a different sensitive organ: the eyes. This same theme is present in the tragedy of Oedipus. 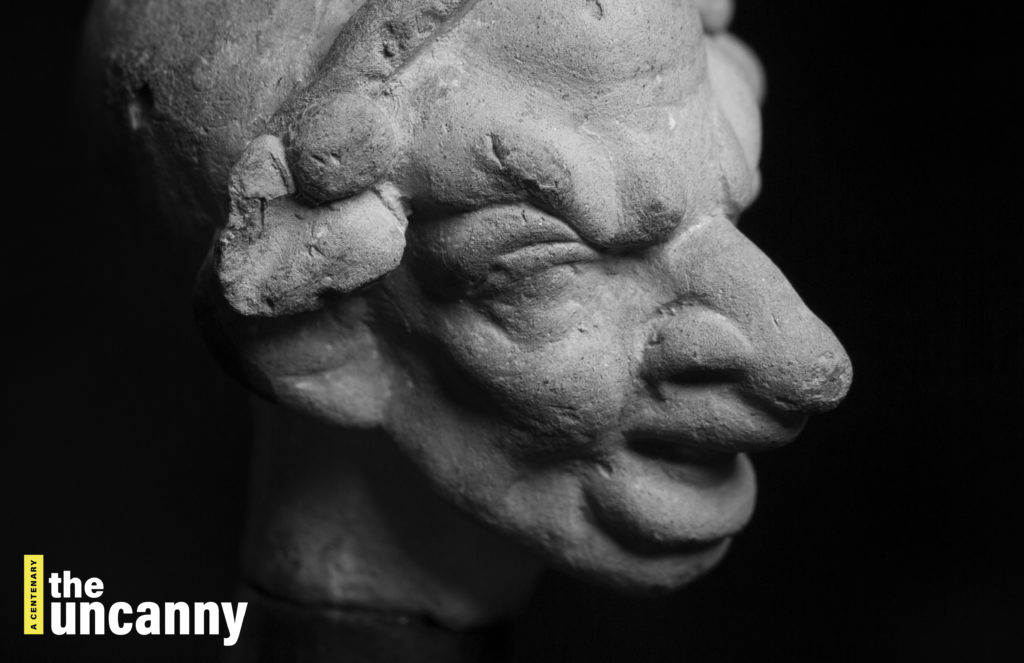 Freud also touches upon the notion of ‘the double’ or, as it is better known, the doppelgaenger, first explored in the psychoanalytic literature by Otto Rank in 1914. Freud writes that doppelgaengers can be found in:

Mirrors, shadows, guardian spirits, with the belief in the soul and the fear of death. The idea of the eternal soul allows us an energetic denial of the power of death. This was the first double of the body. From having been an assurance of immortality, it becomes the uncanny harbinger of death. (p. 235)

“Uncanny is in reality nothing new or alien, but something which is familiar and old-established in the mind and which has become alienated from it only through the process of repression.”Sigmund Freud

One only needs to think of Stanley Kubrick’s cinematic horror adaptation of Stephen King’s ‘The Shining’. An eerie mansion, haunted by people known to have died, whose mutilated figures still appear in the grounds where they were murdered. These are doubles, other versions of themselves. We see them moving, but are they alive or dead? Many people experience the uncanny to its highest degree with death, dead bodies and the return of the dead. This fear stems from the fact that nobody can truly grasp their own mortality.

We can understand why linguistic usage has extended das Heimliche into its opposite, das Unheimliche; for this uncanny is in reality nothing new or alien, but something which is familiar and old-established in the mind and which has become alienated from it only through the process of repression. (p. 241, SE XVII)

Through this process, we can see that the nature of the uncanny is entirely subjective, based upon our own experiences but haunts each of us to varying degrees.

Buy The Uncanny by Sigmund Freud from the museum shop now.

Examples of the Uncanny

Examples of situations that can provoke an uncanny feeling include inanimate objects coming alive, thoughts appearing to have an effect in the real world, seeing your double (the doppelgänger effect), representations of death such as ghosts or spirits, and involuntary repetitions. The uncanny arises when childhood beliefs we have grown out of suddenly seem real. Freud called it ‘the return of the repressed’.

The Uncanny in Art

Waxwork dolls, automata, doubles, ghosts, mirrors, the home and its secrets, madness and severed limbs are mentioned throughout The Uncanny, influencing painters and sculptors to explore these themes and blur the boundaries between animate and inanimate, human and non-human, life and death. 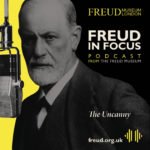 Listen to the Second Series of our podcast ‘Freud in Focus’. We discuss Freud’s fascinating foray into the field of Aesthetics, ‘The Uncanny’. The series is presented by Tom DeRose and Jamie Ruers.

Posted in Museum Blog by Jamie Ruers on September 18th, 2019. Tags: The Uncanny