You are here: Home About Us Staff & Trustees 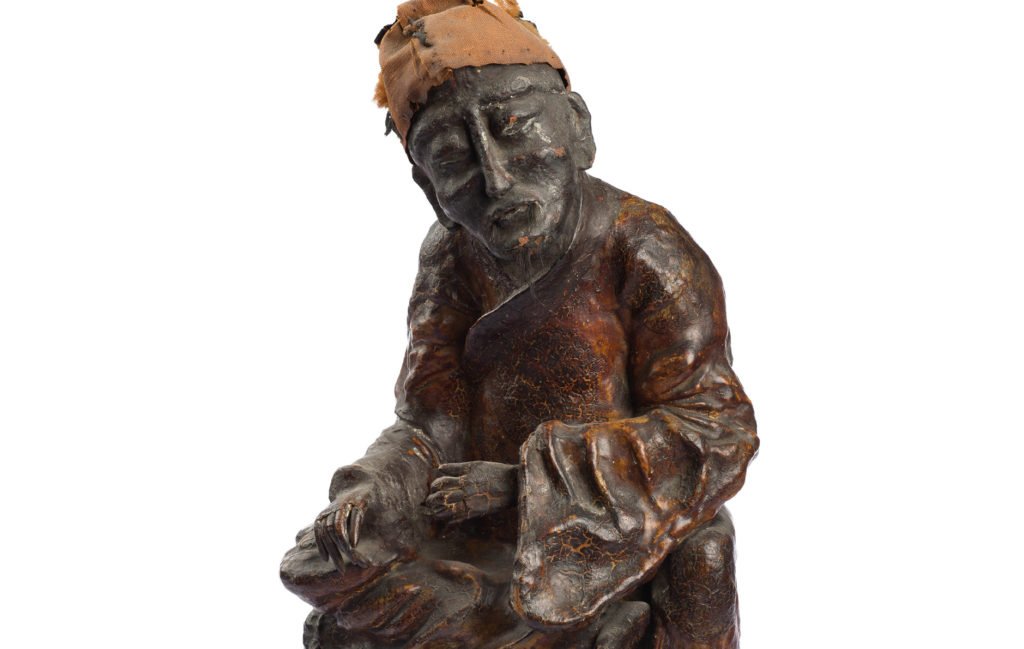 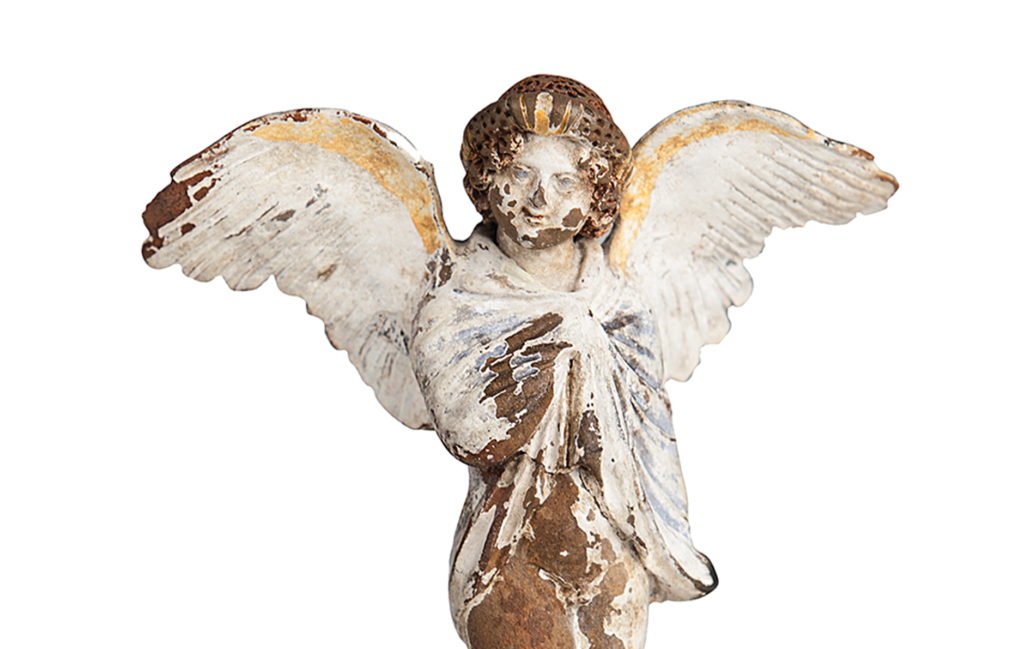 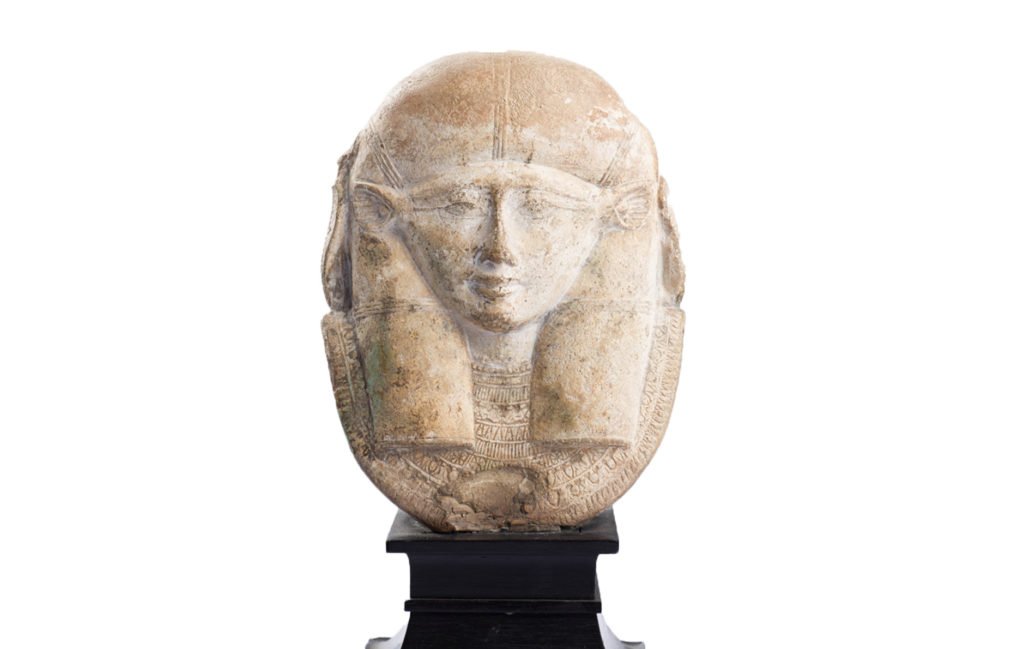 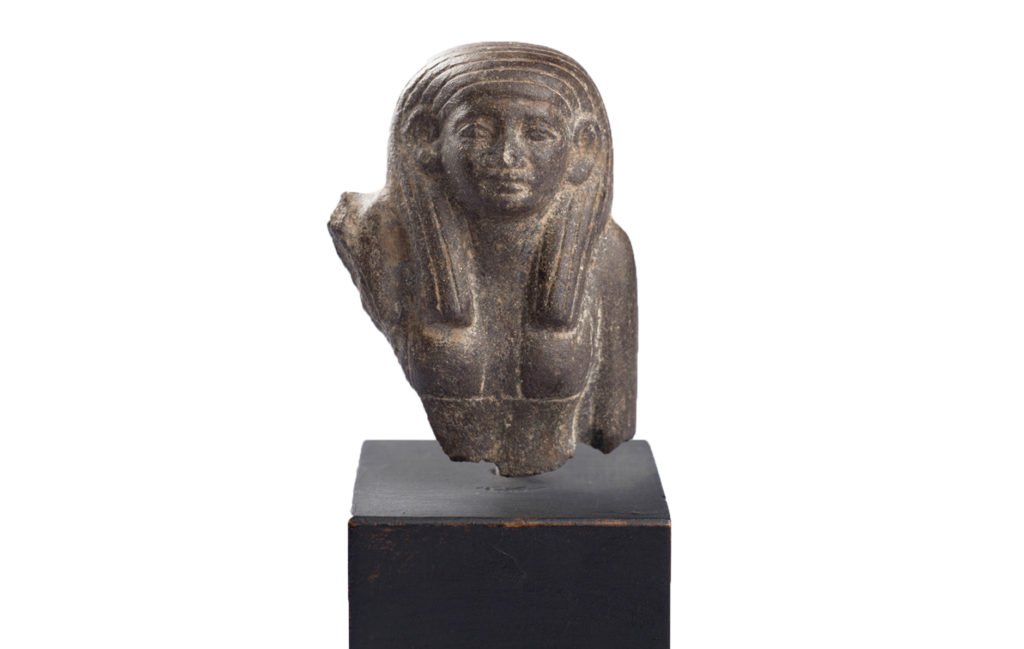 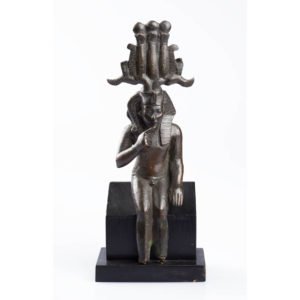 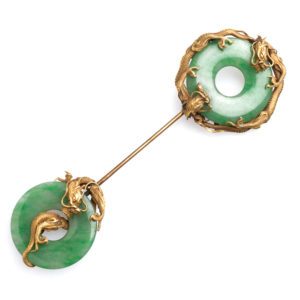 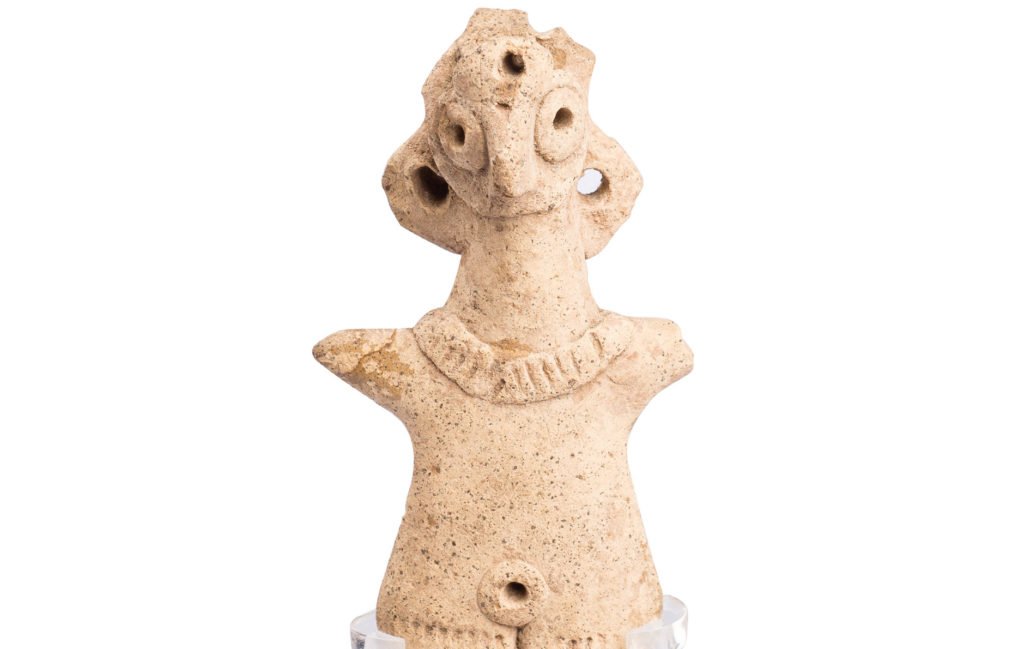 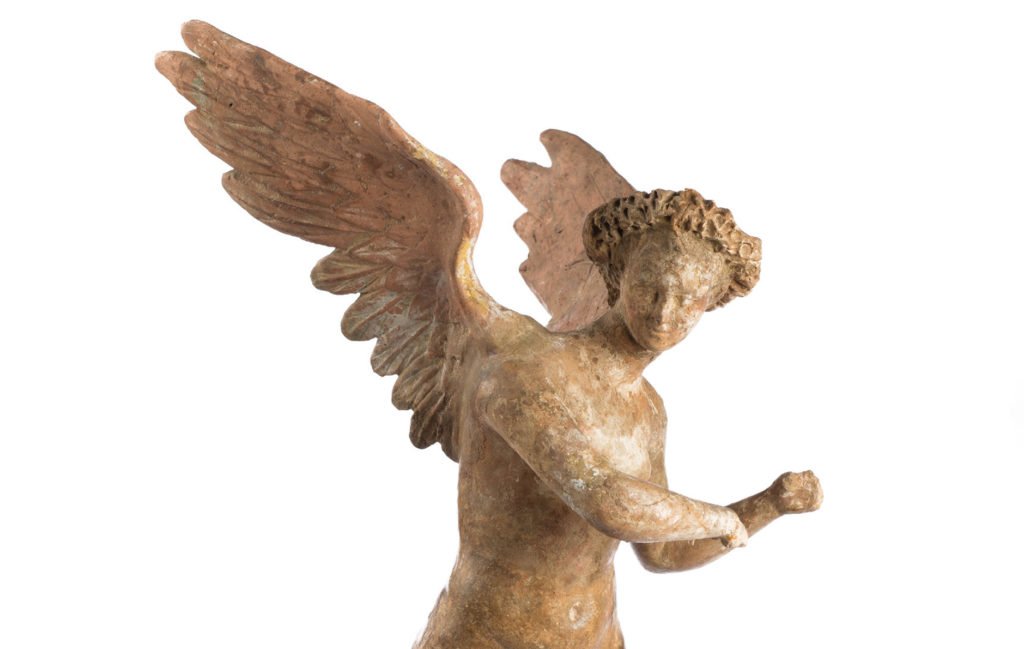 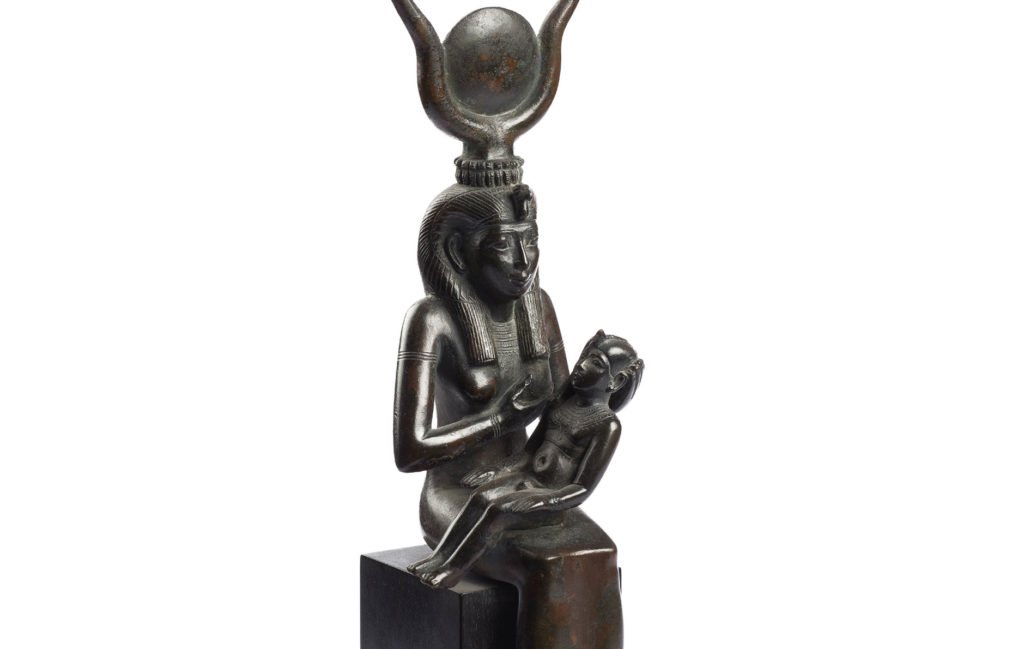 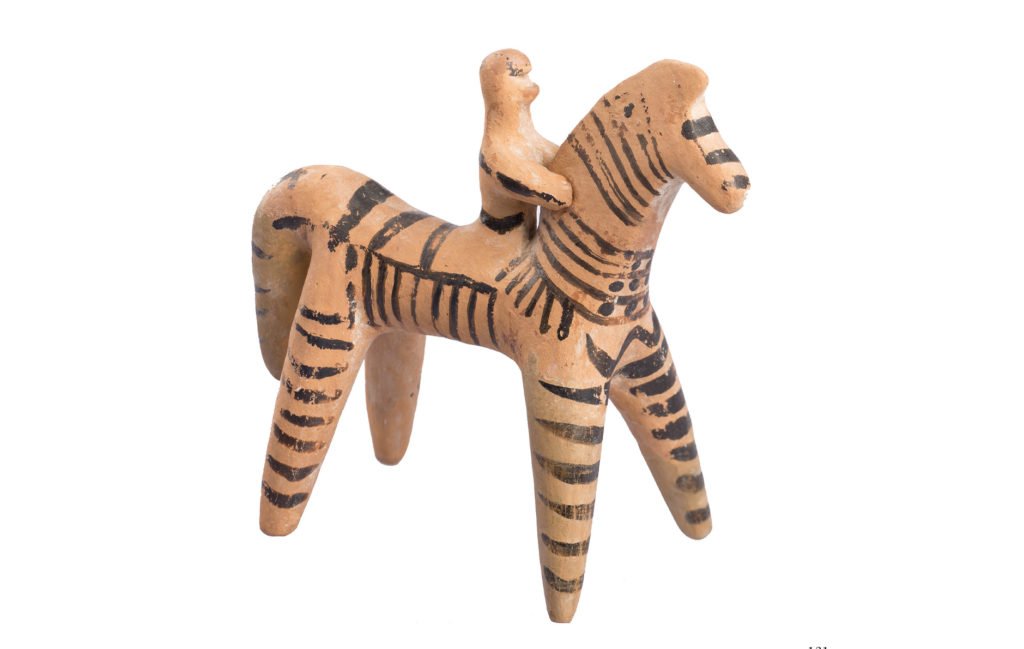 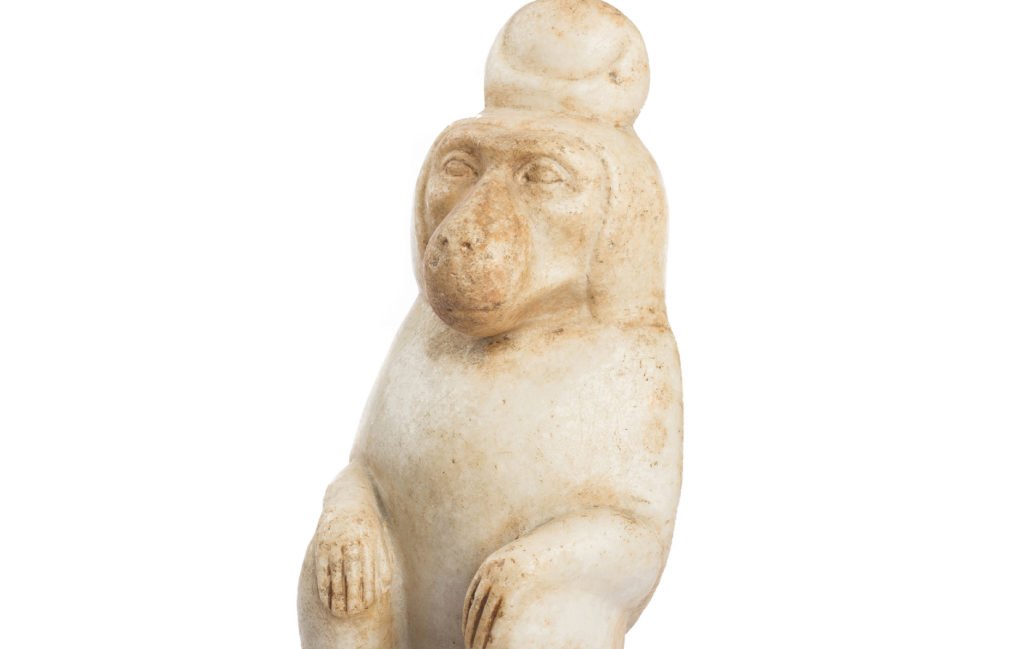 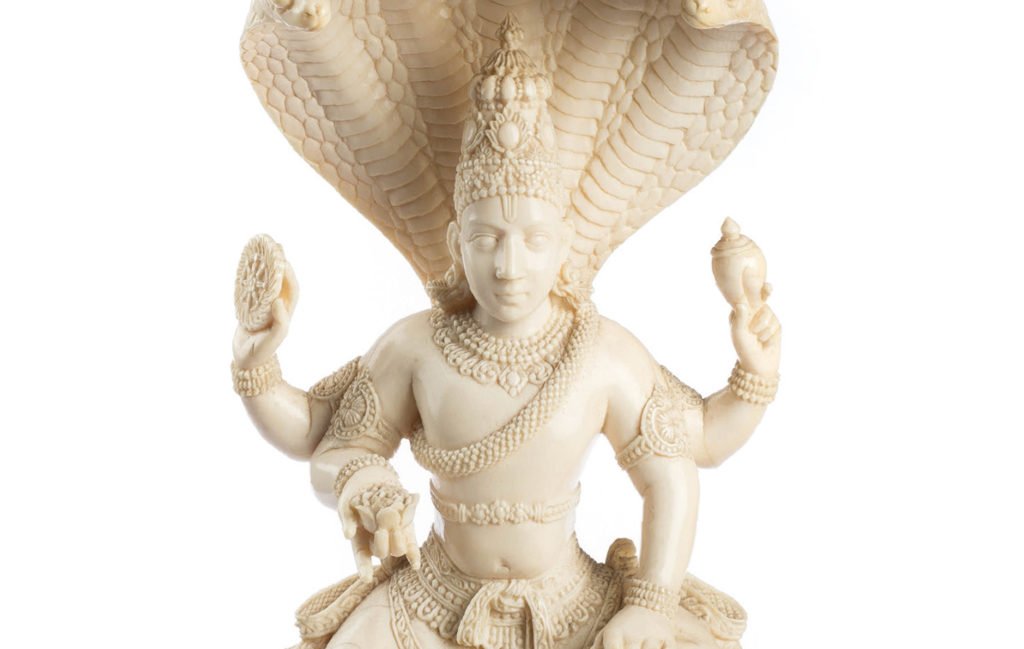 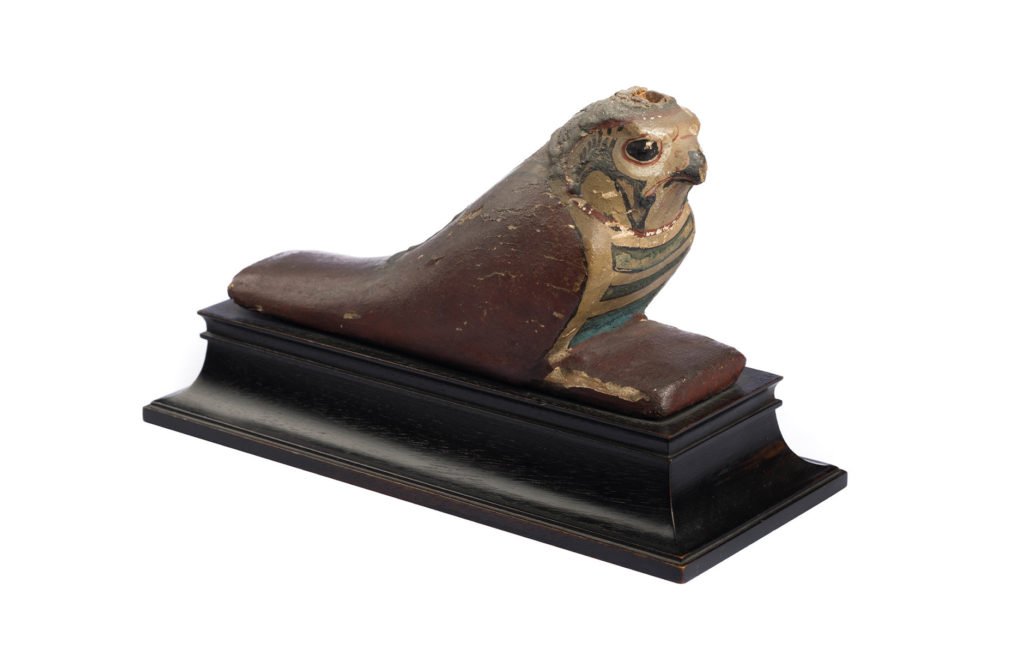 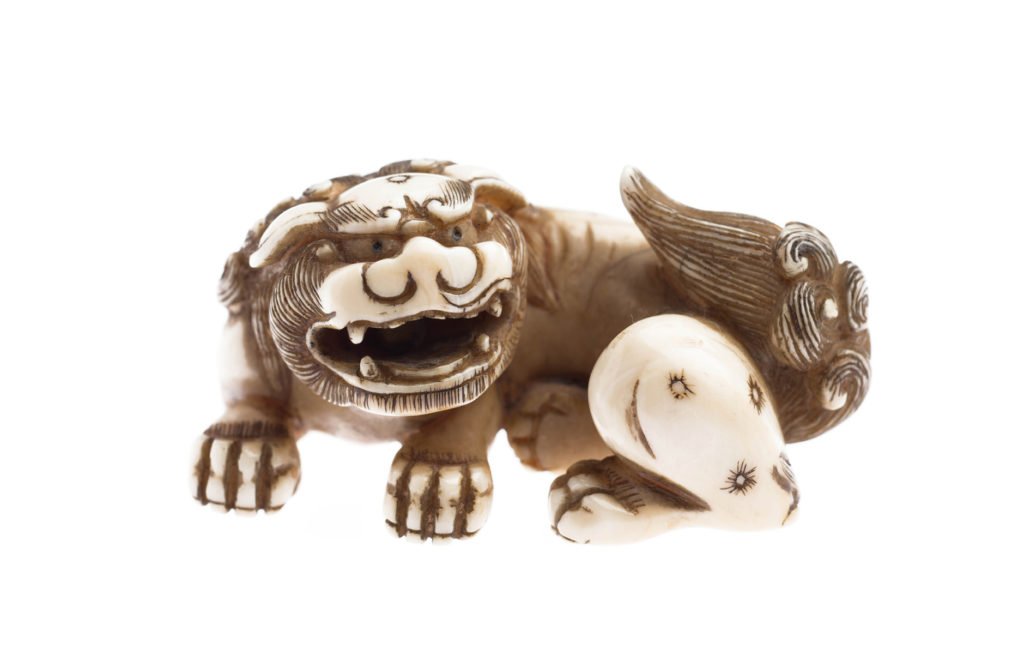 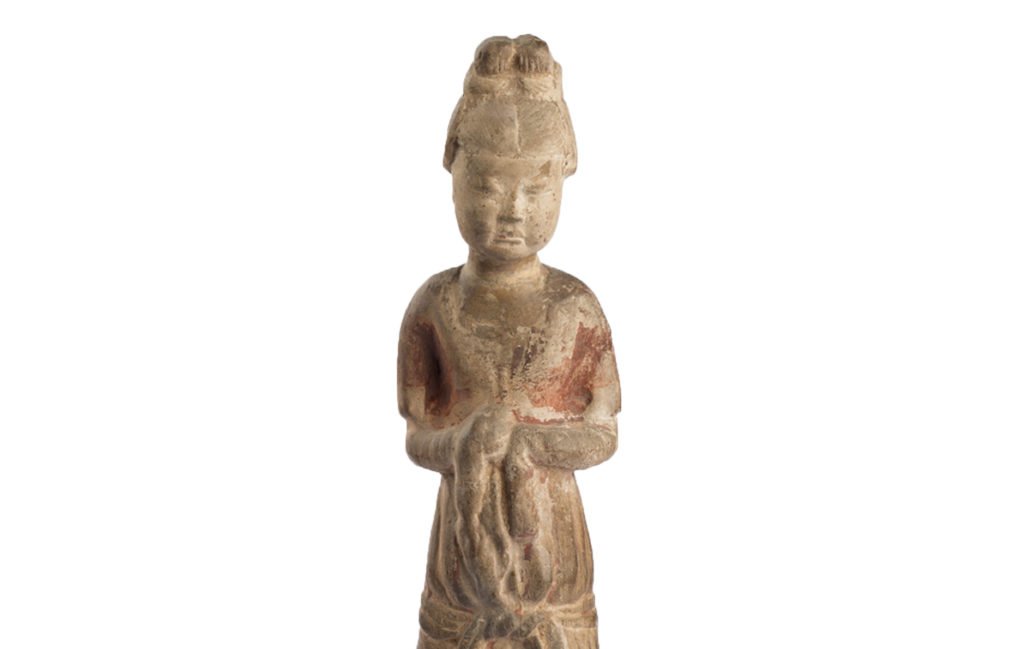 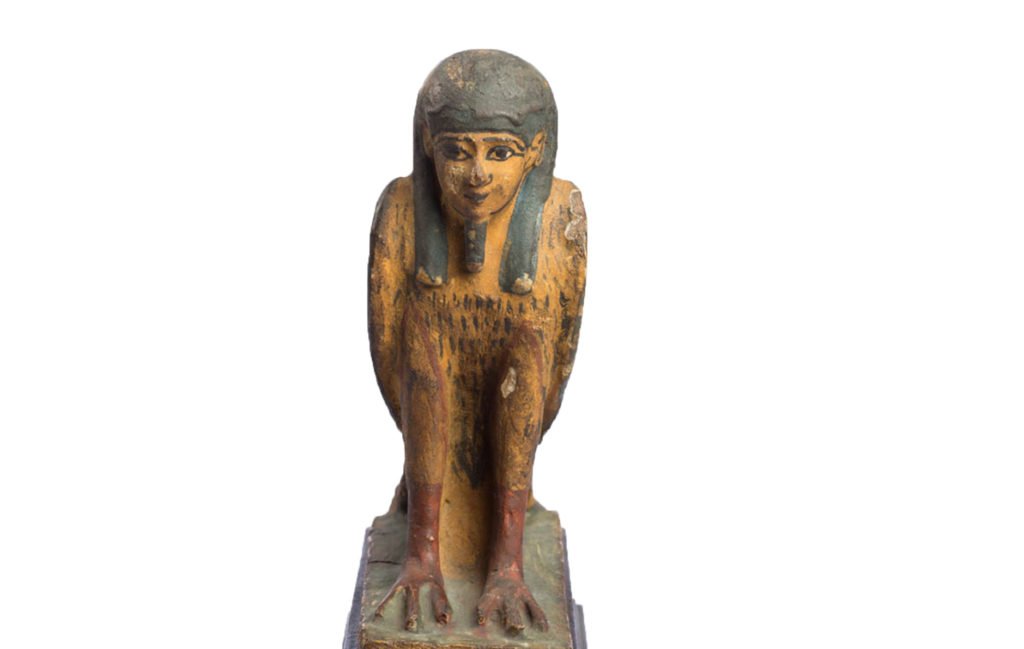 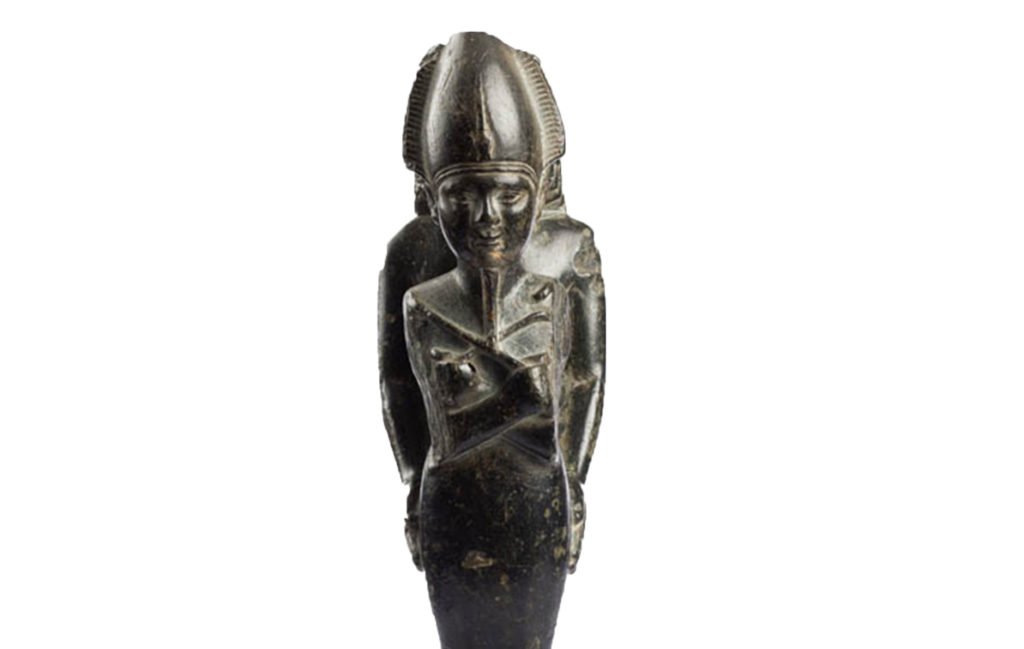 David Freud’s first career was as a journalist, training in Cardiff on the Western Mail and then moving to the Financial Times, where he spent his last four years writing the Lex Column. In 1984 he began his second career, in the City, where he specialised in equity markets, company flotations and transport. His most dramatic deal was the flotation of Eurotunnel in the teeth of Black Monday. He ended up as Vice Chairman at UBS before retiring in 2003. Afterwards he wrote a book on the experience called Freud in the City.

A spectacular failure as a retiree, he took up a job as CEO of the Portland Trust, which worked on both sides of the Israel/Palestine divide. Here he designed the initiative to build Rawabi, the first planned city for Palestinians in modern times.

He also produced an independent report for the UK Labour Government on welfare to work in 2007, called Reducing Dependency, Increasing Opportunity. This led to a job as Conservative Minister for Welfare Reform (2010-16), where he worked to reshape the British welfare system. In particular he was involved in creating and shaping Universal Credit, to break the poverty and welfare traps.

Currently practising as an arbitrator and mediator at Brick Court Chambers, Sue has had a distinguished career in commercial and corporate litigation at the Bar and as a solicitor. From 2008 to 2020, Susan was the co-managing partner of the London office of the US litigation law firm, Quinn Emanuel LLP, and since 2018, Sue is a non-executive director of S4 Capital plc and Bloc Ventures. Sue also sits on the Board of the Hampstead Theatre.

Susanna Abse is a psychoanalytic psychotherapist. She was Chair of The British Psychoanalytic Council from 2018–2021 and was CEO of Tavistock Relationships from 2006–16. Alongside her psychotherapy practice, Susanna works as an organisational consultant and coaches senior leaders in the corporate section, the NHS, in charities and higher education. Susanna is also a Senior Fellow of The Tavistock Institute of Medical Psychology; a Fellow of the Centre for Social Policy at Dartington, and Series Co-Editor of ‘The Library of Couple and Family Psychoanalysis’ for Routledge Books. Her first book, Tell Me Truth About Love, for Ebury Press was published in May 2022 and her other publications include writings for the New Statesman, New Associations and for the Open Society European Policy Institute.

Suzanne Bardgett is Head of Research and Academic Partnerships at Imperial War Museums, where she is responsible for initiating research projects across the IWM’s remit. Past achievements include leading the team that created the Holocaust Exhibition which ran at IWM London from 2000 to 2021. In her current role, Suzanne has led or co-led a number of Arts and Humanities Research Council-funded projects, mainly on aspects of IWM’s collections. Suzanne is also Series Editor with Ben Barkow of the Palgrave Macmillan’s The Holocaust and its Contexts. Her book Wartime London in Paintings, about the IWM’s officially commissioned paintings of London during the Second World War, was published in 2020.

Head of Trusts and Social Impact at the Philharmonia, Anne has worked at Historic Royal Palaces, English National Ballet, and a number of disability organisations. Outside of her day job, Anne is on the board of Teatro Vivo theatre company. Previously, she mentored through Mentoring Pathways, was an Enterprise Advisor within the Mayor of London’s Enterprise Network, and was a Management Committee member of Angelshed, an inclusive theatre company. Anne is undertaking a part-time history PhD, building on her MA research, focusing on ideas of selfhood and identity, something which relates closely to Freud’s work.

Dan Chambers is the Creative Director and co-founder of Blink Films, one of the UK’s leading factual production companies. Dan specialises in ambitious factual shows for the British public service terrestrial broadcasters, and American broadcasters. He has created various long-running history strands, including Secrets of the Dead for Channel 4, Revealed for Channel 5, True Stories for BBCWW, and Ancient Mysteries at Blink Films. He’s been responsible for various award-winning shows including Dambusters Revealed (RTS Best Factual) and Meet The Sloths (Panda Wildlife). He has created a host of successful cookery shows, including Tom Kerridge’s American Feast, John Torode’s Asia, and Chinese Food In Minutes with He Ching. He’s created various animal and wildlife series including the recent BBC’s Dog Tales and Cat Tales, and Love Nature’s Life and Death in the Amazon. Dan has previously been the Director of Programmes at Channel 5 responsible for overseeing all the channel’s output from 2003 to 2006, and The Head of Science at Channel 4, responsible for a range of programmes from Scrapheap Challenge to the first ever series of Big Brother on British TV.

Louise Hillman qualified as a chartered accountant with Deloitte & Touche. Louise worked for Credit Suisse before moving to the social sector, working for an international NGO and a charity which helped others scale their social impact, before taking on her current role as Head of Finance for the Medical Research Foundation.

Stephen Kon is a practising solicitor of 40 years standing, specialising in EU and competition law. He was previously an academic in the School of European studies at Sussex University and Senior Partner of a City law firm. He chaired for five years the London Jewish Cultural Centre and is currently a Trustee of the Association of Jewish Refugees.

Wendy Monkhouse has wide ranging curatorial experience and currently works as Senior Curator (South) for English Heritage. She has worked extensively for the National Trust, historic house museums and as an independent curatorial consultant. She has a PhD in Egyptian Archaeology from University College London, and teaches Egyptian and Near Eastern Archaeology at MA and BA level.

Trevor Moross is a Fellow of the Royal Institution of Chartered Surveyors. He is a non-executive director of Hanover Acceptances Limited, the parent company of Dorrington, a privately owned residential and commercial property company. Being particularly concerned with housing he serves on the Board of Metropolitan Thames Valley Housing Trust, one of largest housing associations in the United Kingdom. He is a member of the International Advisory Board of The Academy of St Martin in the Fields, the renowned orchestra and a Trustee of English Touring Opera.

Juliet Rosenfeld is a psychoanalytic psychotherapist and writer who works in London. She has a special clinical interest in both grief and love (as the two are often so profoundly entwined) and working with those who have suffered bereavement, recently or in the past. Juliet read languages at Oxford before a ten year career in advertising and marketing, ending up in the Civil Service. Juliet qualified in 2012 as an integrative psychotherapist but is passionate about psychoanalysis and specifically how it’s ideas can be useful and applied to bigger audiences. Juliet is also an elected Board Member of the UKCP ( United Kingdom Council Of Psychotherapy) which represents 12,000 psychotherapists, and takes a keen interest in how any talking therapy can become more usual, and available to anyone who might benefit from it. She is currently working on her second book and has written for a number of national publications on relationships, grief and psychotherapy.

Anthony is a Chartered Engineer who worked for a FTSE 100 company principally in financial communications. He is a Justice of the Peace and Member of the Independent Monitoring Board at Wandsworth Prison. Anthony is a Trustee of the Association of Jewish Refugees and Chair of MiD Mediation and Counselling. He was Chair of the Wiener Holocaust Library from 2004 to 2018 and received an OBE in the 2021 New Year’s Honours List for Voluntary service to Holocaust remembrance.

Anne is a psychoanalyst and member of the Centre for Freudian Analysis & Research, the College of Psychoanalysts – UK and the Guild of Psychotherapists.

END_OF_DOCUMENT_TOKEN_TO_BE_REPLACED 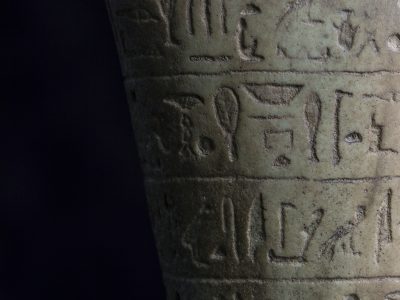 We rely on the support of our visitors, our friends and our patrons to continue our work.