You are here: Home About Us About the House Sigmund Freud’s Famous Psychoanalytic Couch

The centre piece of Sigmund Freud’s study is his famous psychoanalytic couch. Visit the museum and see the couch. 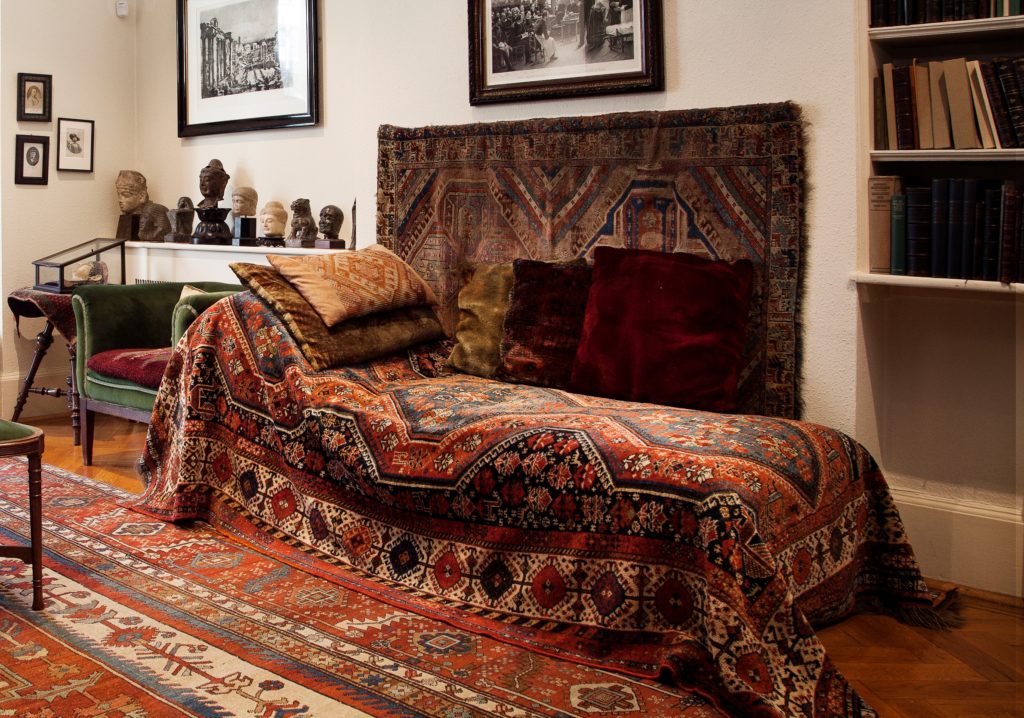 The centre piece of Sigmund Freud’s study – and indeed Sigmund Freud’s work – is his famous psychoanalytic couch. It has become a staple in depicting analysis; on film and television we see patients reclining on it before divulging their thoughts.

Freud’s couch was a present from a patient, a Madame Bevenisti, around 1890. The richly detailed Qashqa’i carpet on top, which Freud himself added, hides a rather plain body, with a rough wooden frame, piled with embroidered cushions. Once covered in the carpet and placed at the centre of Freud’s consulting room the couch gave Freud’s study gravitas and gave his patients a non-medical bed to lie on.

Freud’s couch has come to represent the practice of psychoanalysis itself and is undoubtedly one of the most famous pieces of domestic furniture in the world. It has always been part of Freud’s house, where he had his office, blurring the line between work and home, illness and life. When Freud came to London from Vienna in 1938, the couch came too. It was essential in recreating the same atmosphere of fin-de-siécle Vienna where Freud lived and worked. The famous couch remains at the centre of Freud’s study in the Freud Museum London to this day. 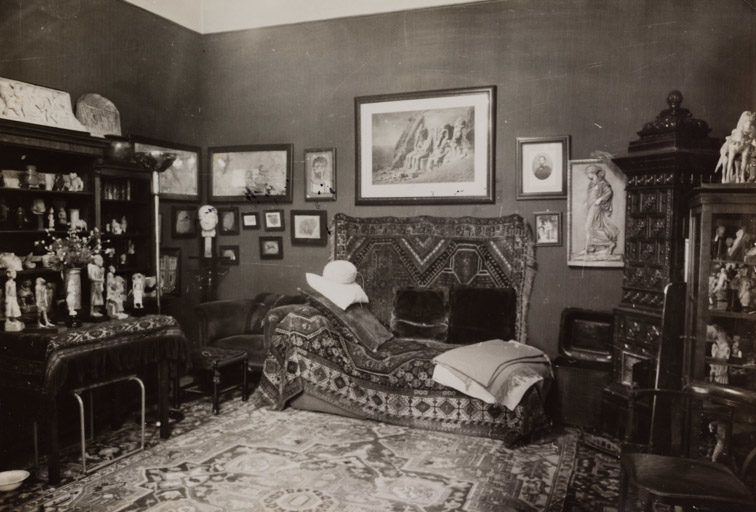 “There was always a feeling of sacred peace and quiet here. The rooms themselves must have been a surprise to any patient, for they in no way reminded one of a doctor’s office but rather of an archaeologist’s study… Everything here contributed to one’s feeling of leaving the haste of modern life behind, of being sheltered from one’s daily cares.”

Sergei Pankejeff, known as the Wolfman

Covid-19 is having a significant, detrimental financial impact on the Museum.
Please donate and help us to preserve the legacy of Sigmund and Anna Freud.

Make a GBP donation from anywhere in the world via PayPal.

Your support, large or small, makes a huge difference to us – thank you.

Take a virtual tour of the Museum. On this tour of Freud’s final home in London you can step behind the barrier to inspect his iconic psychoanalytic couch.

Experience the unique atmosphere of Freud’s study and house. See the famous couch as he left it. Plan your visit now.
Here’s how to make the most of your visit: What to see at the Freud Museum