Calle’s intervention at the Freud Museum injects an aggressive feminine touch into the master’s masculine preserve. 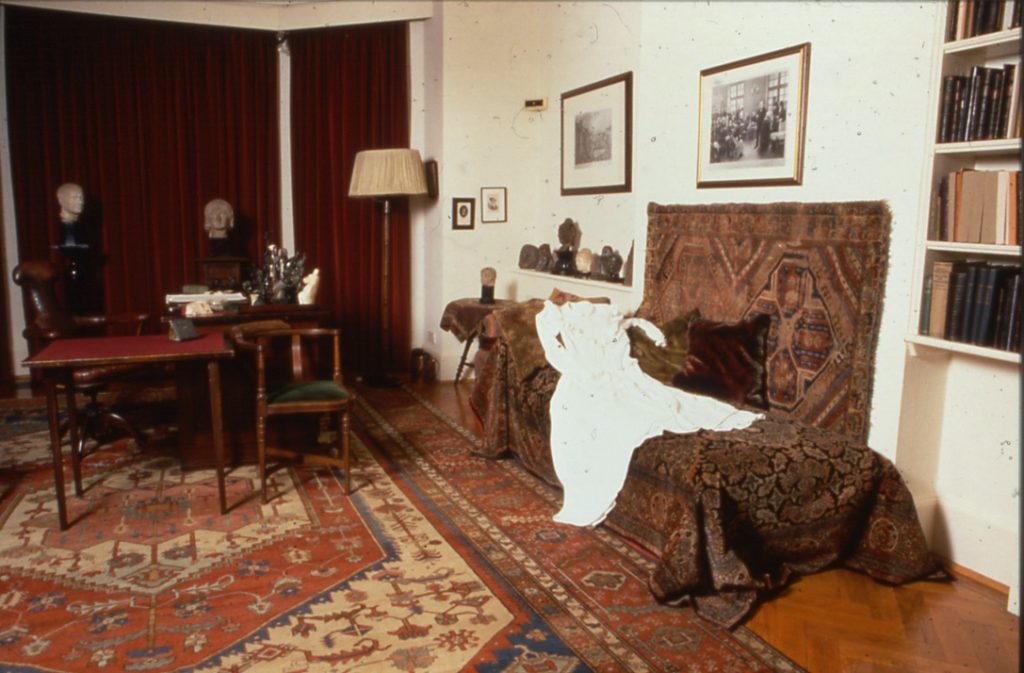 Sophie Calle described one of her projects thus: “In his novel, Leviathan, Paul Auster thanks me for having authorised him to mingle fact with fiction. And indeed, on pages 58 to 68 of his book, he uses a number of episodes from my life to create a fictive character named Maria, who then leaves me to live out her own story. Intrigued by this double, I decided to turn Paul Auster’s novel into a game and to make my own particular mixture of reality and fiction.” In February Calle’s extraordinary blend of reality and fiction transformed the Freud Museum with texts and objects woven into a narrative of drama, fantasy and wit. The exhibition was suggested and curated by James Putnam, and we were delighted that Jenni Lomax, director of the Camden Arts Centre was happy for this show to run alongside their exhibition Double Game. The press and public interest in this show produced 240 visitors in a single day, the highest number in one day since the Museum opened. 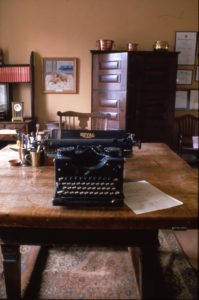 Louisa Buck wrote in The Art Newspaper: “It’s a match made in heaven: Sophie Calle, the French artist whose work revolves around identity, fantasy and role playing, and Sigmund Freud, pioneer of the subconscious and inventor of psychoanalysis. Although the Freud Museum has provided an important inspiration for artists such as Cornelia Parker and Susan Hiller, these latest interventions promise to open up to a new phase of radical artistic engagement with one of Londons best loved and unique collections.”

As Ralph Rugoff reported:
“It’s hard to think of many contemporary artists whom Sigmund Freud would have welcomed into his cosy Hampstead Museum, but Sophie Calle would have to top the list…Composed from photos, objects and brief texts, her art often suggests extracts from a quirky case history. But whether chronicling eroticised childhood memories or an adult sex life in which fact and fiction merge, Calle reveals more about the wayward workings of desire than almost any artist – or analyst of her generation But unlike the studied sobriety of the museum’s displays, Calle’s works strike a feverishly sexy note: printed on hot pink cards, her concise caption-like narratives tell of stolen love letters, shoplifted red shoes, and her wedding in a drive-through chapel in Las Vegas. …It’s a wonderfully unnerving tale, conflating images of innocence, sexuality, family and voyeurism. Not unlike the father of psychoanalysis, Calle is first and foremost a storyteller.”

See the related worksheets produced by the Education department