You are here: Home Blog Freud at Home: The Wednesday Psychological Society

Freud's home was a place to live, work and socialise. All these elements were combined in 1902 to form the Wednesday Psychological Society. 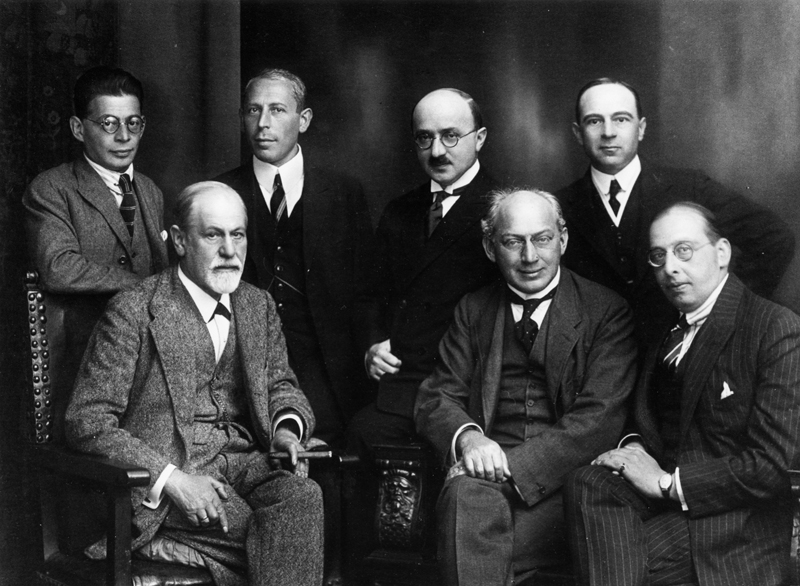 The world’s first psychoanalytic society began in rather casual circumstances. As Freud worked all day at his home office, he felt the need for company.

In the autumn of 1902, Freud began to meet with a very small number of fellow doctors – just five at first – at his home in Berggasse 19. They were joined by a few laymen, who were simply interested in discussing and learning about the intriguing new science of psychoanalysis.

The launch of the Wednesday Psychological Society was modest and informal. Earlier in the year, in February 1902, Freud had finally secured the professorship he had waited so long for. He now had the social stature and public acknowledgement that came with the title Professor Freud.

a number of younger physicians gathered around me with the declared intention of learning, practicing, and disseminating psychoanalysis. A colleague who had experienced the beneficial effects of analytic therapy on himself gave the impetus.

– Sigmund Freud, reflecting on the Society in 1912 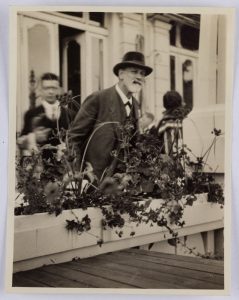 The first sessions of the Wednesday Society were “inspiring”, according to Wilhelm Stekel, a Viennese physician who had been in analysis with Freud. There was “complete harmony among the five, no dissonances; we were like pioneers in a newly discovered land, and Freud was the leader.”[1]

Before long, Freud sent postcards to three other colleagues, Max Kahane, Rudolf Reitler and Alfred Adler, inviting them to join. “A small circle of colleagues and supporters afford me the great pleasure of coming to my house in the evening (8:30 PM after dinner) to discuss interesting topics in psychology and neuropathology,” Freud wrote to Adler, “Would you be so kind as to join us?”

The origins of the Society were friendly, but not purely social. From the outset, the papers read aloud and opinions aired could be met with incisive, sometimes brutal, criticisms. Nevertheless, as Stekel revealed, “a spark seemed to jump from one mind to the other, and every evening was like a revelation.”[2]

Early meetings followed a clear timetable. Here is one typical meeting as described by Max Graf:

First, one of the members would present a paper. Then, black coffee and cakes were served; cigars and cigarettes were on the table and were consumed in great quantities. After a social quarter of an hour, the discussion would begin. The last and the decisive word was always spoken by Freud himself. There was an atmosphere of the foundation of a religion in that room. Freud himself was its new prophet who made the heretofore prevailing methods of psychological investigation appear superficial.”[3]

The structure may have seemed like a ritual, but Freud probably would not have appreciated the theological comparisons. The aim was for a more flexible, less authoritarian atmosphere, though his authority as leader was clearly never questioned. 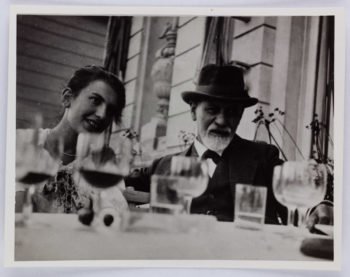 The Members (and their disagreements)

Recruitment of new members to the Wednesday Society was made by unanimous consent. At the start this mostly consisted of members bringing along interested friends. By 1906, membership stood at 17. Things, however, were starting to change to a more formal atmosphere. In its fifth year, the Society recruited Otto Rank as a paid secretary, recording attendance, tracking dues and keeping minutes.

The evenings were academic but also confessional: many of the “case studies” read aloud were self-examinations by individual members. Notes remain about these confessional studies, though we don’t have a complete list of the members, particularly during the early years. Such personal content meant that perceived criticism was taken to heart, as well as the more direct criticism levelled at work not thought to be sufficiently researched. Topics under discussion were of a sensitive nature, as were the people delivering them.

By 1908, Max Graf observed “We are no longer the fellowship we once were.” Shortly after Freud officially dissolved the informal group and reconstituted it as the Vienna Psychoanalytic Society.

A Rebirth: The Vienna Psychoanalytic Society

The new Vienna Psychoanalytic Society was less relaxed than its progenitor. At the suggestion of Alfred Adler, new members of the Society were elected by secret ballot rather than Freud’s invitation. The structure of the group became more democratic, though some thought that the discussions lost some of their original eclectic character. This was no longer a rambling evening in a drawing room with coffee, cakes and cigars.

Membership in 1908 opened up to include Sándor Ferenczi, Victor Tausk, Carl Furtmüller, and Hans Sachs. Soon, the so-called “Swiss” joined: psychiatrists and medical students working in Zurich including C.G. Jung, Max Eitingon, Ludwig Binswanger, and Karl Abraham. These figures would all play vital roles in psychoanalysis and in Freud’s life personally.

Like most of European life, development of the Society was interrupted by the First World War. However it recovered and continued until 1938. Over the course of its 36 years, the Society that had started as an evening get-together in Freud’s home registered a total of 150 members.

Posted in Curator's Blog by Bryony Davies on May 14th, 2020. Tags: Freud at Home