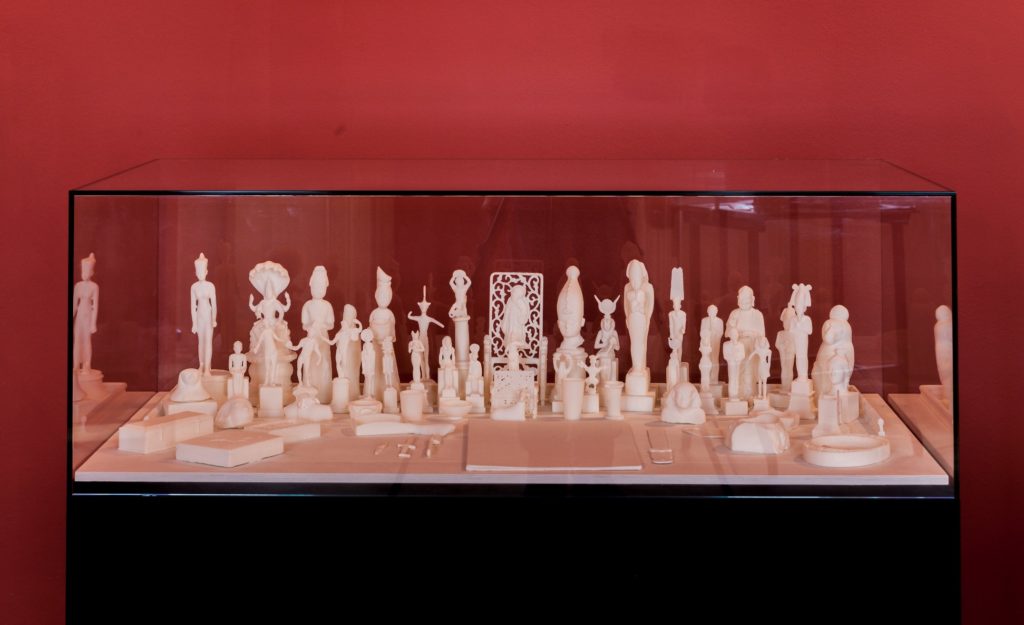 A Ghostly Return I, 2016 © the artist. Photographer Oliver Ottenschläger

This exhibition not only responds to this earlier encounter but also represents the first occasion where the Freud Museum London has collaborated with the Sigmund Freud Museum in Vienna in this way.

Coldwell’s work focuses on the forced exile of Freud from Vienna in 1938 to settle in London for the last year of his life. His work includes a full size print from x-rays of the coat that Freud purchased to travel to London, entitled Temporarily Accessioned-X-Ray (2016), and a reconstruction of the objects on Freud’s desk, 3D scanned and printed in pure white nylon, A Ghostly Return (2016). Together the work addresses the themes of absence and presence, of objects and loss, and touches on what it means to have to flee one’s home and become a migrant. Some of the pieces were shown in a joint exhibition with the artist and photographer Bettina von Zwehl, entitled Setting Memory, at the Sigmund Freud Museum, Vienna, curated by the museum’s Director, Monika Pessler. 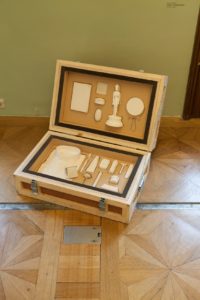 Paul Coldwell is a practicing artist and Professor in Fine Art at Chelsea College of Arts, the University of the Arts London. His art practice includes prints, book works, sculptures and installations. He has exhibited widely, and his work is held in numerous public collections, including Tate, Victoria & Albert Museum, the British Museum, the Arts Council of England and the Musee d’art et d’histoire, Geneva. He work has been selected for the Ljubljana Print Biennial, the International Print Triennial, and the Northern Print Biennial in 2009 and 2011. In 2013 the Universities of Canterbury and Greenwich presented a survey exhibition of his prints, ‘A Layered Practice Graphic Work 1993-2012’. In the same year he also had a solo exhibition at the Scott Polar Research Institute entitled Re-Imagining Scott.

Paul Coldwell would like to acknowledge the generous support of Arts Council England.