As Pankejeff's analysis progressed, a curious story began to unfold.

Why did Pankejeff suddenly become so bad-tempered? 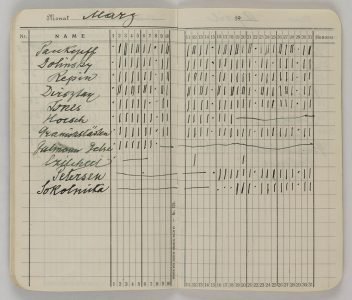 Sigmund Freud’s appointment book for March 1914. Pankejeff’s name is the first in the list.

This is the first mystery of the case.

Until the age of 3½ he had been quiet and good-tempered, but then he suddenly became irritable and naughty.

As the analysis unfolded, it became clear that this change coincided with two troubling scenes.

His sister had touched him sexually, and shortly afterwards he tried to touch himself in front of his nanny. She told him off, declaring that little children who did that got a ‘wound’ in that place.

Freud’s analysis is based on a series of oppositions between activity and passivity.

“It looks as though his seduction by his sister had forced him into a passive role, and had given him a passive sexual aim.”Sigmund Freud

These drives can be either passive or active. For example, the oral drive might be linked to eating (active) or being eaten (passive).

Events such as weaning, potty training, or traumatic experiences can shift the child’s interests and anxieties from one drive to another.

Pankejeff’s sister’s advances had excited his genitals. She had also put him into a passive position: she is doing something to him. This is what he then re-enacted in relation to his nanny, who blocked his advances with a threat.

Freud’s argument is that Pankejeff’s temper tantrums were in fact attempts to make his father punish him.

“Under the persisting influence of this experience he pursued a path from his sister via his nanny to his father.”Sigmund Freud

This may seem like an absurd explanation, but Freud bases it on a meticulous attention to the details of Pankejeff’s childhood. The case material is overflowing with themes of passivity and masochism, and a thinly-veiled preoccupation with wounds to the body.

It is also worth noting that Freud’s argument is a sophisticated version of one that few people would disagree with: that childhood experiences of sexual assault or abuse can have serious consequences for psychological development.

Why did Pankejeff’s naughtiness suddenly end?

The second transformation of the case is even more beguiling than the first. Pankejeff’s naughtiness ended practically overnight and was replaced by a period of intense anxiety.

But this time, the transformation wasn’t linked to a traumatic experience but to a terrifying dream…

Sergei Pankejeff's life, especially his childhood, and why he consulted with Freud.

END_OF_DOCUMENT_TOKEN_TO_BE_REPLACED 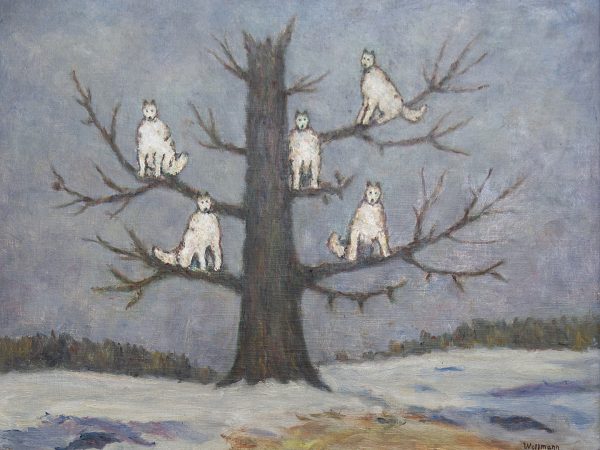 The Dream of the Wolves

Freud's method of dream interpretation, as he applied it to the Wolf Man's dream.