You are here: Home Blog The Landing

Susan Finlay, our Writer in Residence, with the fifth of her textual vignettes prompted by objects in Freud's collection. 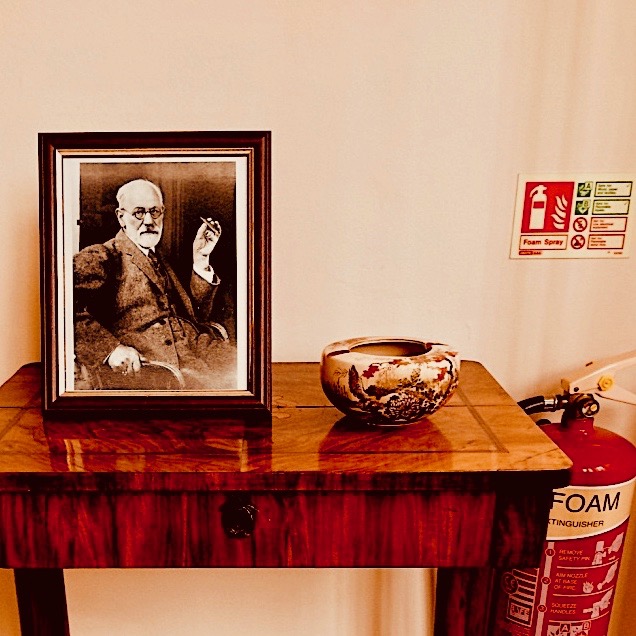 Sometimes a cigar is just a clove, or menthol, or other feminine preoccupation with perfume as a smoke screen.

Sometimes I bite my nails right down to the-

Quickly, behind the Pernod and Gaulois clouds of vintage, analogue dreaming on the south bank of the left bank of the Blue Danube with Sachertorte, Melange, und Memphis ziggaretten-

Only THIS IS NOT VIENNA!

(And certainly not Paris, France.)

THIS IS NOT KOSHER!

THIS IS NOT THE CLASH!

THIS IS NOT LONDON CALLING!

But this is London, Hampstead in the twenty-first-century’s third decade

Where punk is now a commodity

And queer is now a commodity

And feminism is now a commodity-

Even if it’s duty free?

And being duty free is possible

If being dutiful is possible

Even if I resolve to give up smoking, because when I smoke so does my child.

DON’T CALL ME A BAD MOTHER!

DON’T CALL ME A BAD DAUGHTER!

Or look at me even.