You are here: Home Blog Podcast: What Might Clinical Psychoanalysis Learn from Queer Theories of Sexuality?

Podcast: What Might Clinical Psychoanalysis Learn from Queer Theories of Sexuality? 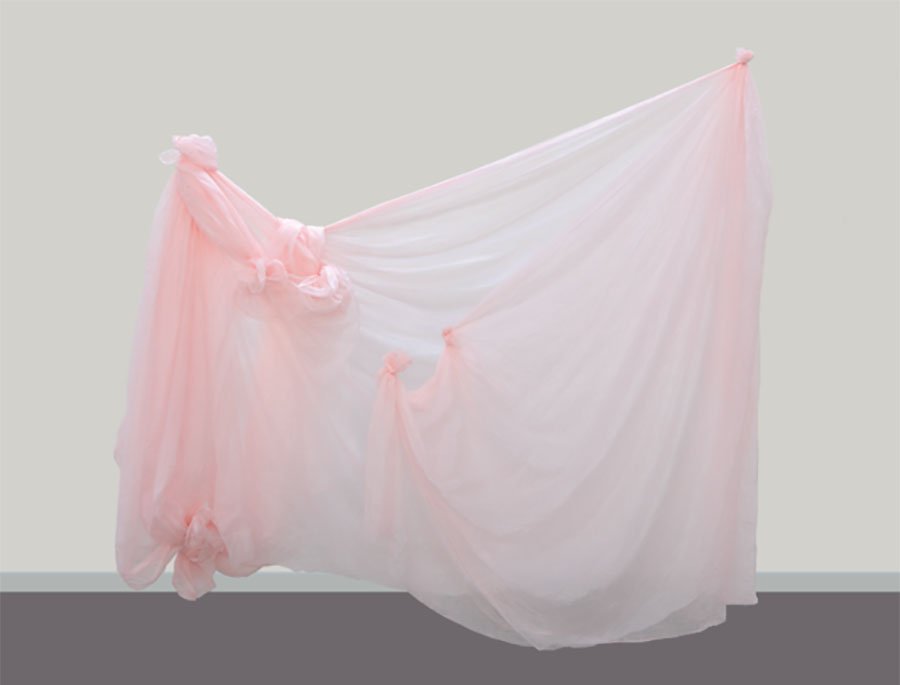 This one-day, international, multidisciplinary seminar brings together psychoanalytic clinicians, artists and academic researchers to consider the enduring influence of Sigmund Freud’s Three Essays on the Theory of Sexuality on contemporary clinical and societal understandings of sexuality, and discuss what queer theories of sexuality might bring to clinical psychoanalysis for work in the consulting room.

The seminar will focus on the following three questions:

Session one considers the continued importance and influence of Freud’s ‘Three Essays’ for contemporary considerations of sexuality, as well as more recent contributions by writers working in clinical contexts and academia. The session begins with four brief, informal responses (10 mins each) to Freud’s ‘Three Essays’, followed by discussion with delegates.

Professor Caroline Bainbridge is Professor of Psychoanalysis and Culture in the Department of Media, Culture and Language at the University of Roehampton. She is Director of the Media and the Inner World research network which she organises with Professor Candida Yates. She has a number of editorial responsibilities, working as the Film Section Editor for the ‘International Journal of Psychoanalysis, and Series Editor (with Candida Yates) of the ‘Psychoanalysis and Popular Culture’ book list published by Karnac Books. She is the author of A Feminine Cinematics: Luce Irigaray, Women and Film (2008) and The Cinema of Lars von Trier: Authenticity and Artifice (2007); and the co-editor of Media and the Inner World: Psycho-cultural Approaches to Emotion, Media and Popular Culture (2014); Television and the Inner World: Psycho-cultural Perspectives (2013); and Culture and the Unconscious (2007).

Dr Ona Nierenberg is a psychoanalyst in private practice in New York City and a Senior Psychologist at Bellevue Hospital Center, where she was Director of HIV Psychological Services for thirteen years. She is also a Clinical Instructor in the Department of Psychiatry at New York University Langone Medical Center, a member of Après-Coup Psychoanalytic Association, New York, an Overseas Member of the Association for Psychoanalysis & Psychotherapy in Ireland, and an Honorary Member of Lacan Toronto. Her reviews, essays and articles have been published internationally in books and journals, including papers on psychoanalysis, sexuality and the discourse of science, as well as on licensing and the question of lay analysis. Among her current interests are the history of psychoanalysis, psychoanalytic institutionalization and transmission, and fate and chance.

Dr Fintan Walsh is Reader in Theatre and Performance and Co-Director of the Centre for Contemporary Theatre at Birkbeck, University of London. He researches within the fields of modern and contemporary drama, theatre and performance studies, focusing on questions of subjectivity, identity, and cultural politics; affective experience and public intimacy; socially engaged performance, in particular queer art practices. A concern for the survival tactics of bodies, subjects and communities under inordinate pressure or distress unites this research, leading to books that examine sacrificial aesthetics and practices (Male Trouble: Masculinity and the Performance of Crisis [2010]); the relationship among psychoanalysis, therapeutic cultures and performance (Theatre & Therapy [2012]); and the theatrical and social work of minoritarian performance (Queer Performance and Contemporary Ireland: Dissent and Disorientation [2016]). Fintan is currently working on a project on theatre and contagion.

Session 2: What Might Clinical Psychoanalysis Learn from Queer Theories of Sexuality?

Session two begins by talking about the Introduction (by Noreen) and Afterword (by Eve) to Clinical Encounters in Sexuality, before broadening out the discussion to consider the ways in which queer theories of sexuality might enrich and enliven clinical psychoanalytic considerations of sexuality. The session begins with four brief, informal responses (10 mins each), followed by discussion with delegates.

Dr Meg John Barker is the author of a number of popular books on sex, gender, and relationships, including Queer: A Graphic History (with Julia Scheele); How To Understand Your Gender (with Alex Iantaffi); Enjoy Sex (How, When, and IF You Want To) (with Justin Hancock); Rewriting the Rules, The Psychology of Sex; and The Secrets of Enduring Love (with Jacqui Gabb). They have also written numerous books, articles, chapters, and reports for scholars and counsellors, drawing on their own research and therapeutic practice. In particular they have focused their academic-activist work on the topics of bisexuality, open non-monogamy, sadomasochism, non-binary gender, and Buddhist mindfulness. Barker is currently a Senior Lecturer in Psychology at the Open University. They co-founded the journal Psychology & Sexuality and the activist-research organisation BiUK, through which they published The Bisexuality Report. They have advised many organisations, therapeutic bodies, and governmental departments on matters relating to gender, sexual, and relationship diversity (GSRD). They are also involved in facilitating many public events on sexuality and relationships, including Sense about Sex and Critical Sexology

Mr David Richards is a psychodynamic psychotherapist in private practice, working with individuals and couples and as a supervisor. He has worked in the NHS and voluntary sector, initially within the HIV field in the 1990s and then for many years managing a community counselling service for older adults. He is also a Senior Tutor on the MSc in Psychodynamic Counselling and Psychotherapy at Birkbeck, University of London. He has a long-standing interest in questions of sexuality and identity, and is a member of the Advisory Group on Sexual and Gender Diversity within the British Psychoanalytic Council, where he also currently serves on the Executive with a portfolio of diversity.

Professor Sasha Roseneil is Professor of Sociology and Executive Dean of the Faculty of Social Sciences at the University of Essex, and a group analyst. She has written extensively on transformations in gender, sexuality and personal relationships, and on social movements, citizenship and feminist and queer politics. She has just started a new Wellcome Trust funded project, ‘The Practice, Politics and Provision of the Talking Therapies since the 1960s’, and will be publishing a new book, The Tenacity of the Couple Norm in 2018 (with Isabel Crowhurst, Tone Hellesund, Ana Cristina Santos and Mariya Stoilova).

Dr Raluca Soreanu  is Wellcome Trust Fellow in Medical Humanities in the Department of Psychosocial Studies at Birkbeck, University of London. She is a psychoanalyst in private practice, an associate member of the Círculo Psicanalítico do Rio de Janeiro (CPRJ), and of the Instituto de Estudos da Complexidade (IEC), Rio de Janeiro, Brazil. She is the author of Working-through Collective Wounds: Trauma, Denial, Recognition in the Brazilian Uprising (forthcoming with Palgrave Macmillan 2018) and of various articles in psychoanalytic theory and psychosocial studies. She is studying the Balint Archives, held by the British Psychoanalytical Society, with a four-year research project supported by the Wellcome Trust that looks at the relationship between psychoanalysis and medicine in Michael Balint’s group work with medical doctors. She has recently joined the research team of the ‘Waiting Times’ Wellcome Trust Collaborative Award, led by Dr Lisa Baraitser and Professor Laura Salisbury. She has a particular interest in the work of the psychoanalysts Sándor Ferenczi and Michael Balint. She is convener of the Psychoanalysis Working Group at Birkbeck.

Dr Lisa Baraitser is Reader in Psychosocial Studies in the Department of Psychosocial Studies at Birkbeck, University of London. She was recently awarded a Collaborative Award (£1.2 million) by the Wellcome Trust for ‘Waiting Times’, a five-year cycle of research with Professor Laura Salisbury, on temporality and care in health contexts (mental health treatment, the GP encounter, and end of life care). She is the author of Maternal Encounters: The Ethics of Interruption (Routledge 2009) and Enduring Time (Bloomsbury 2017), and the editor of A Feeling for Things, a collection of essays on the work of Jane Bennett which is forthcoming from punctum books. She is the general co-editor of the online, peer-reviewed journal Studies in the Maternal, and formerly general co-editor of the journal Studies in Gender & Sexuality (Routledge). She is co-convener of Mapping Maternal Subjectivities, Identities and Ethics (MAMSIE), an international interdisciplinary research network. She has engaged in training in psychology, psychotherapy and psychoanalysis. Lisa is a psychodynamic psychotherapist in independent practice, and a Candidate at the Institute of Psychoanalysis, London. She was previously the Artistic Director of an experimental theatre collective known as PUR.

Ms Karla Black is a visual artist from Scotland. She was nominated for the Turner Prize and represented Scotland at the 54th Venice Biennale. She has exhibited at many international institutions, including the Scottish National Gallery of Modern Art in Edinburgh, the Irish Museum of Modern Art (IMMA) in Dublin, the Institute of Contemporary Art in Philadelphia, the Gemeentemuseum in The Hague, Dallas Museum of Art, the Gallery of Modern Art in Glasgow, the Schinkel Pavillon in Berlin, the Kunsthalle Nürnberg in Nuremberg, Migros Museum für Gegenwartskunst in Zürich, Kunstverein in Hamburg, Modern Art Oxford in England, David Zwirner Gallery in New York, Galerie Gisele Capitain in Köln, and the Inverleith House in the Royal Botanic Garden in Edinburgh. Her work is in Museum collections worldwide, including the Hammer Museum, Los Angeles; Migros Museum für Gegenwartskunst, Zürich; Scottish National Gallery of Modern Art, Edinburgh; Solomon R. Guggenheim Museum, New York; and Tate Gallery, London. A number of books have been published on her work. Her sculpture, ‘There Can be No Arguments’, is the cover image for Clinical Encounters in Sexuality.

Ms Ann Murphy is a clinical psychologist, psychoanalytic psychotherapist and visual artist. She was a founder and Director of the MSc in Psychoanalytic Psychotherapy in the Department of Psychiatry, School of Medicine at Trinity College Dublin. She lectures on psychoanalysis, particularly Melanie Klein and Wilfred Bion, on post-graduate courses at Trinity College Dublin and St Vincent’s University Hospital Dublin, and is a training analyst and clinical supervisor. She has a private practice in Dublin. She contributed to two recent publications: The Winnicott Tradition, edited by Margaret Boyle Spelman and Frances Thomson-Salo (Karnac 2015), and Clinical Encounters in Sexuality. Ann has exhibited in a number of venues, including The Lab, Dublin, Dublin Castle, PS2 Belfast, and Mermaid Arts Centre, County Wicklow. She is at the beginning of an interdisciplinary collaboration with psychoanalytic psychotherapist and cultural theorist Noreen Giffney, which will bring together visual arts practice with clinical psychoanalytic thinking.