You are here: Home Exhibitions Mark Wallinger – Self Reflection 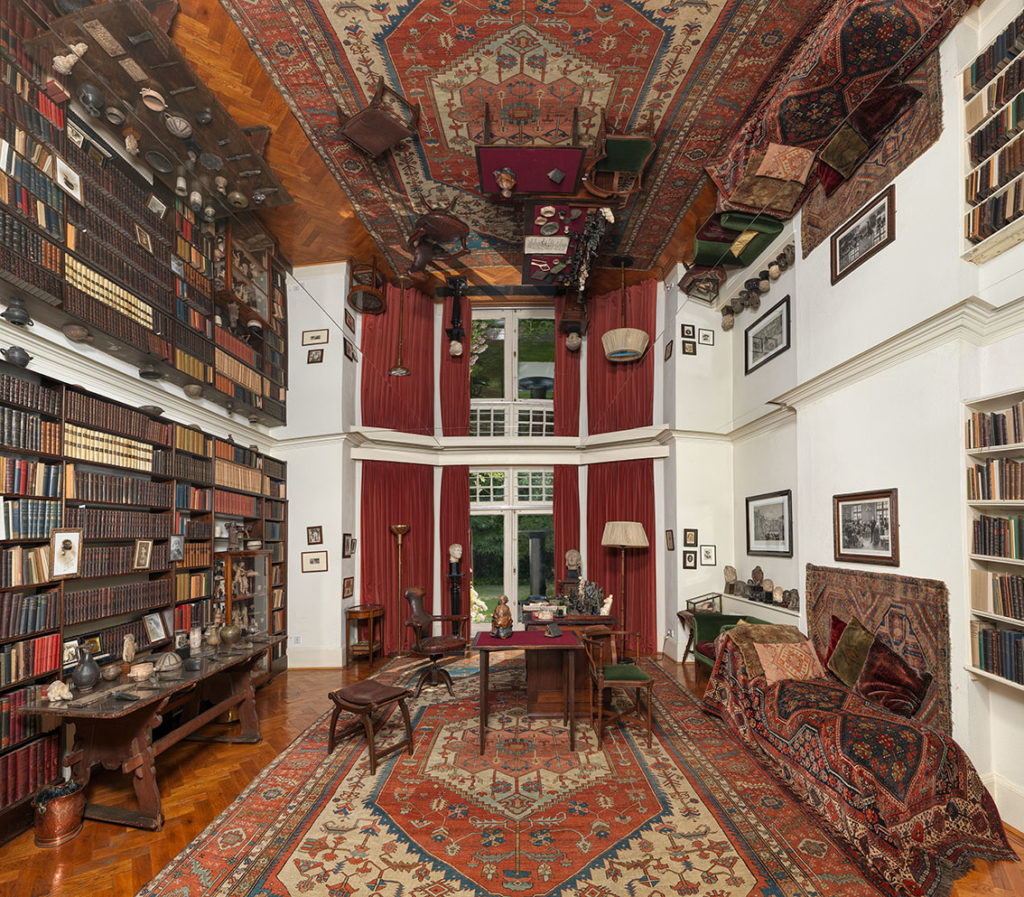 Mark Wallinger’s has created a transformative work, Self Reflection, in which the artist has installed a mirror across the entire ceiling of Freud’s iconic study offering visitors a dramatic new perspective, effectively doubling the space.

“The relative posture of the sitting analyst and the recumbent analysand are latent in Freud’s chair and the couch. We can easily imagine his patient’s self-reflection.”
Mark Wallinger

The sculpture Self  takes the form of the most basic expression of what it means to exist as an individual: the letter “I,” as a free-standing figure.

It is situated in the garden in clear view from Freud’s desk. In the context of the Museum the sculpture has obvious intensity of meaning; the formation of the id, ego, and superego is predicated on knowledge of the self and how it is constituted.

Accompanied by a selection of the artist’s earlier Self Portraits, these works provide a stimulating and thoughtful encounter with the Museum’s collections and the work of Freud himself.

Mark Wallinger is one of the UK’s leading contemporary artists. Nominated for the Turner Prize in 1995, he won in 2007 for his installation ‘State Britain’. His work ‘Ecce Homo’ (1999) was the first piece to occupy the ‘fourth’ plinth in Trafalgar Square. It was later exhibited at the Venice Biennale in 2001 where Wallinger was Britain’s representative. ‘Labyrinth’ (2013) is a major and permanent commission for Art on the Underground, created to celebrate 150 years of the London Underground. 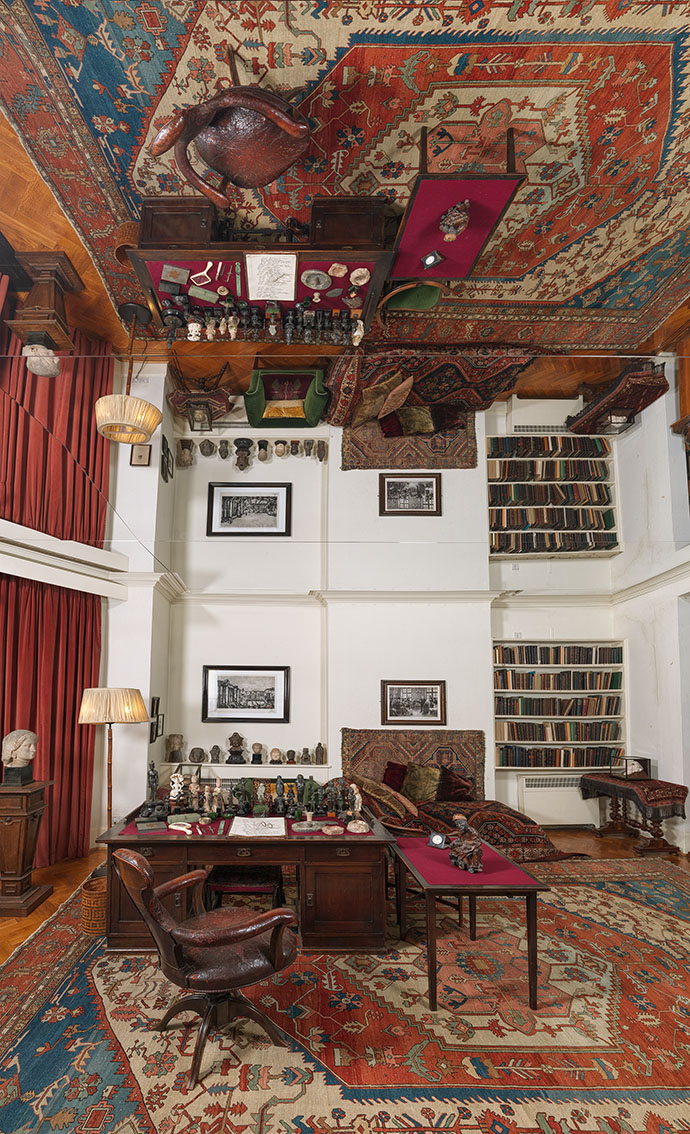 The exhibition is curated by Natasha Hoare.

Natasha is a curator and writer, living between London and Rotterdam. She holds an MA in Curating from Chelsea College of Art and Design, London, and a BA in English Literature from Edinburgh University.

In 2014 she was appointed Curator at Witte de With Center for Contemporary Art, Rotterdam. Previously she worked as Assistant Curator for the Visual Arts Section of the Marrakech Biennale 5 (2014) and for On Geometry and Speculation, a parallel project for the Marrakech Biennale 4 (2012). She was Studio Manager for Mark Wallinger and Special Projects Manager for artist Shezad Dawood.

The exhibition has been kindly supported by Arts Council England and Hauser & Wirth. Mark Wallinger’s work Self was acquired with Art Fund support.