You are here: Home Exhibitions Broomberg & Chanarin – Every Piece of Dust on Freud’s Couch

Broomberg & Chanarin – Every Piece of Dust on Freud’s Couch 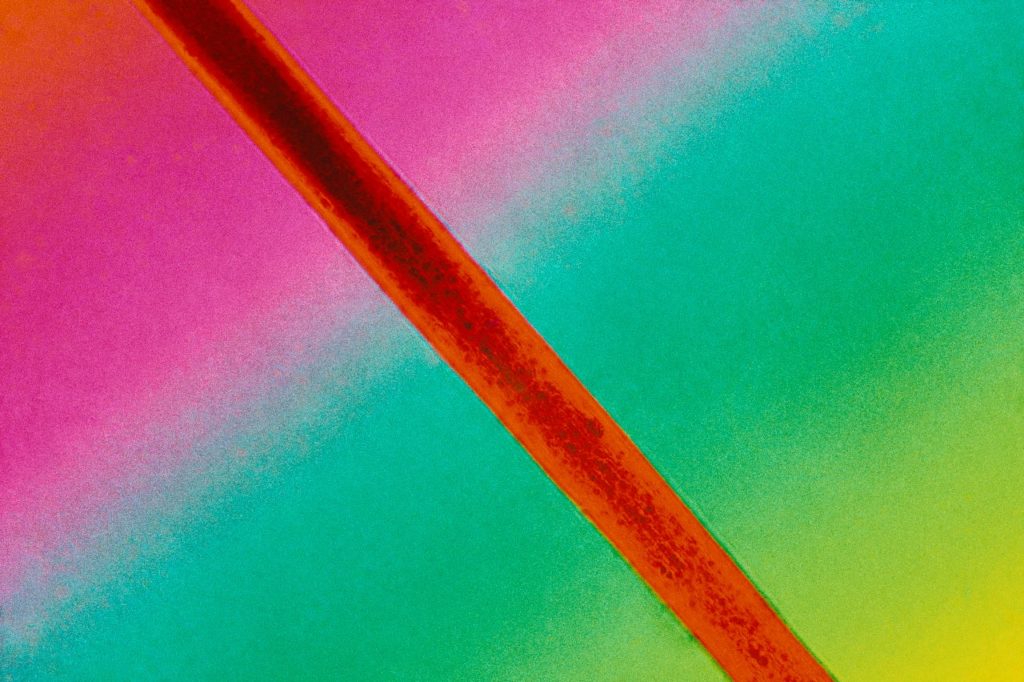 Commissioned by the Freud Museum, Every piece of dust on Freud’s couch, analyses traces left by visitors to Freud’s house which could include Freud’s early patients such as ‘Dora’, the ‘Wolf Man’ and others, as well as those of more mundane visitors, mainly tourists, who have travelled from around the world to visit this legendary item of furniture.

The couch itself was given to Freud by one of his patients, Madame Benvenisti in Vienna in about 1890, and the Persian Qashqa’i rug that covered it for its entire active duty is believed to have been given to him by his cousin Moritz Freud, a trader in antiquities. It has remained on the couch in London, where Freud spent his final year, ever since he fled to England to escape the Nazis. The rug was the primary focus of Broomberg & Chanarin’s forensic analysis. The thick pile is covered in invisible household dust, most of which is keratin, the main protein of skin. In addition to skin, analysis found the rug to be covered with hair and cloth fibres containing human DNA. 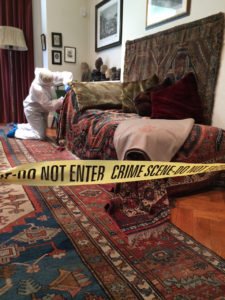 The artists have transformed the forensic findings into large woven tapestries, that mirror the scale and texture of the original covering. The first in a series of these textile works drapes over the actual couch, replacing the rug with an abstracted portrait of one of its sitters. Broomberg & Chanarin’s exercise in forensics aspires to the language of science and, like psychoanalysis, it attempts something contradictory; the objective study of subjectivity

Broomberg & Chanarin tackle politics, religion, war and history, and prise open the fault lines associated with such imagery, creating new responses and pathways towards an understanding of the human condition.

Adam Broomberg and Oliver Chanarin talk to Josh Spero about their intervention at the Museum and their show at the Lisson gallery. Watch the video here >

The Art Newspaper review – Analyse this: Broomberg & Chanarin and the mystery of Freud’s couch