You are here: Home Exhibitions The Russian Patient

This exhibition of contemporary Russian artists is a tribute to Freud’s lifelong involvement with Russian culture. 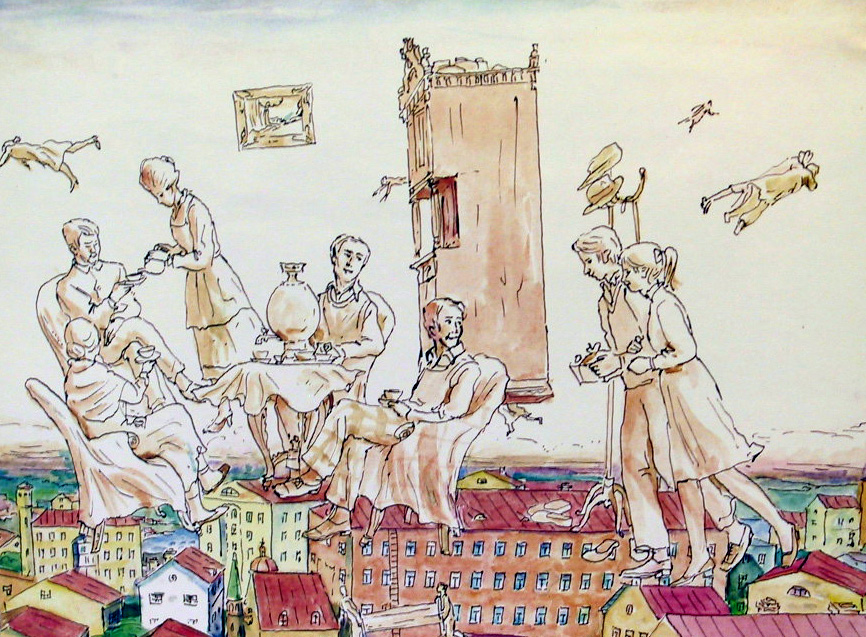 The Russian Patient was one of Freud’s famous case studies. Known as the Wolfman, after his dream that white wolves sat in a tree outside his bedroom, throughout his life he made paintings of the fantasy. The exhibition represented six major Russian artists from different generations, different groups, movements and ideologies: Ilya Kabakov, Oleg Kulik, Dimitry Prigov, Tatiana Liberman, Gosha Ostrezov and Timur Novikov.

Dmitri Prigov, took Freud’s ideas at comical face value. In a set of photocopied sheets, he drew up a cabalistic system; the letters of the alphabet are assigned a number and a numerical value is worked out for each of Freud’s major concepts from penis envy to the super-ego. Add up all the numbers and you get The General Number of Freudian Theory. Timur Novikov’s coolly classical cameo hangings fitted Freud’s study like a glove. Oleg Kulik’s transgressive lightbox series shimmered with fantastic images of man, dog and child swimming in an eternal sea of dreams. Tatiana Liberman’s close-up photographs of fruit transformed the mundane products of everyday life into the most sumptuous, sensual ingredients of fantasy. Strange rubber figures constructed by Gosha Ostrezov reminded the viewed of the layers of outward appearance that psychoanalysis seeks to investigate. Every wall of exhibition room was transformed by Ilya Kabakov’s glorious series of prints, The Decorator Maligin and The Flying Komarovs. The precisely drawn images oscillating between reality and fantasy. 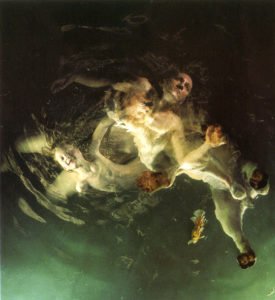 The Russian Patient is organised by the museum in association with Anya and Michael Stonelake of the White Space Gallery and Nana Zhvitiashvili of the State Russian Museum. We were honoured that the exhibition was opened on 5th September by the Russian Ambassador, His Excellency Grigory Karasin. Over 200 people attended the preview.

The Russian patient, Sergei Pankejeff, was immortalised by Sigmund Freud in The History of an Infantile Neurosis. Born into a wealthy family, Pankejeff had travelled widely seeking treatment for a crippling set of symptoms. Originally diagnosed as ‘neurasthenic’ when he arrived at Freud’s consulting room, Pankejeff depended completely on others for his care. As the analysis progressed vibrant dreams punctuated the narrative, now considered one of the founding case histories in psychoanalysis. One dream became the central theme; in a tree outside his bedroom Pankejeff dreamt that six or seven white wolves sat with an air of menace. He felt their presence as terrifying and woke up fearful that they would eat him. Here was the source of the epithet by which he became famous, The Wolf Man.

Alone among Freud’s patients, the Wolf Man drew his dream, the distillation of fairytales, fantasy, personal history transformed into neuroses and much else besides. Had his circumstances been different could he have transformed himself into an artist?