You are here: Home Exhibitions Stuart Brisley – The Collection of Ordure

Stuart Brisley – The Collection of Ordure 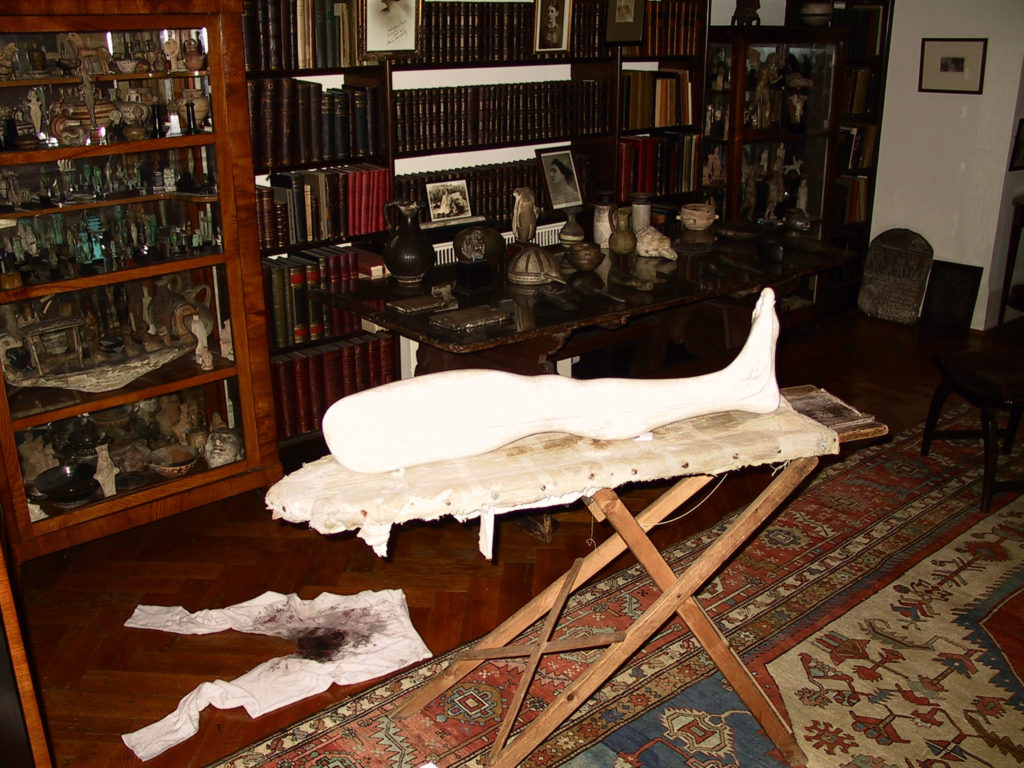 Stuart Brisley’s body of work is as diverse as it is extraordinary. He has made a major contribution to performance art, expanding the media it employs and the contexts in which it is engaged. His show at the Freud Museum drew together work he had been developing for several years. Brisley together with Adrian Ward and Geoffrey Cox founded the Virutal UK Museum of Ordure which among other things aims to raise base material to the level of Art as a critique of museum and public art gallery practice. 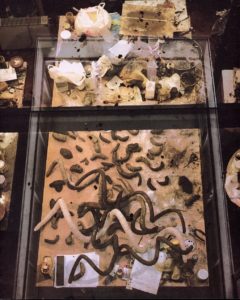 The exhibition, The Collection of Ordure, resonates with Freud’s dream image of what he calls a ‘museum of excrement’, after which he asks the question ‘Why did I feel no disgust during this dream?’. What will become an object of disgust – faeces – was once a most precious bodily possession.

The Collection of Ordure was curated by Brisley’s alter ego, Rosse Yael Sirb, who is the appointed Curator of the Collection of Ordure, and has ‘collaborated’ with Stuart Brisley since 2000. Brisley described the background to the development of this singular collection: “Generally most collections are comprised of objects which have, or are anticipated to have appropriate values, consequent upon the rare, peculiar, or unique characteristics of the constituents, as art works, or as objects of significant or potentially significant cultural value, e.g. shrunken heads, matchboxes, etc, either individually or in groups. Sigmund Freud’s collection is case in point. The Collector of Ordure is interested in objects, materials and substances which lie beyond the range of commodification; most, if not all, of the items in his Collection are in this category, but the Collection as a whole is subject to the market. The Collection is unique for this reason. I suggest that while the artifacts contained in the collection may or may not be art works, the Collection is an art work.”