Using a combination of videos and installations dispersed throughout the Museum, Saying It attempts to alter predominant categories of presentation, spatialising the temporal process of both video and psychoanalysis. 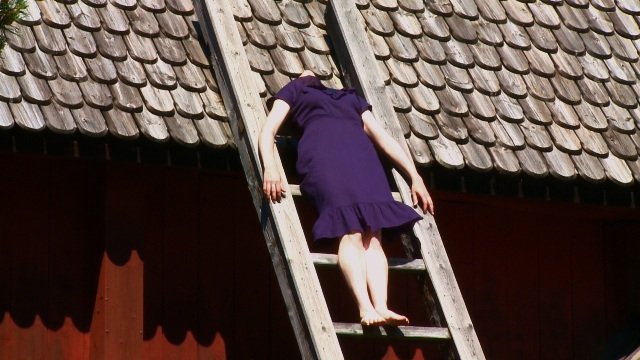 The exhibition, curated by Joanne Morra, is an experiment in audio-visual storytelling where each visitor is immersed in a psychoanalytic process and can infer his or her own meaning. The exhibition thus offers experiences both familiar and unfamiliar to the viewer: a psychoanalytic experience led by works of art, their narratives, revelations, repetitions, and short-circuiting.

Saying It presents a mise-en-scène of the practice of psychoanalysis through Renate Ferro’s four-part installation entitled Mining Memory, which ‘mines’ ordinary objects as a means of working-through personal memory and disclosure, and Mieke Bal & Michelle Williams Gamaker’s video works, which present the individual case of Sissi, a woman in her thirties who was diagnosed with schizophrenia as a teenager and has been institutionalised ever since.

Mieke Bal (Heemstede, 1946), a cultural theorist and critic, has been Royal Netherlands Academy of Arts and Sciences Professor. She is also a video artist, making experimental documentaries on migration and recently exploring fiction. Her interests range from biblical and classical antiquity to seventeenth-century and contemporary art, modern literature, feminism, and migratory culture. Her many books include Of What One Cannot Speak: Doris Salcedo’s Political Art (2010), Loving Yusuf (2008), A Mieke Bal Reader (2006), Travelling Concepts in the Humanities (2002), and Narratology (3rd edition 2009). Occasionally she acts as an independent curator.

Michelle Williams Gamaker (London, 1979) is a video and performance artist. Her work varies from single-frame portraits and installations to complex renderings of reality via documentary and fiction. The subtle and sublime potential of story-telling is at the root of her work. Her video work was first recognised at the Bloomberg New Contemporaries (2001) and since then she has exhibited internationally. She taught on the MFA Fine Art programme at Goldsmiths, University of London, where she recently completed her PhD in Visual Arts. She works in London and Amsterdam.

Renate Ferro (New York State, 1954) is a conceptual media artist who toggles between the creative skins of old and new technologies. Her artistic practice embraces critical interactivity incorporating social and theoretical paradigms of the psychological and sociological condition with networks of technology. By aligning artistic, creative practice with critical approaches to cyber-configurations, she permits emerging creative skins whose resulting configurations include drawing, text, performance, installation, and interactive net-based projects. Most recently her work has been featured at The Dorksy Gallery (NY), The Hemispheric Institute and FOMMA (Mexico), The Janus Pannonius Museum (Hungary), and the Free University Berlin (Germany). She is also the managing co-moderator for the online new media list serve -empyre- soft_skinned_space. Renate Ferro teaches media and theory at Cornell University. She directs the Tinker Lab, a creative research lab.

Mieke Bal, Michelle Williams Gamaker and Renate Ferro, will discuss their exhibition at our forthcoming day conference, ‘Contemporary Art: Inside the Freud Museum‘,

Not only does Saying It shed light on key concepts of psychoanalysis (psychosis, transference, screen memories), it also reveals new layers of narrative and meaning enfolded in the former home of Anna and Sigmund Freud, now a museum and archive.