You are here: Home Exhibitions Rebecca Fortnum – Self Contained

Rebecca Fortnum develops several strands of her recent work on the formation of identity, dreams and the power of the gaze.

“.. only where I find a face do I encounter an exteriority and does an outside happen to me.”
G. Agamben, Means without End, Notes on Politics (2000) 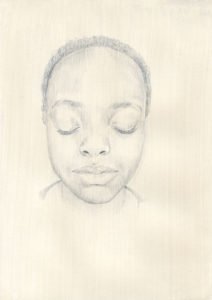 The series ‘Dream’ depicts children with their eyes closed in paired pencil portraits. In these small, intimate works we can look at the subjects very closely but they never look back. No blinking, no flinching; we are struck by their interiority. They shut out the intrusive viewer. The imagery responds directly to notions of the power relations of the subject’s gaze, introducing on a suggestive level the ideal of the child’s dreams and imaginings that are inaccessible to the viewer. The portraits are completed in pairs in a process developed to question the authenticity of the single image. These works will be displayed in Anna Freud’s room at the Freud Museum, along with works in silverpoint, to draw out connections with Anna Freud’s writings on the child’s relationship with the adult world.

The series ‘Wide Shut’ includes three large paired portraits, each with a veil of colour over the image. These are of older girls, one image of each pair with open eyes. They act out the duality of proper and improper, of communication and communicability, of potentiality and action.

Fortnum is also exhibiting a series of letterpress works that use text fragments extracted from the governess’ monologue in ‘Turn of the Screw’ by Henry James. These are printed by hand, making the words materially present and isolating them from the story. The texts have been selected for the way they demonstrate the governess’ use of self-narration to form her identity. It has been suggested that Freud’s The Case of Miss Lucy R was used by James as a basis for his chilling tale.

A book to accompany the exhibition will be published by RGAP, designed by Colin Sackett with essays by Graham Music, Louisa Minkin and Dr Maria Walsh. The exhibition and publication have been supported by CCW Graduate School Research Committee, University of the Arts London and The Arts Council of England.

Rebecca Fortnum is an artist and researcher. Awards include the Pollock-Krasner Foundation, the British Council, the Arts Council of England, the British School in Rome, the UK Arts and Humanities Research Council and the OPAK Research Council of Flemish Universities. Her book Contemporary British Women Artists; in their own words was published by IB Tauris/Macmillan in 2007. A recent project has been with the V&A’s Museum of Childhood, London where she held a solo show of drawings Absurd Impositions and curated a group exhibition, The Imagination of Children, within the Museum’s collection. In 2012 she concluded a year-long research project, Drawing – in and outside – Writing, a collaboration with 3 other artists and published an artists’ book with RGAP, as well as a cahier of the same name published by Acco Uitgeverij, Belgium. She is Reader of Fine Art at the CCW Graduate School, University of the Arts London. 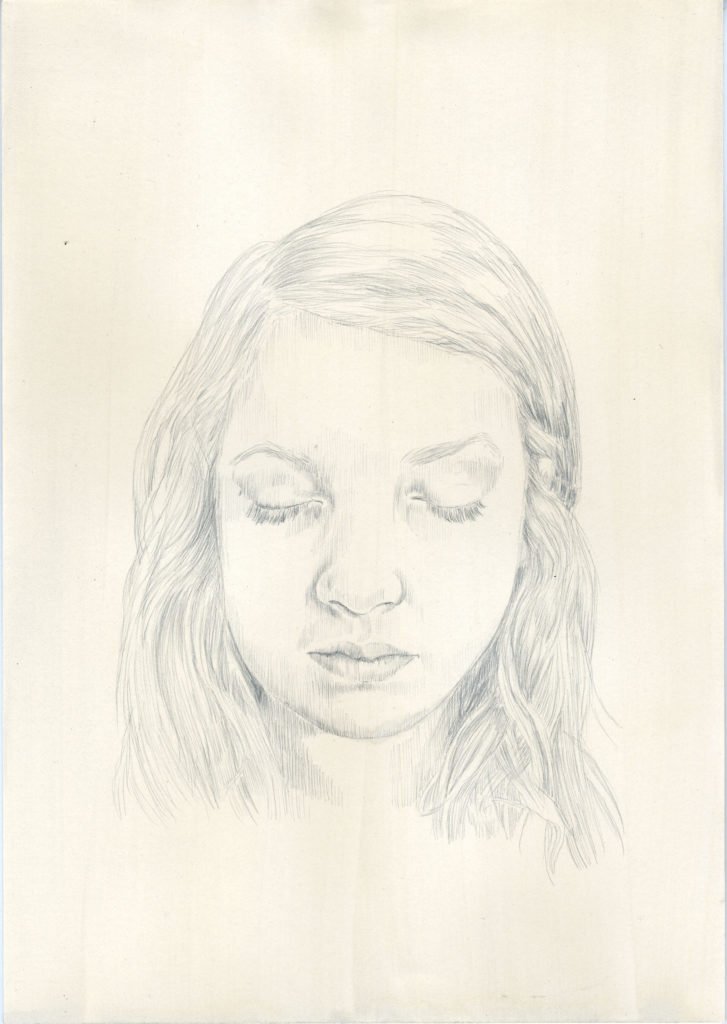