We are asleep. Our life is like a dream. But in our better hours we wake up just enough to realise that we are dreaming. – Ludwig Wittgenstein 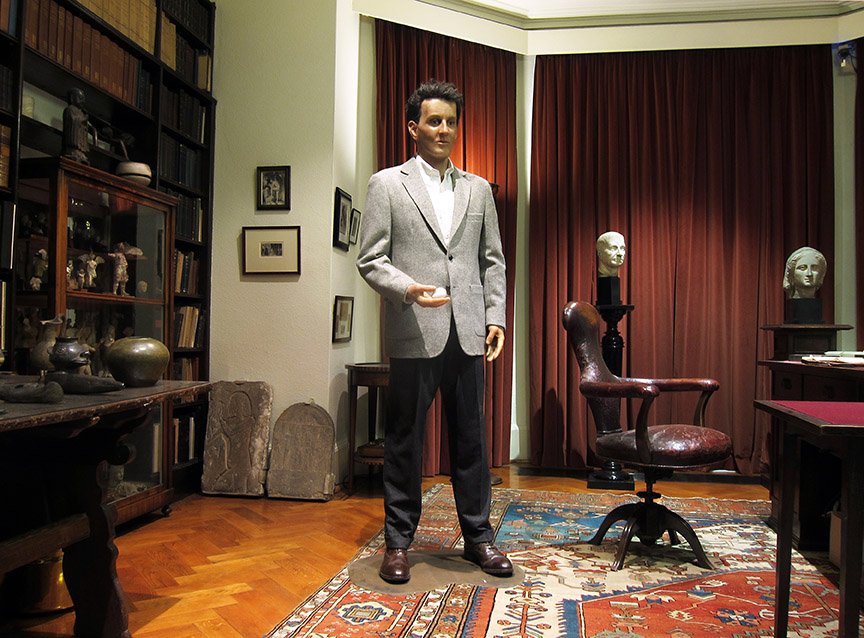 The Freud Museum presents Wittgenstein’s Dream, an exhibition of work by Gavin Turk and part of the critically acclaimed series curated by James Putnam.

In 1900 Freud famously published The Interpretation of Dreams, widely considered his most important work, which introduces his theory of the unconscious. Freud maintained that dreams are the conscious expression of an unconscious fantasy, or wish not accessible to the individual in waking life. However, the celebrated philosopher Wittgenstein claimed that Freud’s views were flawed, believing instead that they required a more logical approach.

Among the work Turk presents [ξ, N(ξ)]’(η) (= [η, ξ, N(ξ)]) (2015), a life-size waxwork sculpture of Wittgenstein contemplating an egg installed in the hallowed and highly charged domain of Freud’s study. The presence of this ghost-like figure highlights the continued tension between the theories of these two great figures. Above Freud’s psychoanalytic couch hangs Parapraxis (2013), a dramatic large-scale photograph of billowing smoke in which Turk explores the human tendency to instinctively associate patterns and forms with something familiar, much in the same way as we do with dreams. 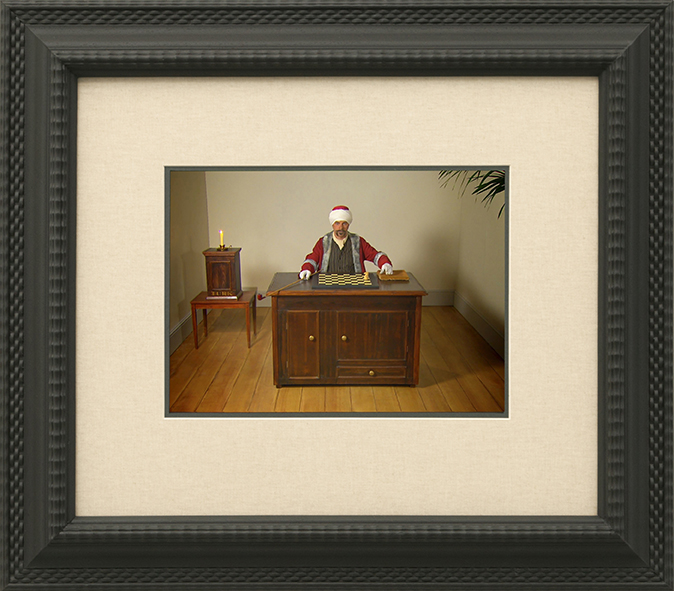 Gavin Turk (b.1967, Guildford) attended the Royal College of Art between 1989-91. For his MA exhibition show Cave, Turk notoriously presented a whitewashed studio space containing only a blue heritage plaque commemorating his presence. Though refused a degree, his subsequent infamy attracted the attention of Charles Saatchi and Turk became part of a loosely associated group known as the ‘Young British Artists’ (YBAs). He has continued to show worldwide and has work in many national museum collections (including Tate and MOMA). His work often deals with concerns of authority and identity and has taken many forms including the painted bronze, the waxwork, the recycled art-historical icon and the use of litter.