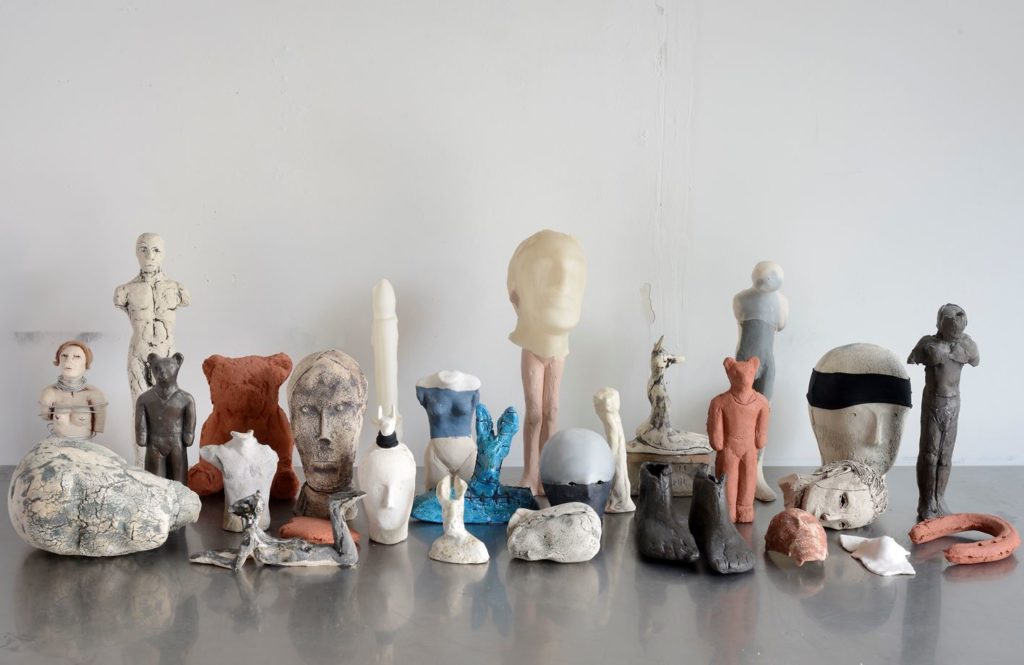 Brown is intrigued by the significance and nature of Freud’s collection of antiquities and the idea that human beings project emotions onto objects. Drawing parallels between falling asleep and leaving the museum or studio, she suggests that inanimate objects may become animated in ways that are beyond our control, like dreams.

The title of this exhibition implies a narrative slightly out of our control where unlikely connections and associations can occur. The figures make reference to Freud’s definitions of the term ‘dream-work’, such as displacement, representation, condensation and compensation. Drawn to the archaeology metaphor which Freud used to present his psychoanalytic theory, Brown focuses on his large collection of figurines and the figure as a receptacle for human emotions through some of the more obscure figures that are harder to view in their cases or were not selected as ‘favourites’ on Freud’s desk.

DreamWork is part of a 3 year Arts and Humanities Research Council (AHRC) project, Ceramics in the Expanded Field, funded through the University of Westminster. The project aims to explore the relationship between ceramic art intervention and museum collections. 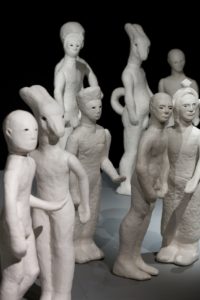 Christie Brown is Professor of Ceramics and supervisor on the graduate programme at the University of Westminster. She joined the University in 1993 and was awarded the title of Professor in 2001 for her international contribution to ceramics. Her recent solo show, ‘Collective Traces; A Response to the Petrie Museum’, funded by the AHRC, was shown at the Institute of Archaeology in London in 2006, in the Taiwan Biennale July 2010 and in the Egyptian Galleries at the Manchester Museum from 2007-12. She was artist in residence at Hunter College, New York in 2006 and at The International Ceramics Research Centre in Denmark in 2009. She has exhibited widely in the UK and abroad and her work is in several private and public collections including the Victoria and Albert Museum UK and the Mint Museum, USA.