You are here: Home Exhibitions Anne Lydiat – Permission to Speak

In much British folklore, having live birds or their representation within the home is considered to bring ill luck. 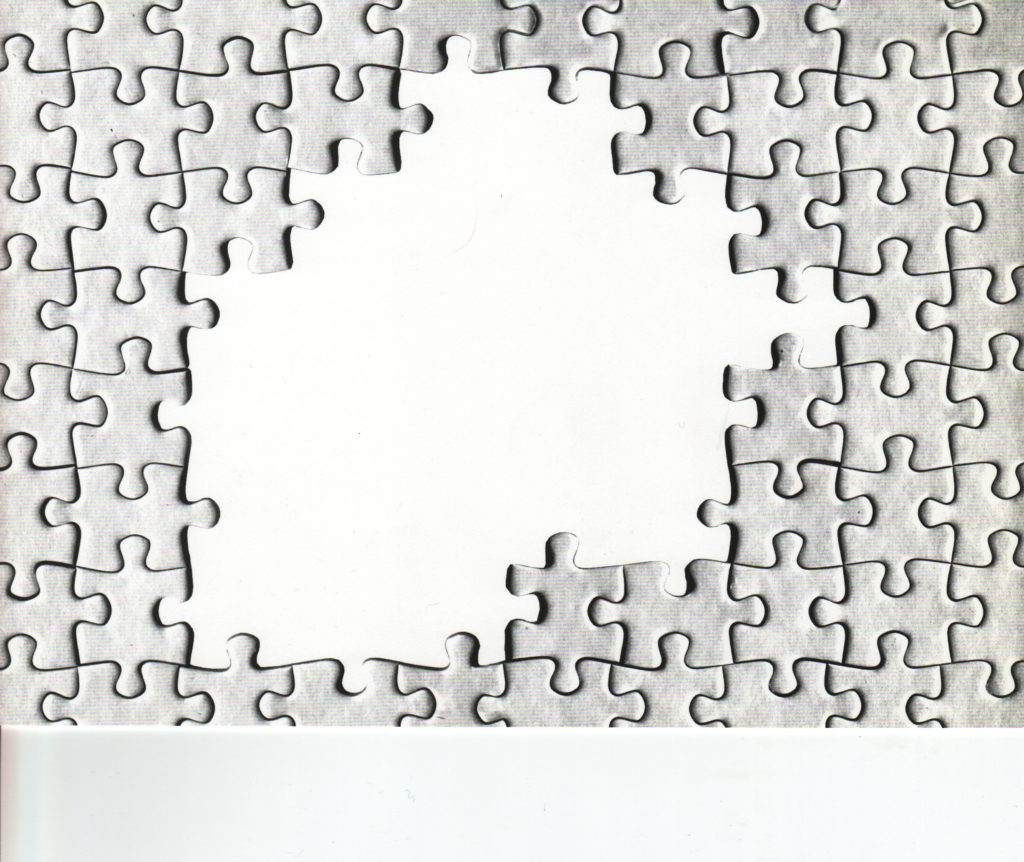 Elsewhere in Europe, however, it is the custom that swallows entering the house are caught and smeared with oil so that their subsequent release will remove bad luck afflicting the house and its occupants. Maybe the hoped-for outcome of such a ritual is similar to the release we desire from analysis.

For this exhibition, Anne Lydiat brought the images of many swallows drawn directly onto the white surface of blank jigsaw puzzles displayed throughout the house were relocated as bird images flying on the walls of an exhibition room, evoking the delight of rediscovering what was thought to be lost.

Sigmund Freud’s passion for archaeology provided him with a rich source of metaphor to describe the process of psychoanalysis. The uncovering of the remains of past civilisations, and the search to reconstruct the fragmentary remains into a coherent narrative mirrors the psychoanalytic search through the forgotten past. Construction a jigsaw where a fragmentary picture is pieced together and brought into focus is a similarly playful metaphor for psychoanalysis. Piece by piece the absent is made present and painstakingly a picture becomes a whole.

The title of the work evokes a time when children were to be seen, not heard, and required to speak only when spoken to. It also suggested the space opened up by the so-called ‘talking cure’ of psychoanalysis where one might finally articulate the things that had so long gone unsaid. Yet it is curious that this work itself remains determinedly soundless. Consider though, that this exhibition was held in October, a time when the swallows are long gone and the skies are full of their absence.

That these images were on jigsaw puzzles is surely significant. Jigsaws demand completion: the point is to make all the pieces fit. Whether in jigsaws, art or analysis we seem to want things to come together wholly and meaningfully with no awkward missing pieces. Such completeness was denied here. The jigsaw pieces forming the birds have been removed, separated from their blank grounds, and it is unclear whether they are set free or lost.

Anne Lydiat has long specialised in this territory of uncertainty and ambiguity. The work refuses conclusion, rather it lodges a poetic splinter in the imagination that is difficult to remove.