Events Thinking Inside The Box: The Rat Man

Thinking Inside The Box: The Rat Man

Screening and discussion with Anouchka Grose 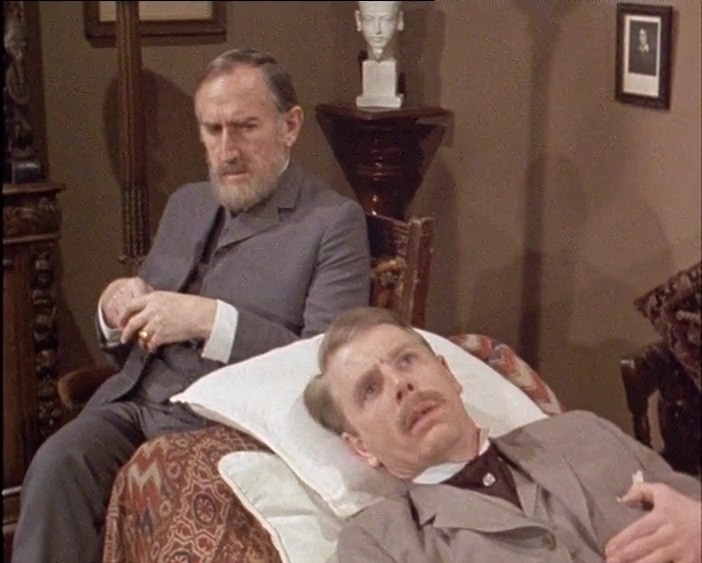 The Freud Museum presents Thinking Inside the Box: Freud On TV, a series of ultra-rare archival television screenings, which brings together an exciting and compelling combination of Freudian drama and psychoanalytic theory from the annals of terrestrial television history.

This event will screen The Rat Man, an extraordinary 1972 adaptation of Freud’s case-study of ‘The Rat Man’, starring Edward Fox as the obsessive-neurotic patient in analysis with Freud, which was originally screened as part of BBC2’s Horizon series.

The other two screenings taking place are: The Vision and the Dream, a provocative drama depicting an imaginary conversation between Freud and St. Paul, which has remained unscreened since its original broadcast in 1962 (24 September); and Sigmund Freud’s Dora, the milestone controversial 1979 film combining formalism, feminism and psychoanalysis (4 December).

Each screening will be introduced by a prominent guest, on this occasion Anouchka Grose, and will be followed by an extensive Question & Answer session.

Anouchka Grose is a psychoanalyst and writer practising in London. She is a member of The Centre for Freudian Research, where she regularly lectures. She has written non-fiction: No More Silly Love Songs: a realist’s guide to romance (Portobello, 2010), Are you Considering Therapy (Karnac, 2011), and From Anxiety to Zoolander: notes on psychoanalysis (Karnac, 2018) as well as writing fiction: Ringing for You (Harper Collins, 1999) and Darling Daisy (Harper Collins, 2000). She also writes about art and fashion, and contributes to The Guardian, Radio 4, and Resonance FM. She is currently working on a book about Climate Anxiety, due out next August.

Thinking Inside the Box: Freud On TV is curated by Charlie Bligh, Colm McAuliffe and Dany Nobus.