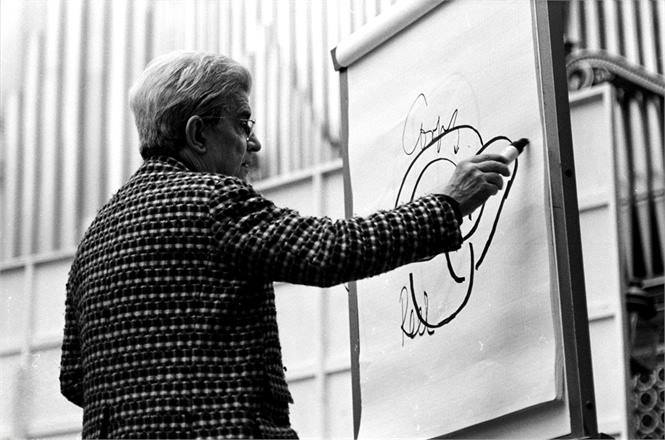 This day course explores Lacan’s linguistic re-interpretation of Freud, and his understanding of neurosis, psychosis and human sexuality.

Jacques Lacan trained as a forensic psychiatrist in Paris and did his early work on Paranoid Psychosis. After qualifying as a psychoanalyst, he made his debut at the International Congress of Psychoanalysis of 1936 with a paper (on the ‘Mirror Stage’) that constituted a devastating attack on ‘Ego Psychology’ – the version of psychoanalysis (based on Freud’s later work) then dominant in the USA. According to Ego Psychology, the aim of psychoanalytic therapy is to strengthen the ego – seen as the rational part of the personality that is in touch with reality. But Lacan’s paper argued powerfully that the ‘ego’ is nothing but a tissue of illusions, and that psychoanalysis should return to the work of the early Freud – centred on the notion of the unconscious (rather than on the ego) – to rediscover its true purpose and direction.

Accordingly, Lacan went on to re-think the foundations of psychoanalysis, excising the last remnants of biology (still present in Freud), and presenting the whole of human psychology (and psychopathology) as a product of the fact that human beings are ‘speaking beings’. We will explore Lacan’s linguistic re-interpretation of Freud, and his understanding of neurosis, psychosis, human sexuality, and the process of psychoanalytic therapy.

Session 1: We will examine Lacan’s early work on paranoia – exploring the thinking that went into his most famous case history, of ‘Aimee’. We will then review the influences that came together in his theory of the ‘Mirror Stage’, which underpins the central Lacanian notion of the ‘lmaginary Order’.

Session 2: We will examine Lacan’s ‘return to Freud’, focussing on his brilliant re-interpretation of the Oedipal phase as centring on the child’s first full entry into the world of language and culture – the ‘Symbolic Order’. This will enable us to explore the Lacanian understanding of the unconscious, and of neurosis and psychosis.

Session 3: We then will explore Lacan’s theory of the ‘Phallus’, as the fundamental signifier underpinning the Symbolic Order, and as the source of sexual difference. This will lead into an examination of Lacan’s view of sexuality, and the relations between the sexes in culture. We will end by considering his distinctive conception of psychoanalytic therapy.

BURSARY – There are a limited number of bursary places available for £15. Priority will be given to UK unemployed and PIP/ESA claimants. Please click here to apply.

This is the final in a series of four courses exploring psychoanalysis after Freud. The courses will be accessible to beginners – but are also designed for those already familiar with these theories who wish to acquaint themselves with the results of the latest research and scholarship, and update themselves on the recent debates addressing the intellectual issues and controversies surrounding it.

More courses in the series: