Events ON DEMAND – Freud/Lynch: Behind the Curtain

ON DEMAND – Freud/Lynch: Behind the Curtain

On Demand access to our conference exploring the cinema of David Lynch through a psychoanalytic lens. 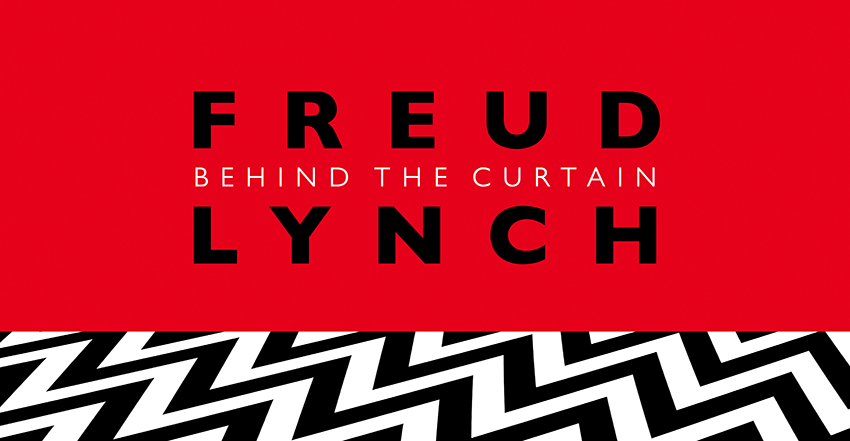 They confront us with strange dreamscapes populated with bizarre characters, obscure symbols and an infuriating lack of narrative consistency. Yet despite their opacity, they hold us transfixed.

Lynch, who once told an interviewer “I love dream logic,” would surely agree with Sigmund Freud’s famous claim that “before the problem of the creative artist, psychoanalysis must lay down its arms.” But what else do the two agree on?

Freud/Lynch: Behind the Curtain takes as its point of departure that Lynch’s work is not so much unintelligible as ‘uncanny,’ revealing what Todd McGowan has termed “the bizarre nature of normality” – and the everydayness of what we take to be strange.

This conference invites psychoanalysts, scholars and cinephiles to reflect on these Lynchian enigmas. What do we mean by ‘Lynchian’? Beyond the apparent incoherence of his films, are there hidden logics at play? Are Lynch and Freud in alignment? And what light can psychoanalysis shed on the Lynchian uncanny?

Allister MacTaggart
“It is an Illusion”: The Artful Life of David Lynch

David Lynch is primarily known as a filmmaker whose singular cinematic/televisual creations have held audiences both spellbound and perplexed over several decades. Yet he initially trained as a fine artist and has continued to work as such throughout his life, using a wide variety of media to express his unique artistic vision across various fields. In this paper I will suggest that Lynch’s work, in whatever medium, is best understood as that of a visual (and sonic) artist. As such, the perceived lacunae or unintelligibility in it may be understood or “experienced” in other ways and, further, that psychoanalysis may help to bring to light various aspects of his work which have hitherto been less explored than others.

How far down the Lost Highway can we get with psychoanalytic theory as our guide? In this talk I would like to take a look at some of the remarkable parallels between David Lynch’s masterpiece and Lacanian psychoanalysis. I hope to draw out some Lynchian lessons about the structure of desire and the function of the law, and to offer some psychoanalytic reflections on some of Lost Highway‘s many enigmas.

Chris Rodley
“Listen, Do You Want to Know a Secret?”: Lynch Stays Silent

Lynch’s unwillingness – or inability – to openly discuss the meaning of his work has enticed and frustrated audiences and critical establishments alike since the emergence of ‘Eraserhead’ in 1977. Who or what exactly has Laura Palmer now become in ‘Twin Peaks’? Why won’t he tells us what’s really going on in ‘Lost Highway’? Why won’t he confirm or deny our own complex theories on the workings of ‘Mulholland Drive’? Why does he invite us into his own dreamscapes and then leave us to figure our own way out, with just a liberal scattering of clues to help? Does he even have the answers himself, or is he too just enjoying the mysteries contained in the dream? This session is about the gulf that exists between Lynch’s work and Lynch’s mouth – the sinkhole that can open up between intention and effect. This is about the man who brings new power to the phrase ‘tight-lipped’.

Filled with sickly rooms, dark corridors and oppressive small towns, David Lynch’s work often generates feelings of claustrophobia and confinement. But there’s another way his worlds operate – they escape and exceed the usual boundaries, they spill out in unexpected directions at uneven speeds. Lynch’s work can feel messy and chaotic. In short, it sprawls. And sprawl has a bad reputation: it’s undisciplined and ungainly, it occupies time and space with ugly, disorganized forms. This talk examines the 18 hours and umpteen locations of Twin Peaks: The Return as Lynch’s ultimate ode to sprawl.

David Lynch is known for creating luxurious cinematic dreamscapes – infuriatingly beautiful mind puzzles in his signature surrealistic style. Three films in particular (Lost Highway, Mulholland Drive and Inland Empire) form his unofficial ‘blurred identity trilogy’, featuring characters who embark on bizarre inward journeys in search of lost selves. The central premise of this talk is that in each instalment of the trilogy, a psychogenic fugue follows the unconscious trauma of unrequited love. Psychoanalytic theory will be shown to illuminate Lynch’s iconic dream-logic, which is disturbing and beguiling in equal measure.

Carol Owens
What’s so Lynchian About That? Defining a Cultural Moment with some Notes from the Couch

What’s so Lynchian about that? Defining a cultural moment with some notes from “the couch”, or “Full of Freaks and Sad as Fucks”: On and off the couch with David Lynch
In the tenth episode of GirlBoss – the TV show “loosely based” on the online vintage shop Nasty Gal, aka the rags to riches story of Sophia Amoruso, there is a scene which quite simply could not have been written were it not for the constitutiveness of a certain moment which we can recognise as, properly speaking, “Lynchian”. Nasty Gal is accused of stealing business from other online vintage shops and there is some bad feeling about this, mostly via some hilarious threads on the online forum, mise en scene for us on the TV show as a “real” forum with the members seated around a table in a blacked-out space. Nasty Gal joins the forum and posts (says):

Then she leaves the chat room.

“she called us freaks..”

“Even worse, she completely missed the point of The Elephant Man.”

This little scene captures very well a number of things I want to talk about in this paper. First, the time has arrived in mainstream culture where a moment which we can call Lynchian is resonant. Second, the “Lynchian” thus constituted is a matrix of freaks and sad fucks. Third, it’s possible to miss the point of David Lynch. Drawing on some dreams and other unconscious formations and Lynchian assertions, I will try to sketch something of this cultural moment in order to answer the question: what’s so Lynchian about that.

Why not puncture bafflement with playful speculation? Mulholland Drive proves surprisingly amenable to the dream logic explored by Freud in The Interpretation of Dreams, so let’s see where it takes us.

I shall consider from a psychoanalytic perspective how Blue Velvet, dominated as it is by perverse relationships, presents us with ‘a strange world’ (a sentence repeatedly uttered by two of the film’s protagonists). I shall here focus in particular on the theme of voyeurism, which also implicates us as spectators, and on the symbolic significance of the cut-off ear, the film’s iconic and emblematic MacGuffin.

Todd McGowan
Waiting for Agent Cooper: The Ends of Fantasy in Twin Peaks: The Return

This talk argues that the series Twin Peaks: The Return creates the expectation of Dale Cooper’s return as a fantasy figure capable of healing the wound of subjectivity itself only to show how he actually plays a crucial role in its perpetuation.

Jaice Sara Titus
‘Laughing it off? David Lynch and the Limits of Humour’

Throughout Wild at Heart, David Lynch finds ways to repeat and expose feminine trauma, often bookedended with jokes and throwaway gags. The paper will trace how humour plays an important role in the recollection of trauma and what it means to be stuck in a joke-fantasy while trying to claim one’s place in the world.

Costume plays an important but under-recognised part in Lynch’s aesthetic. This talk will explore the distinctive contribution costume makes to Lynch’s oeuvre with a particular focus on Twin Peaks, showing how for Lynch, costume is more than just character and relates to his ongoing fascination with the curtain or veil. It will also playfully examine the influence Lynch’s work has had on fashion.

Jamie Ruers
She Wore Blue Velvet: An Investigation into the Lynchian Hysteric

The hysterical subject is an essential figure in Lynchian cinema. With an art historical lens, this paper will explore how hysteria has returned time and time again throughout Lynch’s oeuvre by looking at a few important characters, from The Alphabet (1968), to Blue Velvet (1986), to Twin Peaks (1990-2017).