This course will take place on 2nd and 3rd December 2021 from 1:30 – 5pm each day. The time listed includes a tea break. Booking admits all attendees to the livestream and access to the recording for 1 month. Registrants will receive the reading material 1 day before the course.

As a student Freud was passionately interested in philosophical questions concerning the nature of human existence, and in his autobiography (written at the age of seventy) he wrote that ‘the triumph of my life is that, after a long detour through the natural sciences, medicine and psychotherapy, I have returned to the cultural problems which had fascinated me long before, when I was a youth scarcely old enough for thinking.’ That is, he had returned to philosophy. One of the greatest works of the mature Freud – ‘Civilization and its Discontents’ (1930) – is devoted to the problem of human happiness, and on this course we will explore Freud’s philosophical thinking as set out in his later works devoted to society, religion and the nature of the human condition.

Session 1: Freud continually revised his theories throughout his career, and in some of his later works he explicitly abandoned the fundamental assumptions on which his early thinking had been based. The most far-reaching of these departures were rooted in a series of new and profound psychological insights formulated around the time of the First World War. In this session we will explore the brilliant and fruitful new ideas of Freud’s ‘middle period’, focussing especially on ‘On Narcissism: an introduction’ (1914) and ‘Mourning and Melancholia’ (1915), which began the revision of the libido theory, and suggested a new understanding of internal psychic structure. These works have retained their resonance – both within psychoanalysis and beyond – and we will discuss their current importance in philosophy and cultural theory.

Session 2: From this period onwards, Freud broadened and deepened the scope of psychoanalysis by offering comprehensive accounts of religion and society. Beginning from ‘Totem and Taboo’ (1913), we will explore Freud’s mature thinking on religion and its role in the human condition, carefully analysing his views as set out in ‘The Future of an Illusion’ (1927), and ‘Moses and Monotheism’ (1934-8).

Session 3: In this session we will follow the further development of Freud’s later thinking, exploring the two works in which he makes his most profound theoretical contribution: ‘Beyond the Pleasure Principle’ (1920) and ‘The Ego and the Id’ (1923)’. These works re-cast the foundations of his theory – and have retained their importance right down to the present, exerting a powerful influence on the development of psychoanalysis and also feeding into philosophy through the work of Lacan.

Session 4: Finally, we will analyse in detail ‘Civilisation and its Discontents’ (1929), the late work in which he sets out a comprehensive vision of the human condition. We will explore his views on the future prospects of humanity – as well as on the possibility of individual happiness – and review the critical responses these ideas have provoked from philosophers and social thinkers, as well as psychoanalysts, engaging critically with these intellectual debates.

(This is the fifth of five six-hour courses offering a complete introduction to Freud. The courses will be accessible to beginners – but are also designed for those already familiar with Freud’s work who wish to acquaint themselves with the results of the latest research and scholarship, and up-date themselves on the recent debates addressing the intellectual issues and controversies surrounding it.)

A limited number of bursary places are available for those under financial hardship. Bursary places will grant access to the live and recording access for £15. We will try give away as many bursaries as we can, but priority will be given to UK unemployed and PIP/ESA claimants. Please apply here.
+ Google Calendar+ iCal Export

END_OF_DOCUMENT_TOKEN_TO_BE_REPLACED 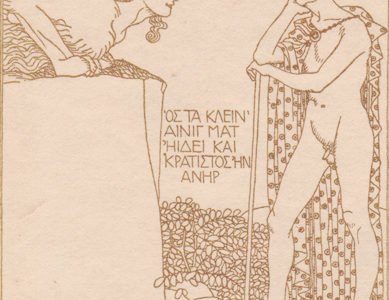