The course begins by examining the importance of ancient Egypt in modern European intellectual history. The eighteenth century witnessed a mania for the Egyptian past: the remarkable objects excavated and brought back to European collections captivated and challenged modern viewers’ ideas about history and time, art and nationality.

These questions would continue to resonate through the nineteenth century when Freud was developing his science of the mind. Ancient Egypt provided Freud with ways in which to understand and to imagine the relationship between the child and the adult, between art and sexuality, between Europe and its Others.

Miriam Leonard is Professor of Greek Literature and its Reception at UCL. Her research looks at the impact of antiquity on the thinkers of modernity. She is the curator of the Between Oedipus and Sphinx: Freud and Egypt exhibition at the Freud Museum.

Daniel Orrells is Reader in Ancient Literature and its Reception at King’s College London. His research explores the influence of ancient ideas about desire on modern notions of sexuality. Freud’s interest in the ancient world is a central focus of his work.

This talk is held in conjunction with our autumn exhibition Freud & Egypt: Between Oedipus and the Sphinx
4 August – 27 October 2019.

END_OF_DOCUMENT_TOKEN_TO_BE_REPLACED 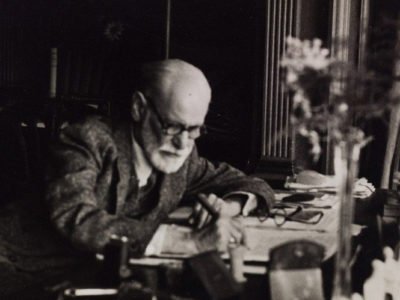