You are here: Home Collections Library Dedicated to Freud

Many of the books in Freud's library include handwritten dedications.

Freud received a large number of works, often with dedications, from followers and admirers. 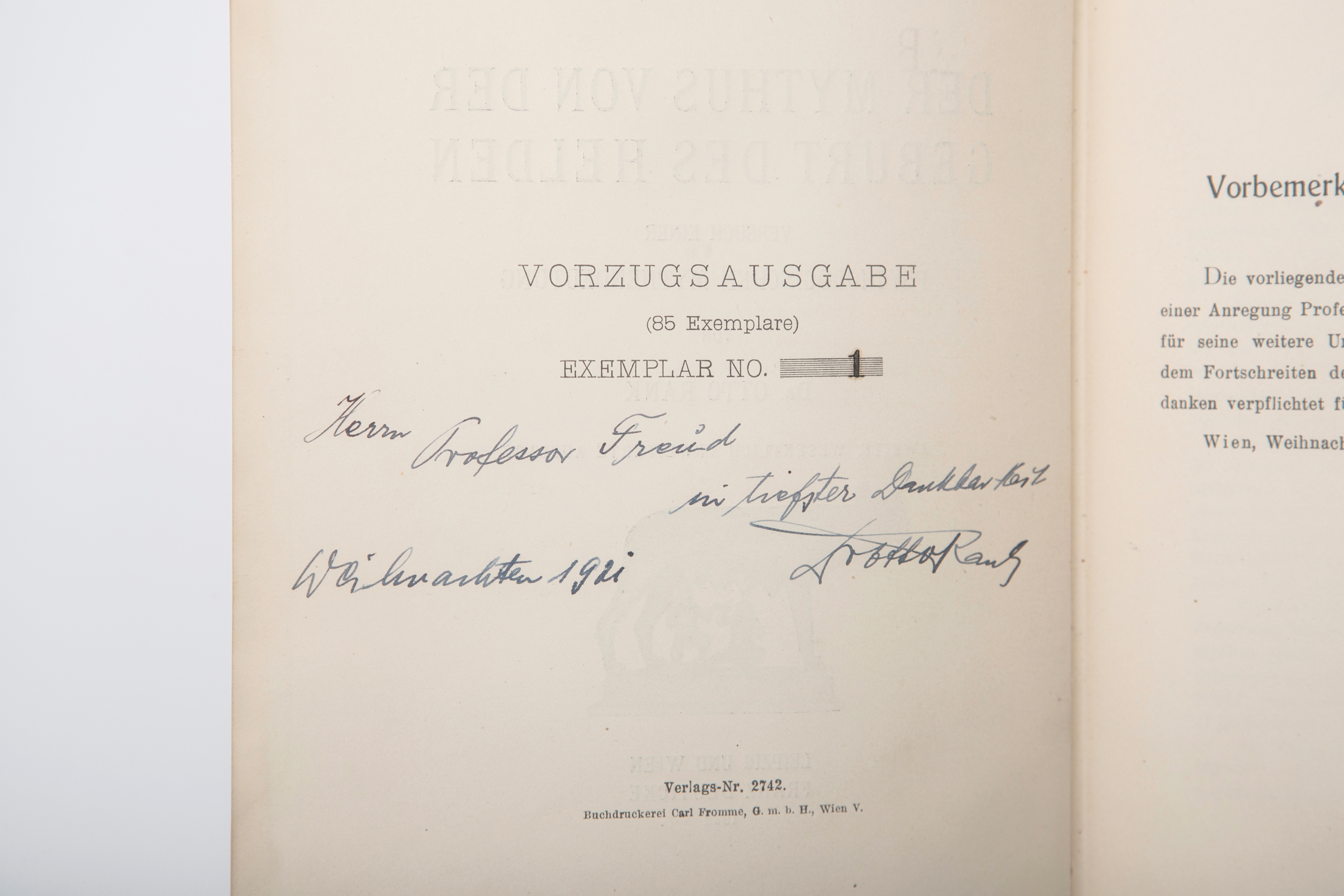 The majority of dedications in the front of books come from the authors themselves. They gifted Freud their newest publication, complete with an affectionate inscription, in the hopes that their work would sit on Freud’s library shelves.

The occasional book was simply a gift.

Marie Bonaparte, a friend, colleague and patron of Freud, was known to give him presents. A published author herself, Bonaparte also gave Freud gifts of books by other writers. 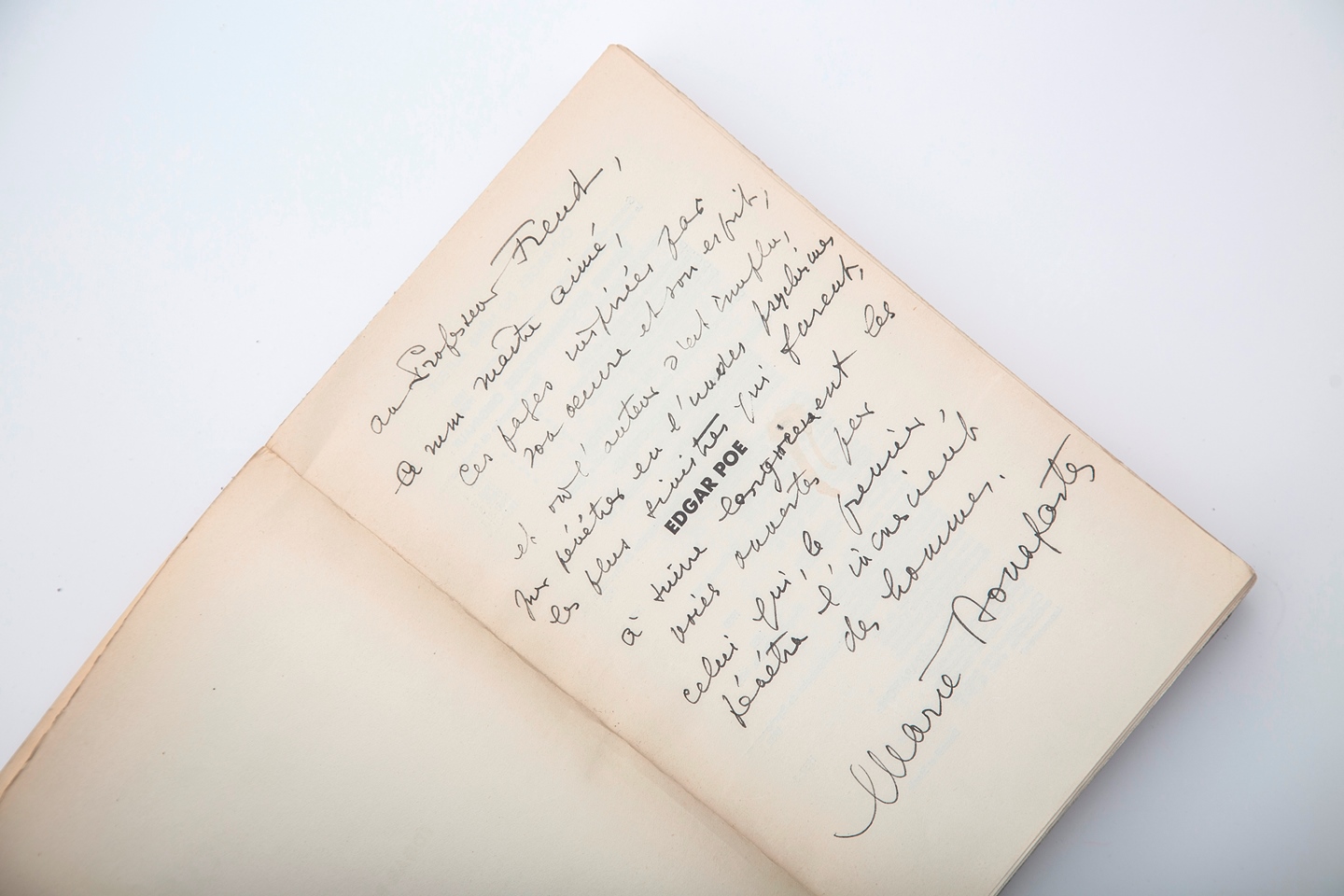 One of the very first books received as a gift was from Eduard Silberstein.

First published in 1772, the so-called Junius Letters was given to Freud in his early student years. It is a book about British politics and Silberstein wrote his dedication in English. Freud replied in a letter dated 31st December 1874:

“The only worthy presents to a friend are those books one has perused oneself and relinquishes for the sake of giving the other pleasure.”

Dedications from students and followers were often no less personal.

Otto Rank, when still a follower of Freud, inscribed his publication Myth of the Birth of the Hero:

“Dedicated to the father of this book in thanks from – the mother”. 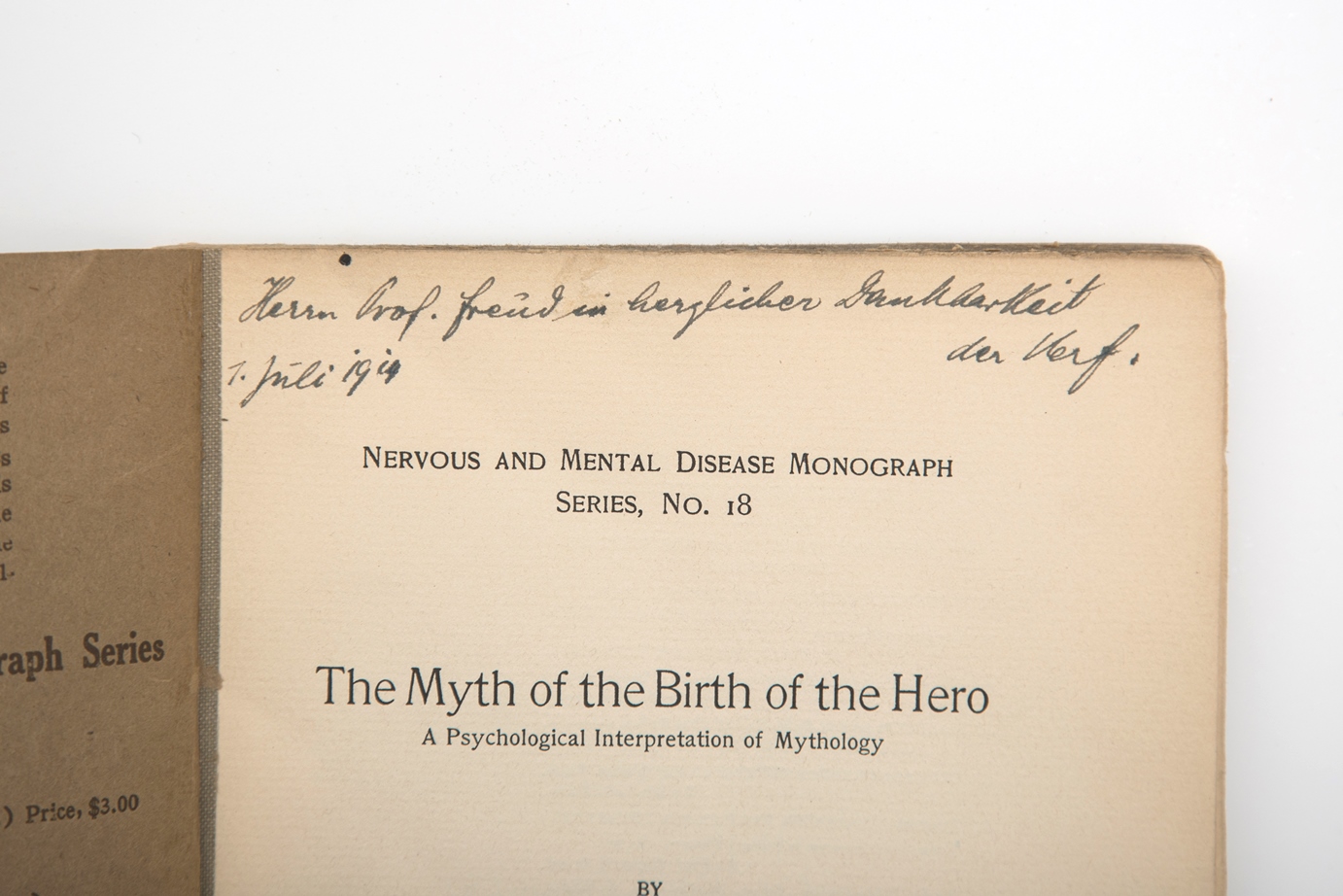 It was not just psychoanalysts who sent their books to Freud.

Writers such as Arthur Schnitzler and Arnold Zweig were contemporaries of Freud, and  Zweig credited Freud’s theories with informing his writing.

Sending his book Pont and Anna to Freud, he dedicated “this analytic story in due gratitude.”

Other dedications are more personal.

Anna Freud, Sigmund’s youngest daughter and only child to follow him into psychoanalysis, dedicated many of her published works to her father. The Ego and the Mechanisms of Defence” (1936) was a major work by Anna Freud. On her father’s 80th birthday Anna gave him a copy inscribed:

“Writing books as the supreme defence against all dangers from within and without.”

Perhaps the most personal dedication of all comes from Freud’s father.

On Sigmund’s 35th birthday, Jakob Freud gave his son the family bible. Referred to as the “Philippson Bible” after its translator, Ludwig Philippson, the bible is in German and Hebrew.

In the front of the bible is a page-long dedication from Jakob, full of quotations and allusions from the biblical text. 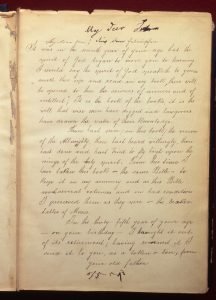 Jakob’s dedication is written in English, with Jakob adding “My deer Sohn [sic]” at the top and signing his name at the bottom. Since Freud was not taught Hebrew or Yiddish, is is thought that this translation was written by one of his older half-brothers, who lived in Manchester, England.

Along with this is a “Commemorative Page” written in Jakob’s shaky hand in both German and Hebrew text. The message is deeply personal, recording moments in the young Sigmund’s childhood as well as the date of the dedication: 6th May 1891. 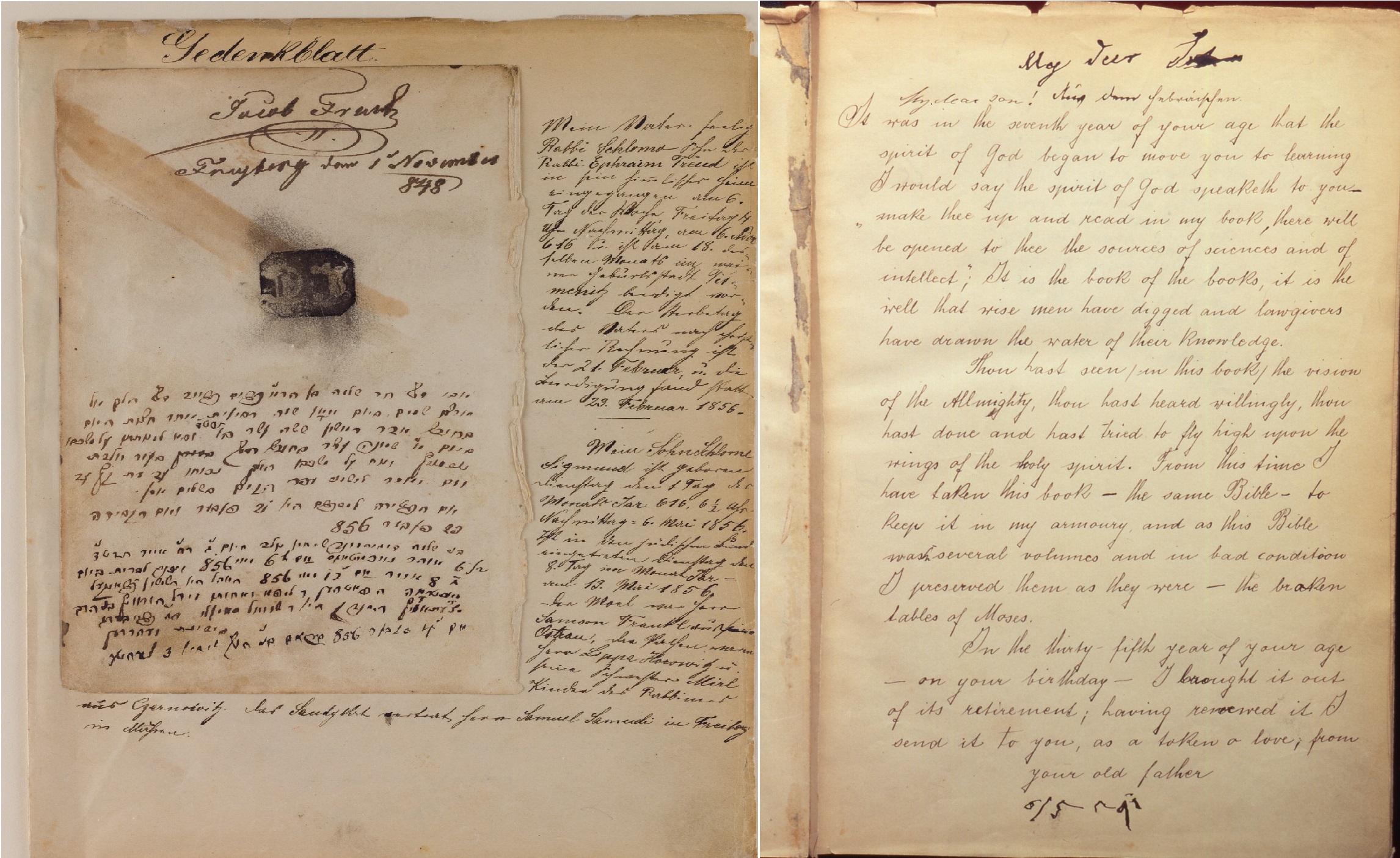