You are here: Home Blog Ivan Ward: Reflections on a Life with Freud

Ivan Ward: Reflections on a Life with Freud

Our Deputy Director and Head of Learning looks back at over thirty years at the Freud Museum.

Ivan Ward, Deputy Director and Head of Learning, retired from the Museum this year.

Ivan has been at the Freud Museum almost as long as the Museum has been in existence. He graduated from Cambridge University with a first class degree, and came to the Museum on a government scheme in 1987. He loved the place, and never left.

In his more than thirty years here, Ivan set up the Museum’s innovative education service (shortlisted for a Gulbenkian Award in Education in 1991), and the highly respected and extensive conference programme. He also contributed to the exhibition programme. Ivan has written widely on psychoanalysis, and edited the series Ideas in Psychoanalysis. A conference honouring Ivan’s contribution to the Museum is being planned, and he will no doubt remain closely associated with the Freud Museum. Meanwhile, he just needs to sort out thirty years of accumulated books and papers from his desk, and a very fine collection of early computers… 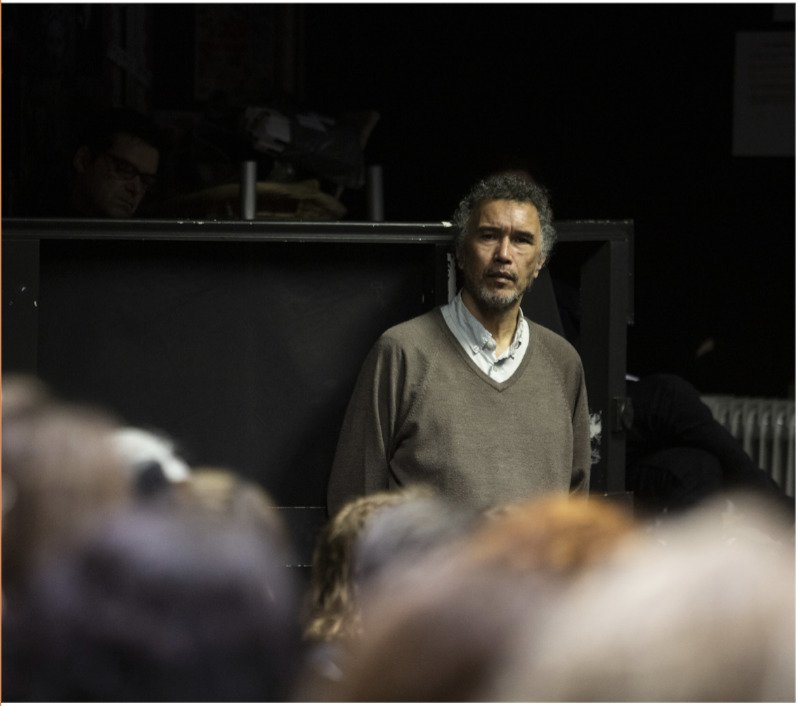 Looking back – In conversation with Stefan Marianski

You’ve been part of the Freud Museum almost from the beginning. What do you remember of the Museum in those early days? 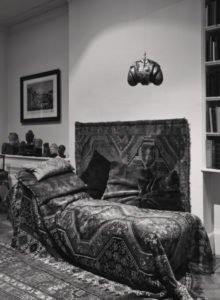 The Museum had been up and running for a year by the time I joined in 1987, so the major upheavals were over. The house had been renovated, Freud’s objects moved into storage and brought back again, a permanent historical exhibition installed and an education programme set up with public tours during opening hours and school groups at other times. Cataloguing was in full swing and innovative collection management systems were being put into place (we still have a card catalogue with bar codes!). There were dozens of part-time workers on the staff, all brought in through a government scheme called the ‘Manpower Services Commission’ – so lots of bodies and not much space. The top floor was still classed as ‘residential’ and let to the family of an American businessman because, as Camden Council said, ‘what if everyone wanted to turn their house into a museum?’ So quite chaotic in many ways but, like now, full of ideas and projects and an exciting buzz. When the government scheme ended after a year, a few of us created jobs for ourselves by setting up independent projects (including, most notably, Michael Molnar with his Freud’s Diary’ publication), but we then went from being chaotically overstaffed to chronically understaffed. I ended up doing education, conferences and the desk top publishing – including producing the first incarnation of this august journal!

During your tenure, the Museum has held a great many thought-provoking and artistic exhibitions. Do any highlights spring to mind?

The Louise Bourgeois exhibition was extraordinary but it was more than an art show. Two boxes of illustrated notes (written on the backs of envelopes, party invitations, restaurant menus and scraps of paper) had been found by her long-time assistant Gerry Gorovoy, which were related to her thirty year analysis, and many of these were displayed as part of the exhibition. Other highlights included Sophie Calle, Sarah Lucas, Noble and Webster, Mat Collishaw, Mark Wallinger and Salvador Dalí. I still get heart palpitations thinking about Metamorphosis of Narcissus, hanging on the exhibition room wall for three months, waiting to be nicked! 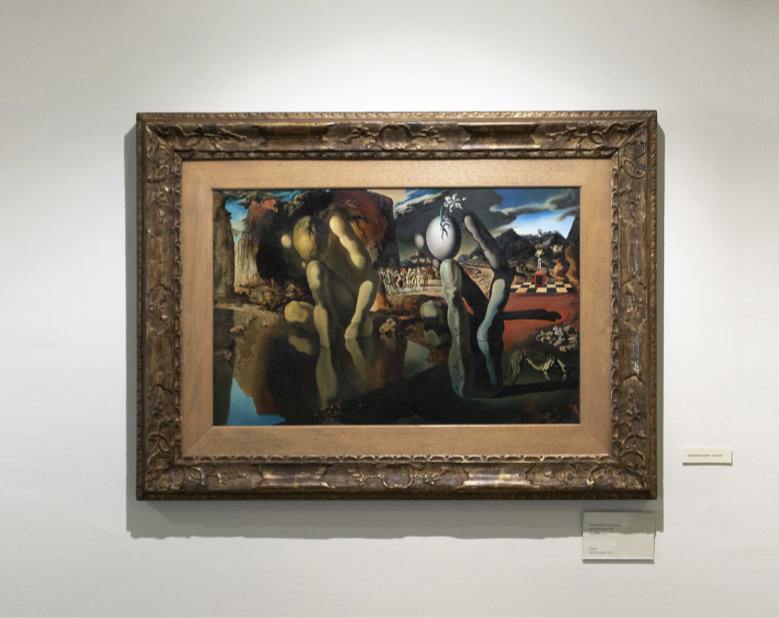 In one of the exhibitions you yourself curated, Sigmund Freud’s study, including his library and collection of antiquities, is said to have vanished into thin air. What’s the story? 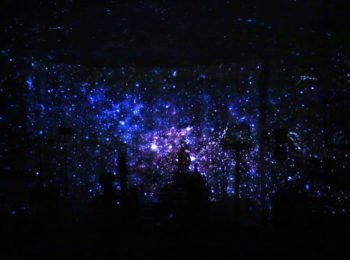 ‘Cold Dark Matter’ was a multi-channel video installation resulting from a simple brief to a group of students at the Royal Central School of Music and Drama: make Freud’s study disappear every 15 minutes and replace it with an expanding universe. The project was part of our Festival of the Unconscious (2015), which celebrated the centenary of Freud’s seminal paper ‘The Unconscious’. I wanted to make an analogy between the unknown ‘dark matter’ and ‘dark energy’ of physicists – a hypothesis necessary in order to explain the accelerating expansion of the universe – and Freud’s concept of the unconscious. The result was the spectacular installation in Freud’s study.

As head of the conference programme, well over fifty conferences and symposia have been organised under your watch. Have any stood out to you as being particularly innovative or far-reaching?

I think quite a lot have been innovative and far reaching. We organised one of the first conferences about psychoanalysis and ecology in 1992, a major seminar series on ‘Psychotherapy Black and White’ (1993), three amazing conferences in 1994 on Feminism (with Juliet Mitchell), Archives (with Jacques Derrida) and Humour (with Christopher Bollas and John Cleese), as well as more unusual events like conferences on Horror Films and Adolescent Fantasies (1995), ‘Football Passions’ (1998) and ‘The Meaning of Crying’ (2003). Other conferences brought psychoanalytic thought to other professions, most notably two conferences about midwifery, as well as major events about key psychoanalytic figures such as Bion, Winnicott and Ferenczi. Other topics included religion, science, class, shame, sexuality, creativity, paranoia and psychosis, as well as many conferences on contemporary art, related to museum exhibitions. There are really too many to list and the only thing to say is a heartfelt ‘Thank You!’ to the hundreds of speakers who have given their time for free in order to support the museum, and the many partner organisations who joined with us in these projects.

You’ve been at the forefront of the Museum’s unique and innovative psychoanalytic education service since its inception, holding sessions with countless visiting school groups. What did you set out to achieve, and how did you go about it?

“I think if we work at the Freud Museum, we should take Freud’s example as a touchstone and use our own lives as part of the data of analytic investigation and dissemination.”Ivan Ward

Well, it was not just me, but also my colleague Gwion Jones who set up the ‘Education Service’ in 1989. We did not always see eye to eye on matters of ‘technique’, but the fundamental aim was to introduce psychoanalysis to students who were likely to be hostile to ‘Freud’ and psychoanalysis. Our aim was to give students a taste of psychoanalytic thinking in a concrete and experiential way. One of my early ‘props’ was the children’s toy My Little Pony – kids love them, but why? And what can they tell us about ‘Freud’s toys’ as his collection of antiquities has often been called? We hoped that within a framework provided by the environment of the museum and by our own grasp of psychoanalysis we could invite students to look at the world in a slightly different way to what they were used to. We tried to encourage a certain type of curiosity (for instance about ‘motives’, or about the influences of the past on the present); an understanding that what appears to be immutable or arbitrary ‘reality’ may be meaningful and open to interpretation; and a certain self reflexive quality in the way we think. I wanted students to realise that the thinking person is part of the thinking process, and I hoped that the understanding of ‘concepts’ would arise organically out of this kind of self-reflexive engagement. 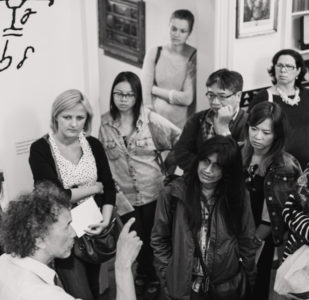 You’ve facilitated countless first encounters with Freud’s thought. Do you remember your own?

As an A-level student I was interested in Laing and the anti-psychiatry movement, so I knew all the criticisms of Freud before I had read anything he’d written – much like many of the students who come to the museum today. The turning point was reading The Interpretation of Dreams during my second year at university. I felt an immediate affinity with Freud’s way of thinking, it was like ‘coming home’. I’d studied Physics, Zoology and English Literature at A-level and all these influences were there in the way Freud constructed his extraordinary theory.

In several of your talks and publications you draw on your own personal experience to powerful effect. A good example is your talk at the ‘Fragile Phallus’ conference. Is this a nod to the early Freudians, or does it reflect something of how psychoanalytic ideas can illuminate a life?

I think if we work at the Freud Museum, we should take Freud’s example as a touchstone and use our own lives as part of the data of analytic investigation and dissemination. So yes, it is a nod to Freud and the early Freudians, but also a conviction that Freud’s ideas are about everyone. I think that’s a great expression – ‘how psychoanalytic ideas can illuminate a life’. Ours as well as ‘other people’s’.

And on a lighter note… You are on a desert island, that fortunately has a power supply but no internet connection, and you are only allowed to have one of the following with you: your Kindle with Freud’s complete works, or your mp3 player containing Wagner’s complete works (versions of your choice). Which would you choose?

When you are faced with the choice ‘who do you love best, mummy or daddy?’ it’s sometimes best to make a strategic withdrawal. I’d take the complete works of Darwin and study the ecology of the island.

I’ve worked with you for many years and throughout that time you have always had exactly the same lunch. Can you explain?

My lunch has changed dramatically over the years, but the wheels turn slowly. Sadly, Freud offers few insights into the phenomenon: ‘We come across people, for instance, to whom we should be inclined to attribute a special ‘adhesiveness of the libido’… They cannot make up their minds to detach libidinal cathexes from one object and displace them on to another, although we can discover no special reason for this cathectic loyalty.’ (‘Analysis Terminable and Interminable’ 1937).

What has been your proudest achievement of working at the Freud Museum these many years? 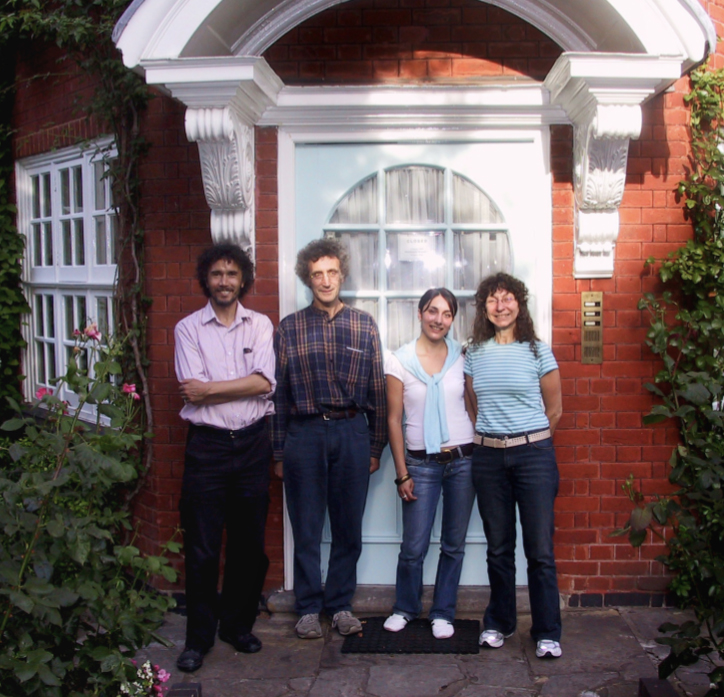