Many of Freud’s most ‘famous’ objects are of Egyptian, Greek and Roman origin. But taking pride of place in the very centre of his desk stand two beautiful Chinese screens – a Qing Dynasty wooden screen with a white jade figure of a scholar and, in front of that, a pierced jade screen. Both were designed to be placed on a scholar’s desk, along with ornamental writing objects such as brushes, ink blocks and brush rests. 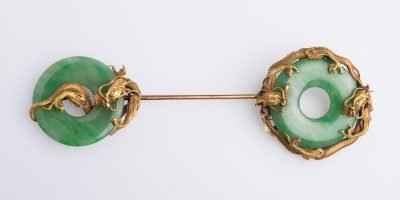 The small jade screen was so precious to Freud that he arranged for it to be smuggled out of his Vienna home, when his entire collection was under threat of confiscation by the Nazis. Other Chinese pieces were significant gifts to his daughter and intellectual heir, Anna Freud.

One of these, a beautiful jade and gold brooch with gold dragon detail, is a highlight of Anna Freud’s collection of otherwise quite ordinary costume jewellery. Little is know about where or when Freud acquired this piece or his other Chinese objects. He had been collecting jade, mainly bowls, for many years.

Jade was the sacred gem of China, symbolising many virtues, such as justice, courage and wisdom. 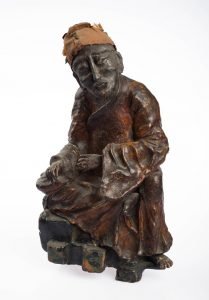 Freud’s library contains his own 1930 Chinese edition of his Introductory Lectures in Psychoanalysis, translated by Gao Juefu 高覺敷 (1896-1993), one of the pioneers of psychotherapy and psychology in China. Indeed, Freud owned a number of books on Chinese art and literature, themselves very beautiful examples of German interwar book art, and testimony to the wave of interest in all things Chinese in the Europe of Freud’s day.

Freud never travelled to China. In an exchange of letters with the philosopher and Chinese translator of his Autobiography, Zhang Shizhao 章士釗 (1881-1973), Freud confessed that his copy of the Encyclopaedia Britannica was the principal source on which he based the key references to China and Chinese culture in his writings on psychoanalysis.

Each Chinese object in Freud’s collection is intriguing in its own way. Earthenware tomb figures, stone and metal religious images, and many of the jades which Freud collected are not in themselves ‘treasures’ of Chinese art. Indeed, many may well have been manufactured to satisfy the growing global market of which Freud was a part. But taken together they provide a basis for exploring a number of themes of great significance. From the world of western collecting and ‘Orientalist’ thought, through themes of authenticity and falsehood, to the part which objects associated with death played in Freud’s thoughts on mourning and loss.

These themes and more will form the basis of a major new exhibition at the Freud Museum London in late-2021. ‘Freud and China’ will display Freud’s Chinese collection in a brand new way, exploring the place of China in Freud’s own thought, Freud’s reception in China, and the use of Freudian themes and ideas by Chinese writers and artists.

More information will be announced soon, but for now – Happy New Year! 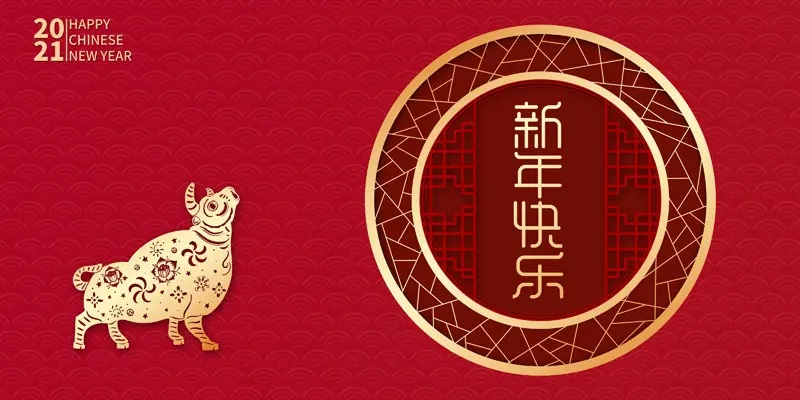