You are here: Home Blog Wolves!

Susan Finlay, our Writer in Residence, with the sixth of her textual vignettes prompted by objects in Freud's collection. 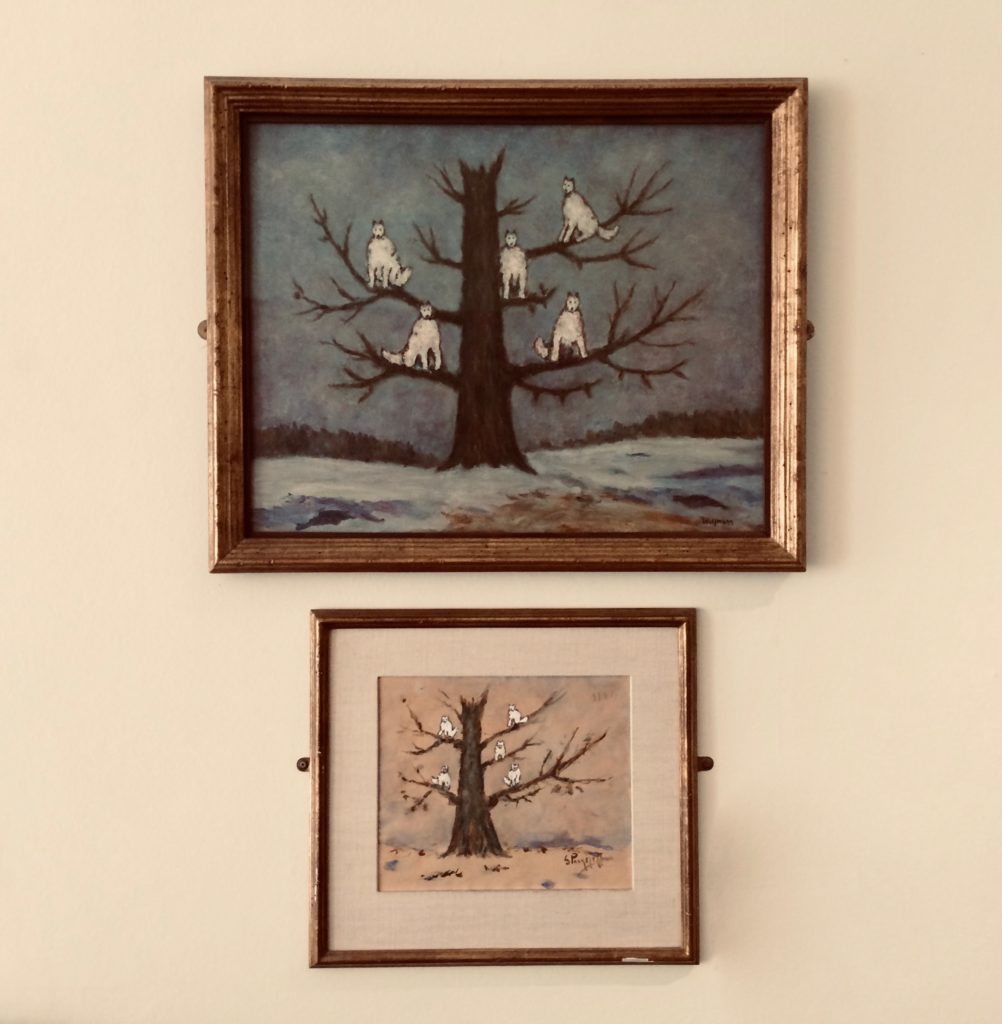 In the larger painting every colour is a cool one (a shade of blue) or not a colour (white). A cold, snowy landscape lapping at the edges of the frame, and in the centre a broken, leafless tree with five branches. A white dog-like animal is sitting, waiting on each branch, but I know that each one is actually a wolf, first because I read the case-study, and second because the righthand corner is signed ‘Wolfman’.

Between this, and the smaller painting underneath it. It does not touch the frame. Rather, it is surrounded by a hessian mount that creates a gap of two or more inches. The sky, which meets and merges with the similarly coloured ground is tinged with pink as well as blue, grey, lilac… The colours of a winter sunset burning with-

And in the righthand corner the words, ‘S Pankejeff.’

(Or alternatively, two paintings of a winter tree filled with friendly looking dangerous animals (or one painting of a cold nightmare, and one of a dream singed by cold fire (or one painting by a fictious, hybrid beast, and one by someone with Russian, possibly aristocratic, heritage…)))

I peer through my post-modern titanium glasses, and try to untangle the parentheses (again).

According to the wall panel one is from 1964, and one is from the seventies, although which one is which isn’t certain. I assume that the larger painting is earlier because the Museum is proof of recovery. But then why return to the dream?

I assume that the dream is an unfulfilled something, still unfulfilled.

The case study also mentioned a snake, cut into pieces. Another metaphor, which as it remains in the mind remains a dangerous looking dangerous animal whereas were the Wolfman or Snakeman or S Pankejeff to paint it, it might become a worm

Into a scratch that goes below the surface

And filling it with holes.