You are here: Home Blog Freud and his Cigars

Freud and his Cigars

Sigmund Freud was honest about his addiction to smoking cigars - it was a passion that lasted a lifetime. 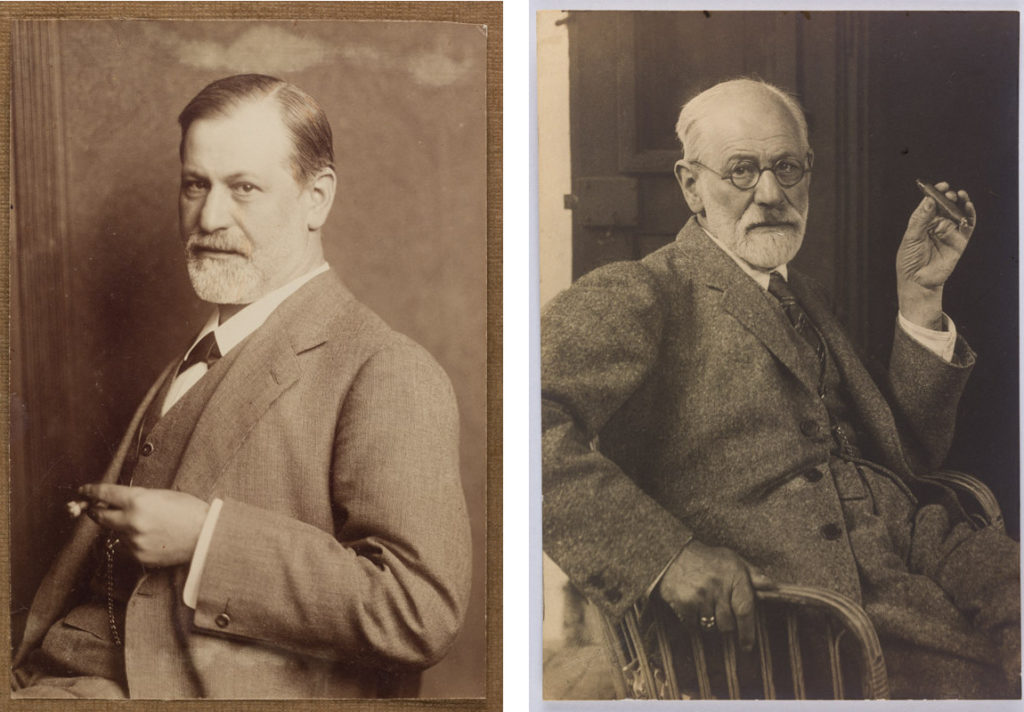 ‘Smoking is one of the greatest and cheapest enjoyments in life, and if you decide in advance not to smoke, I can only feel sorry for you.’

Sigmund Freud spoke these words to his nephew Harry when, at age 17, he  declined the offer of a cigar from his uncle. Freud had begun smoking when he was twenty-four, following the example of his own father who had smoked until his death at eighty-one. Ernest Jones, Freud’s friend, colleague and biographer, suggested Freud’s smoking should be described as an addiction rather than a habit.[1] From what we know now, I’m sure medical professionals would agree! 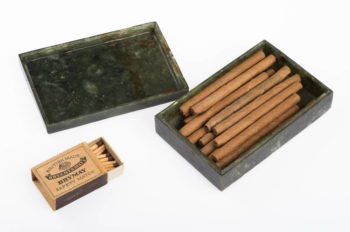 Why did Freud smoke?

Despite being diagnosed with cancer of the mouth in 1923, Freud continued to smoke until his death in 1939. Freud explained his love of cigars to a friend, saying ‘cigars have served me for precisely fifty years as protection and a weapon in the combat of life.’[2]

It is clear that smoking cigars provided Freud with a source of pleasure. His own psychoanalytic theories associate this with other oral pleasures, such as thumb-sucking and kissing. These all satisfy the desire to repeat the infant’s first sensual experience of suckling.

‘I believe I owe to the cigar a great intensification of my capacity to work and a facilitation of my self control.’ Freud to his doctor 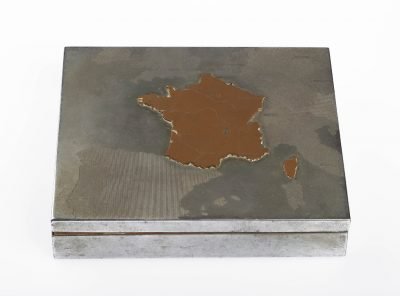 Freud’s cigar addiction came with its own demands for objects. Although he liked to surround himself with his collection of beautiful antiquities and archaeological treasures, more practical items were also required. Amongst the ancient Egyptian figurines and Roman statuettes, his desk is littered with ashtrays, cigar boxes and matches. Freud was right handed, so an ashtray was always positioned on the right side of the desk within easy reach.

There are four heavy marble ashtrays on the desk and even a green marble matchbox holder for Freud’s matches. To this day they hold an original box of Bryant and May matches! But perhaps the most luxurious smoking item on the desk is a cigar box gifted to Freud by his friend and colleague Marie Bonaparte. The lid is engraved with a map of Europe, with France inlaid in copper relief. The interior is lined with wood. Freud used the box to store his cigars for many years, and it can be seen on his desk in a number of photographs. Like the rest of his precious collection, the cigar box travelled from Vienna to London with him in 1938. Despite advancing age and ill-health, Freud persisted in his addiction.

Although cigar smoking was more common in Freud’s era than it is today, it was not to everyone’s taste even then. Friend and biographer Ernest Jones noted that, despite being very well-mannered usually, Freud had the habit of ‘hawking and spitting induced by his chronic catarrh and oversmoking’ during analytic sessions. ‘Patients who were unaccustomed to such behaviour’ Jones continues, ‘ could be disturbed by it, whereupon Freud would chide them for their squeamishness.’[3] Freud's social graces

Freud’s addiction led to a diagnosis of cancer in 1923. Sixteen years of treatment and thirty-three operations followed, accompanied by terrible physical discomfort. In 1929 Freud underwent his second operation in which the majority of his upper palate was removed. His nasal cavity was left open to the mouth, requiring an oral prosthesis that Freud nicknamed ‘the monster’. This was specially made in order to allow him to speak and eat. The prosthesis did not fit well and had to be modified repeatedly. It caused irritation and persistent ulceration to the soft tissues of the mouth.

One of Freud’s most famously mis-quoted sayings is ‘Sometimes a cigar is just a cigar’. The phrase is constantly attributed to Freud, but there is no evidence that Freud ever said or wrote it.

As a result of another badly conducted operation, Freud’s ability to open his mouth was limited and he was only able to smoke his cigars by forcing open his teeth with a clothes peg. The prosthesis and the clothes peg are still kept in the drawers of Freud’s desk.

It seems amazing that throughout all this Freud continued to smoke, but that was the nature of his addiction. Before he died his thoughts were still on his cigars: ‘Your seventy-second birthday finds us on the verge of separating after long years of living together’ he wrote to his brother Alexander. ‘I would like you to take over the good cigars which have been accumulating with me over the years, as you can still indulge in such pleasure, I no longer.’[4] 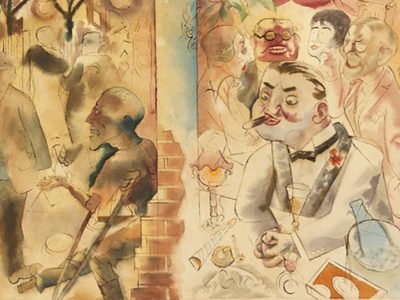