You are here: Home Blog The Other Downstairs Room

The Other Downstairs Room

Susan Finlay, our Writer in Residence, with the fourth of her textual vignettes prompted by objects in Freud's collection. 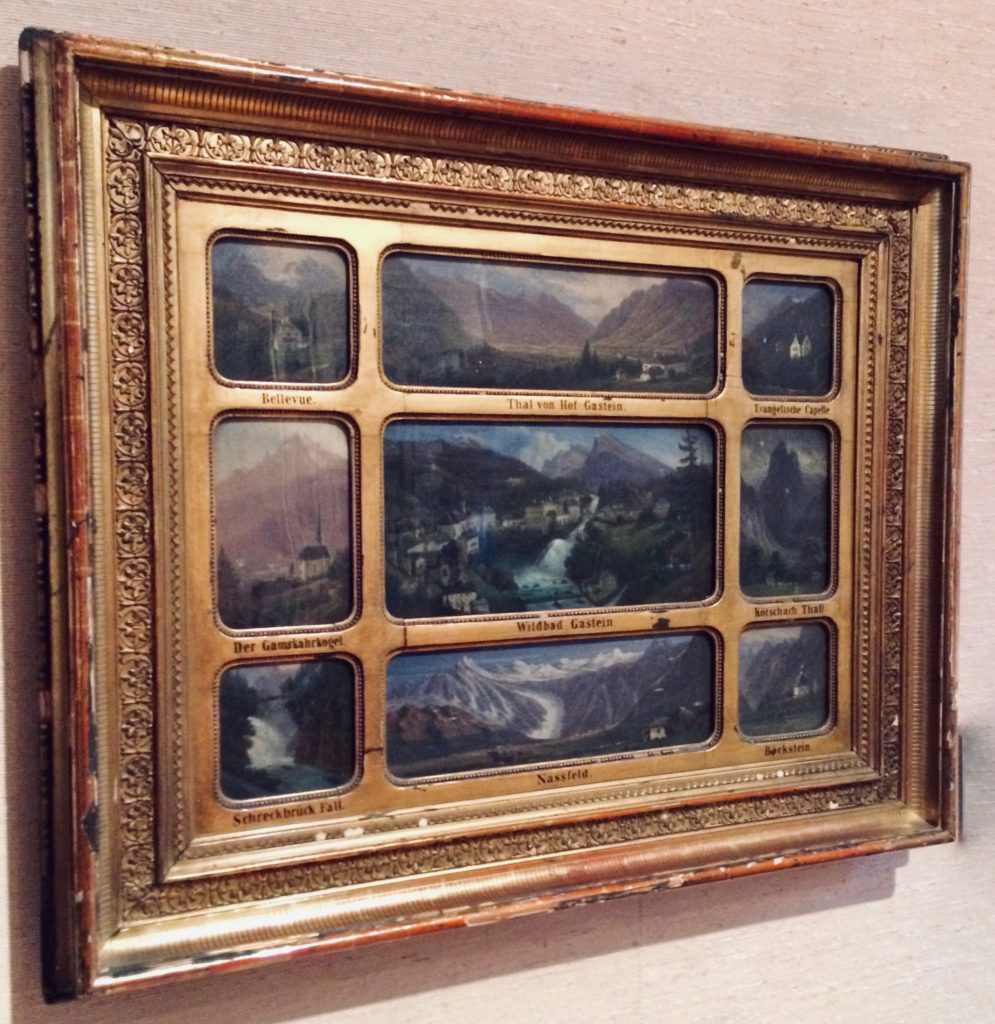 Nine has a meaning and vibration of its own:

Nine views of Austria (or Switzerland, but let’s not go into all that hippy shit) where every cat has nine lives (and every life is cursed by the cat-o-nine tales (another metaphor in parentheses)).

Karlsbad or Marienbad, or Karl or Marien’s lake, which if it was in England, or a desk, cloud, or fridge, would be hiding a sword at its centre…

Marx and Godard and Excalibur for five good years before the war.

And then afterwards Bad Gastein: “Picturesquely situated in a high valley of the Hohe Tauern mountain range, it is known for the Gastein Waterfall and a variety of Belle Époque hotel buildings.”

Or moving from the French New Wave – which hasn’t happened yet – to Wes Anderson’s pastel coloured symmetry – which hasn’t yet happened either – via a Baedeker – via another Karl – a type of guide I’ve only ever seen in novels.

I once saw a photographic guide to Karlsbad, it was full of buildings so pretty and bright that the whole town resembled a box of sweets. I once saw a film in which X plus I tended to topiary. Once upon a time in Mitteleuropa I-

Had quite a time.