You are here: Home Blog The Study

Susan Finlay, our Writer in Residence, with the second of her textual vignettes prompted by objects in Freud's collection. 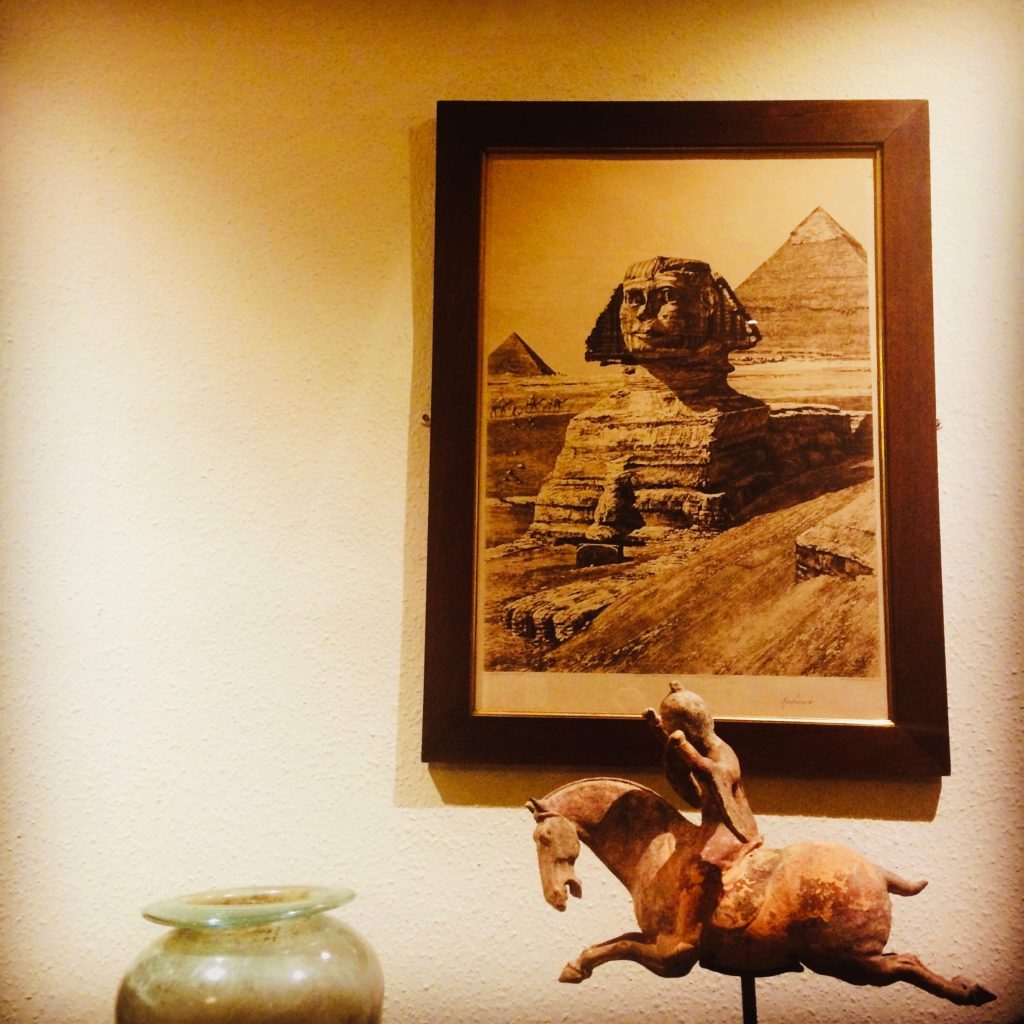 Almost directly in front a similarly earthy antiquity/sculpture of a galloping horse.

Then, a bowl of milky, cloudy jade filled with the unspecified remains of something.

(Or alternatively, two brown things, and a whiteish green one (or a flat image and two curvaceous objects (or an old picture, an older model, and an ambiguous – possibly unsavory – container…)))

I peer through my post-modern titanium glasses, and try to untangle the parentheses.

Because as I said last time, I want to scratch beneath the surface (that is also a metaphor, also in parentheses) and get right down into my own subterranean subcontinent, or somewhere else that sounds a long way below western idealism but is actually less-than-twelve-hour flight away-

Only think about your carbon footprint-

Think about the very real (or material) effects of travelling between these three things and the window display in La Maison Colonial; the furniture shop where they sold ‘primitive artifacts’ alongside Eames chairs before terms like ‘cultural appropriation’ existed

And greed was greed, plain and awful.

Going back to then, when I was an art student who liked to accessorize with books on film theory, I used to go to there instead of here. I’d set off for here, by way of there, but then wander in to look at the lovely, politically incorrect things that they sold to rich, white people.

I once held a jade bowl that wasn’t milky and cloudy like this one. Rather, it was a pure, deep green that glowed like the Nile. It was cold and then gradually warmed to my touch. I tapped my nail against it and… ‘Ping!’

I remember thinking: softer than glass but deeper than plastic.

I remember holding an empty bowl and thinking: this sounds authentic (only I don’t want to be authentic. I want to be faithless, but full…)

But back here there’s another cabinet, lurking just outside the frame, and next to it an encroaching pedestal that’s elevating something.