You are here: Home Blog Remembering Maira a Year On

Remembering Maira a Year On 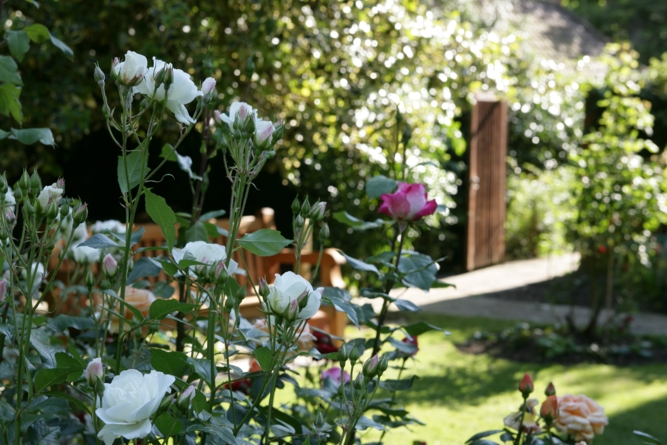 Just over a year ago, on a chilly Friday evening towards the end of November, the Freud Museum reading group sat down to read the exchange of letters between Freud and Einstein which were published under the title ‘Why War?’ We met at 5:30 around the desk in the main office, which incidentally used to be Anna Freud’s consulting room.

It was the same time and the same place that we always meet, but this particular reading group took place under very sad circumstances; we had recently heard that our dear friend and colleague Maira Thorley had passed away, a few days before.

Maira’s exuberance and sense of fun belied the fact that she had been fighting a serious illness for a long time. Many of us knew that she was unwell, but somehow you could never really associate Maira with ill-health. She seemed so full of life that when the news came it was such a shock to us all emotionally, even though rationally we perhaps should’ve expected it.

It felt right that we should meet up together, to read Freud together. As if the act of collective reading might somehow help us to understand better, or alleviate something. But what to read? To continue reading the work that we were halfway through felt like it might trivialise the occasion; there had to be a specific, significant text of Freud’s that would work. For some reason we decided on ‘Why War?’ Perhaps it was because Maira was so politically motivated; as a Brazilian by birth and a passionate advocate of equal rights, she was appalled by the political situation she saw unfolding in her homeland. Perhaps we had hoped that Freud might shed some light on the senselessness of death on a global scale, and that through this, we might understand more clearly the mortality of the individual. Why? Any reader of Freud will know that motives, both in the individual and in the collective, are very difficult things to trace. However the text did seem to work.

‘This is the problem: is there any way of delivering mankind from the menace of war?’

In 1931the League of Nations sponsored a programme whereby intellectuals would exchange a series of letters ‘on subjects calculated to serve the common interests of the League of Nations and of intellectual life’. Albert Einstein was one of the first people to be approached, and he chose Sigmund Freud as an interlocutor. In 1932 Einstein and Freud exchanged letters on the topic that the creator of the Theory of Relativity suggested- ‘This is the problem: is there any way of delivering mankind from the menace of war?’

Freud’s answer arrived in August of the same year, and the exchange was published in March 1933 in Paris, in French, German and English. The work was forbidden in Germany however, as that very month the Enabling Act was passed by the Reichstag, effectively giving Hitler total control over the country. Describing war as ‘the crassest opposition to the psychical attitudes imposed on us by the process of civilization’, Freud argued that ‘we pacifists have a constitutional intolerance to war, an idiosyncrasy magnified, as it were, to the highest degree’. Freud’s brilliance is displayed in this text, as it so often is, through his use of the concept of ambivalence. The process of civilization ‘imposes’ psychical attitudes upon us, and the ‘internalisation of the aggressive impulses’ which is one of the psychological characteristics of civilization, has both its ‘advantages’ and its ‘perils’.

Civilization comes at a Cost

Hardly an Enlightenment optimist, Freud was free from the illusion that you could have your cake and eat it; civilization comes at a cost. Indeed, in earlier texts, he had analysed what happens when this simple yet profound human truth gets ignored or is unacknowledged. His  theory, outlined in Group Psychology (1921) that the individual can regress to a state of infantile dependence on a ‘leader’ who will solve all of their (and the group’s) problems, seems particularly chilling when read in the context of the events that surrounded the publication date of ‘Why War?’

It appears that civilization wins out in the end though, as Freud writes, ‘But one thing that we can say, whatever fosters the growth of civilization works at the same time against war’. According to Ernest Jones, Freud was far from happy with the exchange of letters, referring to them as a ‘tedious and sterile discussion’. Perhaps we should take this judgement with a pinch of salt however, and read it in the context of Beckett’s famous phrase; ‘fail, try again, fail better’.

Posted in Volunteers' Blog by Tom Derose on November 19th, 2019.