A catalogue of quotations erroneously attributed to Freud. 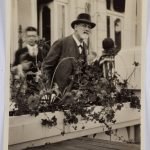 Sigmund Freud was well known for his one-liners, but many quotes are incorrectly attributed to him.

…including several famous ones!

Here’s our list of 10 things the founder of psychoanalysis never said.

I, as is well known, do not like cats.Sigmund Freud

Where did Freud say: ‘Time spent with cats is never wasted’?

Although this quote is widely attributed to Freud on quotation websites, there is no evidence that he ever said it.

He did, however, write to his friend Arnold Zweig: “I, as is well known, do not like cats”.

He was more of a dog person.

Where did Freud say: ‘Sometimes a cigar is just a cigar’?

Perhaps the most famous phrase attributed to Freud, there is no evidence that Freud ever said or wrote it.

It’s also highly unlikely that he would have made such a comment unironically, since it goes against one of his key findings. In his own words:

“These small things, faulty actions and symptomatic or haphazard actions alike, are not so insignificant as people, by a sort of conspiracy of silence, are ready to suppose. They always have a meaning, which can usually be interpreted with ease and certainty from the situation in which they occur…. A man’s most intimate secrets are as a rule betrayed by their help.”

In other words: a cigar is never just a cigar!

However, it wouldn’t be completely out of character for Freud to have made the ‘just a cigar’ quip, as it fits with what we know of his dry wit and sense of irony.

Where did Freud say that the Irish are impervious to psychoanalysis?

This remark is attributed to Freud in the film The Departed. However, there is no evidence Freud ever said or wrote it.

In fact, psychoanalysis seems to be particularly popular in countries with large Catholic populations, and those with a history of colonial oppression or dictatorship. It is thriving in Ireland!

Where did Freud say: ‘The mind is like an iceberg. It floats with one-seventh of its bulk above water’?

Freud’s account of the mind is often compared to an iceberg, but he himself never used the analogy.

In fact, it can be a very misleading comparison. It’s true that Freud thought most mental processes take place ‘beneath the surface’, but the iceberg model overlooks the dynamic nature of the Freudian unconscious.

Where did Freud say: ‘A fear of weapons is a sign of retarded sexual and emotional maturity’?

This quote is particularly popular among opponents of gun control, but there is no evidence Freud ever said it.

It is unlikely to be authentic, given that one of the basic tenets of psychoanalysis is that symbols don’t have fixed meanings.

Nonetheless, the popularity of this misquote among a predominantly male demographic invites psychoanalytic reflection. We explored these themes in our 2018 conference, ‘The Fragile Phallus’.

Where did Freud say: ‘Flowers are restful to look at. They have neither emotions nor conflicts’?

Freud certainly enjoyed looking at flowers, but there is no evidence that he ever said this.

Where did Freud say: ‘Everywhere I go I find a poet has been there before me’?

What a lovely quote! But Freud is not on record has having said or written this.

It is likely a variation of another possible misquote: ‘The poets and philosophers before me discovered the unconscious. What I discovered was the scientific method by which the unconscious can be studied.’ Sadly, there is no direct source for this quote either. It first appears in a 1940 journal article by Philip R. Lehrman.

However, it doesn’t seem implausible that Freud would have said this, based on what we know about his love of literature.

Where did Freud say: ‘I can heartily recommend the Gestapo to anyone’?

There is a widely repeated story that the Nazis made Freud sign a document stating that they had treated him with “respect and consideration”. According to the story, Freud added beneath his signature: “I can heartily recommend the Gestapo to anyone”.

The document was subsequently found by researchers and contains no such comment.

Where did Freud say: ‘Out of your vulnerabilities will come your strength’?

Perhaps the most motivational of all the misquotes, there is no evidence that Freud said this.

Freud would most likely have despised the reduction of his thought to a such a pithy statement, but perhaps there is a Freudian reading. The word ‘vulnerability’ comes from the Latin word vulnus, meaning ‘wound’, which Freud would have linked to the castration complex.

Where did Freud say: ‘The first human who hurled an insult instead of a stone was the founder of civilization’?

This is a tricky one, since Freud did in fact use something like it, but he is alluding to another writer. Freud writes: ‘as an English writer has wittily remarked, the man who first flung a word of abuse at his enemy instead of a spear was the founder of civilisation.’

The witty English writer was the neurologist John Hughlings Jackson.

Have a look at Freud in Quotes for a selection of quotations Freud did say.