You are here: Home Blog Podcast: Surrealism and Psychoanalysis

Conquest of the Irrational? 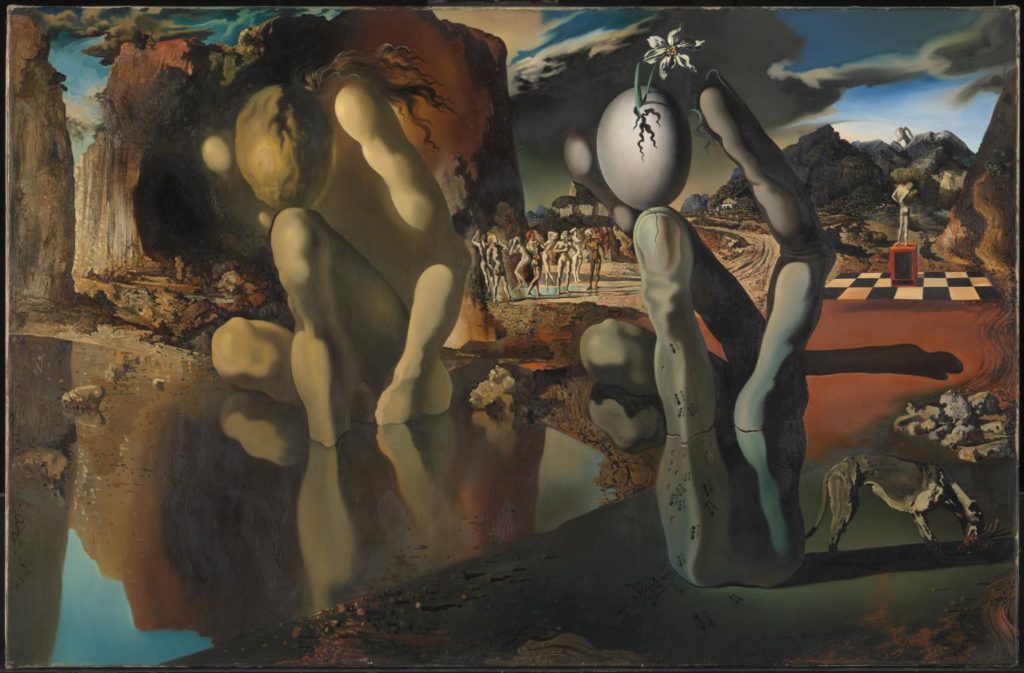 It brought together art historians, psychoanalysts, authors and artists to reflect on the many facets of this relationship.

This paper explores Freud and Dalí’s rather different ideas about censorship. Starting with their comically perplexing meeting, it will also look at the myth of the ‘crazy artist’ in the context of Freud’s ideas about the unconscious and narcissism.

Krzysztof Fijalkowski – The Question of Play Analysis: Surrealism, Psychoanalysis and the Game of Symbolically Functioning Objects

Salvador Dalí’s proposition for Symbolically Functioning Objects (1931) made an important contribution to the establishment of objects as a major priority for surrealism. In line with the surrealist group’s research strategies, this novel category of objects is presented in the framework of a game, one in which the construction of assemblages by participants is answered by a second phase of interpretation in terms of unconscious motivations. The challenges of such interpretation, however, were by no means unfamiliar to surrealists. Just a few years earlier, issue 9-10 of the group’s journal La Révolution surréaliste (1927) had published an exclusive extract of Freud’s The Question of Lay Analysis, while at least one psychoanalyst – Jean Frois-Wittmann – was close to the group at the turn of the decade, supporting the sense that Dalí’s appropriation of psychoanalytic method is carried out in a highly informed context, even if to very different ends: symbolism, eroticism, mobility are all harnessed in such a way as to reveal an extravagant complicity between subjects, objects and the motivations crossing between them. A conversation between analysis, play and the object is at stake here, one in which none of these parameters emerge unchanged.

…a disappointment, an ear, and a snail.

David Lomas – A Language of Flowers: Surrealism, Psychoanalysis, and the Botanical Imaginary

Freud’s dream of a botanical monograph contains a reproach directed against him for having neglected the science of botany. In botany post-Linneaus, a vision of plant sexuality emerges that resembles in its freedom from constraints Freud’s account of the polymorphously perverse character of human sexuality before it comes under control of the Oedipus complex. My paper will argue that for modern artists working in a surrealist idiom, many of them women, botany – acting in concert with psychoanalysis – offers the means to defy restrictive norms governing gender and sexual relations. I will survey various artists where I believe this to be the case, examining in depth Helen Chadwick’s “Piss Flowers” (1991-2), cast from cavities produced by peeing into snow. When inverted, these casts present a surprising analogy to the pistils and stamens of a typical, bisexual flower. Drawing subversively upon Freud’s urethral eroticism, combined with her knowledge of Linnaeus, the “Piss Flowers” (created at a moment when Chadwick was collaborating with AIDS charities) propose a queer alternative to human sexual dimorphism.