You are here: Home Blog Fashion and Psychoanalysis: An international inter-disciplinary conference 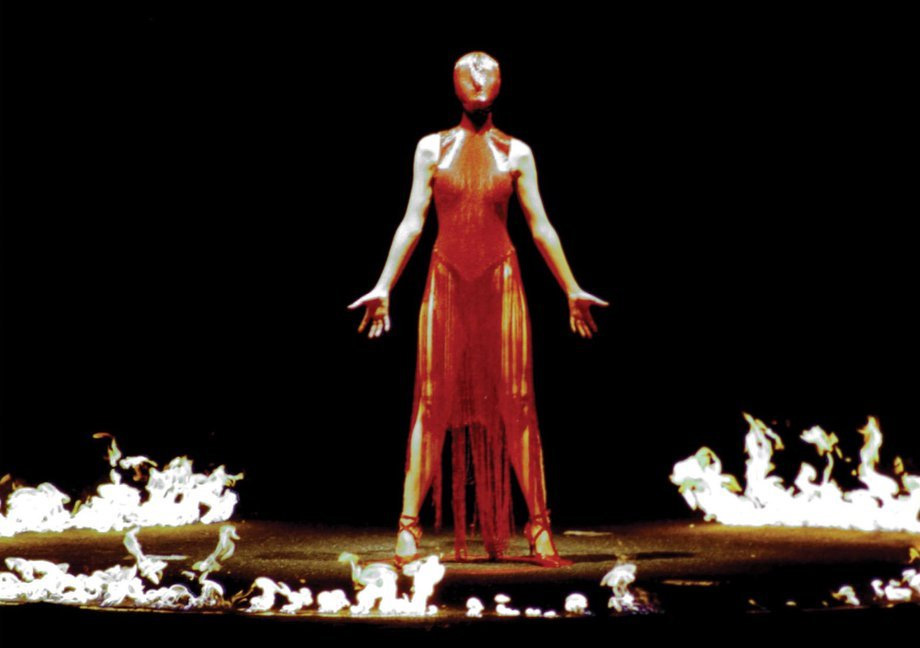 The conference was conceived as a major initiative to pave the way for a more vigorous dialogue between the disciplines of Fashion, Psychoanalysis and Psychology.

Speakers addressed a wide range of themes connecting fashion, clothing, style and the body to psychoanalysis, creativity and unconscious emotional life. The conference also explored the largely neglected role of fashion in clinical and mental health settings – aiming to address the many idiosyncrasies, taboos and paradoxes involved.

Zowie Broach is the head of fashion at London’s Royal College of Art. She first attracted attention for co-founding avant-garde fashion label, BOUDICCA. Launched in 1997 with her partner, Brian Kirkby. the line of highly conceptual designs and architecturally inspired tailoring became known for its non-conformist approach to commerce – for the first five years, Broach’s brand didn’t actually produces clothes for sale, other than private orders for friends. Consistently blurring the lines between fashion and art, Broach and Kirkby’s work has been displayed at London’s Victoria and Albert Museum, as well as the Art Institute of Chicago.

Alongside her role as a designer and artist, Zowie Broach has been involved in fashion education for over a decade. Teaching for eight years at the University of Westminster in London, Parsons School of Design at The New School in New York, SAIC in Chicago and Bezalel Academy of Arts and Design in Jerusalem. Between 2009 and 2011, Broach was appointed designer in residence at London College of Fashion.

As the head of fashion at the Royal College of Art, Broach has put an emphasis on the importance of artistic and intellectual experimentation, telling NY TIMES in June 2017: “From the moment I arrived here, I made it clear that I want these students to feel equipped to ask urgent questions,” and adding, “They need to feel a sense of ownership over their own cultures. They are the future, after all. It is my job is to make them feel empowered and confident enough to have strong, distinctive points of view.” After the RCA’s 2015 MA graduate fashion show, the first under Broach’s instruction, Suzy Menkes declared Broach’s appointment heralded a “new era” in London fashion.

Valerie Steele is director and chief curator of The Museum at the Fashion Institute of Technology, where she has organized more than 25 exhibitions since 1997, including The Corset, London Fashion, Gothic: Dark Glamour; Daphne Guinness, A Queer History of Fashion, Dance and Fashion and Proust’s Muse.

She is also the author or editor of more than 25 books, including Paris Fashion, Women of Fashion, Fetish: Fashion, Sex and Power, The Corset, The Berg Companion to Fashion, and. Fashion Designers A-Z: The Collection of The Museum at FIT. Her books have been translated into Chinese, French, German, Italian, Portuguese, and Russian. In addition, she is founder and editor in chief of Fashion Theory: The Journal of Dress, Body & Culture, the first peer-reviewed, scholarly journal in Fashion Studies.

Steele combines serious scholarship (and a Yale Ph.D) with the rare ability to communicate with general audiences. As author, curator, editor, and public intellectual, Valerie Steele has been instrumental in creating the modern field of fashion studies and in raising awareness of the cultural significance of fashion. She has appeared on many television programs, including The Oprah Winfrey Show and Undressed: The Story of Fashion. Described in The Washington Post as one of “fashion’s brainiest women” and by Suzy Menkes as “The Freud of Fashion,” she was listed as one of “The People Shaping the Global Fashion Industry” in the Business of Fashion 500: (2014 and 2015).

Dr Shaun Cole is Associate Dean Postgraduate Communities at London College of Fashion. He was formerly Head of Contemporary Programmes at the Victoria and Albert Museum, where he curated several exhibitions, most notably Graphic Responses to AIDS (1996), Dressing the Male (1999) and Black British Style (2004). He is Vice Chair of the Costume Society UK and associate editor of the journal Fashion Style and Popular Culture. He was consultant on exhibitions A Queer History of Fashion (FIT New York) and Club to Catwalk: London Fashion in the 1980s (V&A, London). Shaun Cole has also written and lectured on the subject of menswear and gay fashion and his publications include ‘Don We Now Our Gay Apparel’: Gay Men’s Dress in the Twentieth Century (2000), Dialogue: Relationships in Graphic Design (2005) The Story of Men’s Underwear (2010) and Fashion Media: Past and Present (2013).

Philip Mann was born in Hanover, Germany, and moved to England in 1988 where he acquired a degree in the History of Art (First Class Honours). He went on to work with the Archigram group of architects, curating their major retrospective in Vienna in 1994. Since then he has written for various publications, notably Frankfurter Allgemeine Zeitung and Vogue. He is often invited to lecture about matters sartorial-dandiaecal in Vienna, New York, Bern and, of course, London. Mann has worked intermittently on what has become The Dandy at Dusk since 1998. It will be published by Head of Zeus in October, 2017.

Bella Freud is a London-born fashion desiigner and film maker. She is renowned for her signature jumpers Je t’aime Jane, Ginsberg is God and 1970. Fans of her work include Alexa Chung, Laura Bailey, Kate Moss and Alison Mosshart. Bella Freud launched her eponymous label in 1990 and won Most Innovative Designer at the London Fashion Awards in 1991, when she produced a Super 8 short film ‘Day at the Races’ as an alternative to a fashion show. Bella continued to produce films and seasonal catwalk shows and in 1999 began her fashion film collaboration with John Malkovich. Between 2004 and 2006 Bella was appointed head of womenswear for the relaunch of Biba. She has also consulted for Miss Selfridge and Jaeger.

Bella has an ongoing Blank Canvas collaboration with Fred Perry and a range of perfume and scented candles inspired by her signature sweaters. The first Bella Freud stand alone store is located at 49 Chiltern Street, London.

Amanda Harlech was born in London and now resides in Shropshire, England. An Oxford graduate with a BA degree in English Literature, Amanda went on to begin her career as Junior Fashion Editor at Harpers & Queen. In 1984 during her time there, she met the young Central Saint Martins student, John Galliano, leaving her position to become a full time creative collaborator for John Galliano’s own label, helping to establish both his London and Paris businesses. It was during Galliano’s move to Dior in 1996 where Amanda was successfully pursued by Karl Lagerfeld and made her highly documented move to Chanel, where she has remained as a creative consultant and cultural muse, spending large periods of time in Paris.

Acting as Lagerfeld’s outside pair of eyes, Amanda has been integral to Chanel’s creative process, involved in every aspect of directing, image and brand consulting. Aside from Chanel, Amanda works alongside Karl as a consultant at Fendi, where she focuses on making the collection more expressive, through detail, colour, fabric and texture. Amanda has featured in various short films and outside of Chanel and Fendi, continues her role as stylist and writer for various publications such as V Magazine, POP, Garage and CR Fashion Book. Moreover, as reflected in her degree, Amanda has an immense passion for literature and is currently working on her first fictional novel as well as a reflective film series, ‘Cartes De Tendresse’, a documentary that maps her fashion journey.

Aikaterini (Katerina) Fotopoulou is a Reader in Psychodynamic Neuroscience at the Psychology and Language Sciences Division, University College London. Funded by a Starting Investigator Grant from the European Research Council for the project ‘Bodily Self’, she runs KatLab, a group of researchers and students that conduct studies on topics and disorders that lie at the borders between neurology and psychology. See here for projects and publications (www.fotopoulou.com). Katerina is the founder of the International Association for the Study of Affective Touch (IASAT) and the editor of the volume: Fotopoulou, A., Conway, M.A., Pfaff, D. From the Couch to the Lab: Trends in Psychodynamic Neuroscience. Oxford University Press, 2012. In 2016, Katerina was awarded the prestigious Early Career Award of the International Neuropsychology Society.

Emilia Raczkowska – “There Remains the Area of Clothes”: Enclothed Cognition from the Lab to the Couch

Emilia Raczkowska opened the second session of the day by discussing the relatively neglected role of clothes in mental health settings, including implications of dress for transference and counter-transference in the clinical encounter. Her talk offered vital reflections on the resistances to both fields: psychoanalysis and fashion and invited the panel to explore the many implications of the enclothed cognition, as a way of establishing a new important inter-disciplinary dialogue.

Emilia Raczkowska, currently the Museum’s Education and Outreach Manager, has been part of the Freud Museum Education Team since 2013, most recently establishing and leading its Outreach and Mental Health Engagement Provision. She has worked in the fields of psychology and psychoanalysis for over 10 years, specialising in innovative, imaginative clinical and community interventions for patients with psychosomatic and neurological problems, memory loss and traumatic brain injury. Her most recent research interests include enclothed cognition and phenomenology of appreciation and apprehension of beauty.

Carolyn Mair is a Chartered Psychologist and Fellow of the British Psychological Society. Having been hired as Subject Director for Psychology at London College of Fashion, University of the Arts London, she established the world’s only Masters and undergraduate courses to apply Psychology in the context of fashion. She became Professor of Psychology for Fashion in 2017. Carolyn has a PhD in Cognitive Neuroscience, MSc Research Methods and BSc (Hons) in Applied Psychology and Computing. Prior to becoming an academic she worked as a visual merchandiser, graphic designer and portrait artist.

Anouchka Grose is a practising psychoanalyst and member of the Centre for Freudian Analysis and Research, where she regularly lectures. She is the author of two novels, as well as several non-fiction books including, No More Silly Love Songs: A Realist’s Guide to Romance (2010), and Are You Considering Therapy? (2011). She is the editor of Hysteria Today (2015), a collection of essays on hysteria in the contemporary psychoanalytic clinic. Her journalism is published in The Guardian, and she also writes for numerous art and fashion publications. She has taught at Camberwell School of Art and gives talks on art and psychoanalysis in museums and galleries, as well as sometimes speaking on the radio. Her new book, ‘From Anxiety to Zoolander: Notes on psychoanalysis’ will be published by Karnac this autumn.

Claire Pajaczkowska is Senior Tutor in Fashion and Textiles Research in the School of Design, Royal College of Art, where she leads a group of postgraduate researchers in fashion and textiles. The exploration of the relationship between digital and analogue experience has been the focus of her research for many years. Recent lectures include the New York No Wave: the film and photography of Vivienne Dick and Nan Goldin at the Ireland Museum of Modern Art Dublin (September 2017), Smart Textiles and the Human Computer Interface, Beyond Disciplinary Boundaries in Design (London College of Fashion July 2017), University of Bucharest, School of Architecture and ‘Urbanism: Design in the Digital Age’ (2012). She is the author of Perversion (Icon Books, 2001) and co-editor of Shame and Sexuality: Psychoanalysis and Visual Culture (Routledge, 2008)